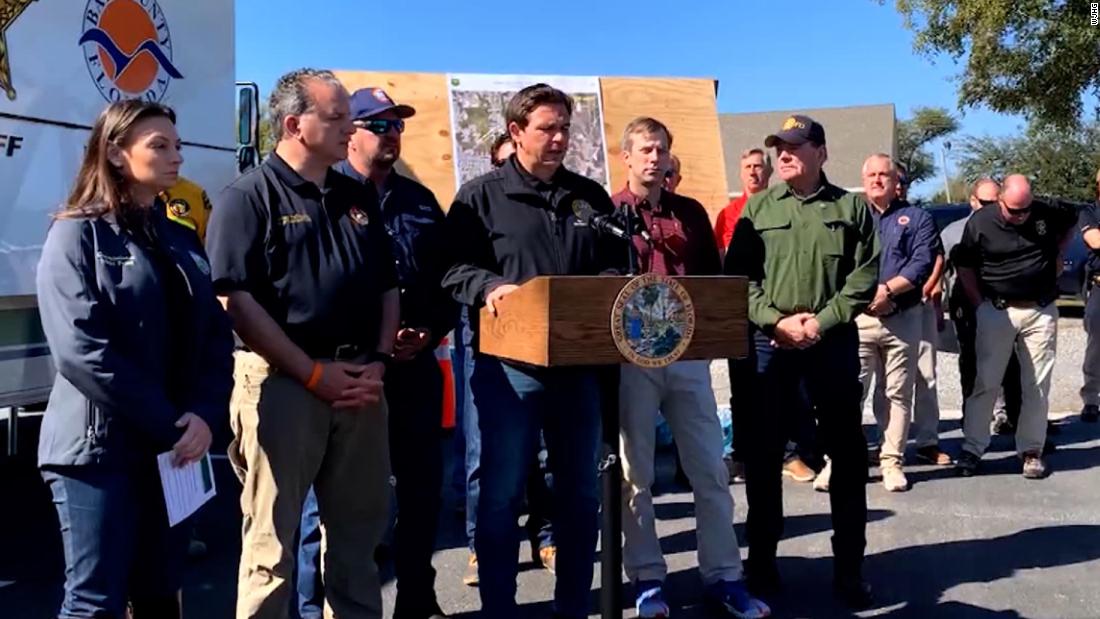 “Right now, the main focus is, of course, is getting the fire contained, but we are marshaling assets and we will provide whatever the folks here in northwest Florida [need],” DeSantis said.

The fire, which started Friday, is 30% contained, the Florida Forest Service (FFS) said in a press release.

The FFS said the cause of the fire is under investigation, and a burn ban has been issued for Bay County.

At a news conference on Friday, Bay County Sheriff Tom Ford said the fire started when someone was burning trash in their backyard and the flames got out of hand.

Bay County Emergency Services Chief Brad Monroe said at Saturday’s news conference that the size and force of the fire was “hard to describe,” and that on Friday the fire “happened in just less than an hour.”

Authorities say that fuel on the ground and leftover debris from Hurricane Michael in 2018, in addition to low humidity and strong winds, contributed to its intensity.

“These added fuels and dense pockets of vegetation from Hurricane Michael increased the intensity of wildfires and can be difficult at times to suppress them,” Fried said.

Fried also implored residents not to burn trash or yard waste in their backyards.

“The Florida National Guard is bringing in crews to activate up to four helicopters should we need that asset,” Guthrie added, saying that two strike teams are on stand-by.

Residents evacuated Friday are not allowed back in their homes, Ford told reporters Saturday. Shelters are available and allowing pets.

Bay County has about 175,000 permanent residents in its 748 square miles. Panama City, a major tourist destination, is its largest city.

There are currently 143 active wildfires burning approximately 4,700 acres across Florida, including the 1,600-acre Bertha Swamp Fire in Gulf County, the FFS said in the release.