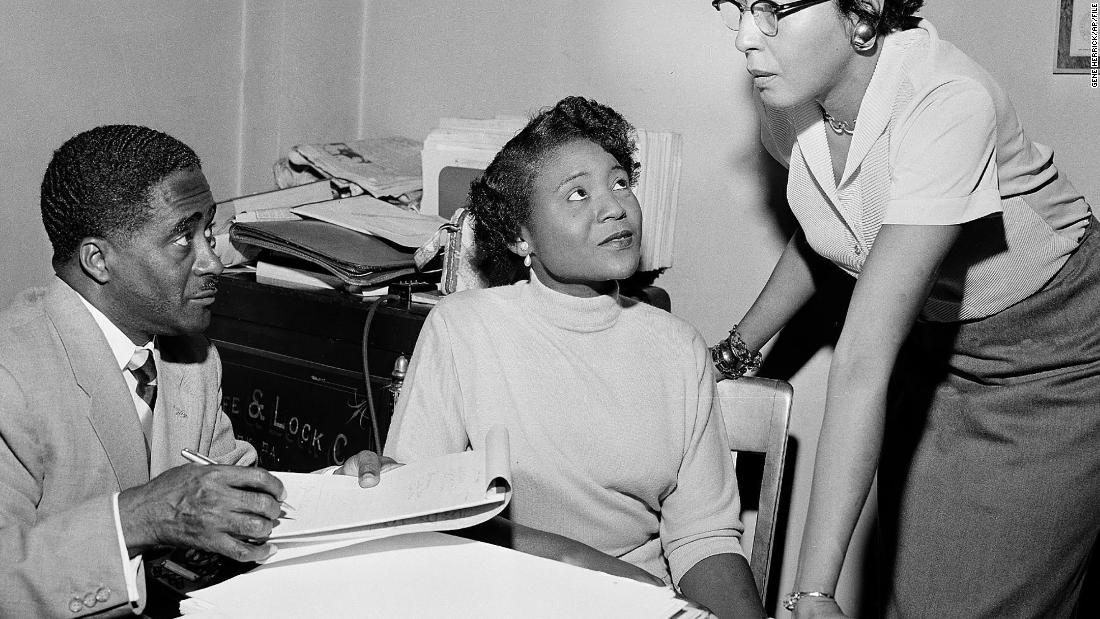 Autherine Lucy Foster, whose last name was then Lucy, made history in 1956 when she enrolled as the university’s first Black student. She was the first Black person to go to an all-White school or university in the state.

“While we mourn the loss of a legend who embodied love, integrity and a spirit of determination, we are comforted by knowing her legacy will continue at The University of Alabama and beyond,” UA President Stuart R. Bell said in a statement.

Bell said Foster “will always be remembered as one who broke barriers, reminded us of the respect due to every individual and lived a life of strength in steadfast service to her students and community.”

The civil rights activist and education leader was expelled from school after her third day of classes, following a violent mob that surrounded the building that now bears her name. At the time, she took shelter in the School of Education Library after university officials helped her escape.

Decades later, Foster enrolled at the university’s College of Education in 1989 and earned her master’s degree in education in 1991.

She had an endowed scholarship named after her by the university, which is given to a Black undergraduate student yearly. A clock tower was dedicated to her in 2010. In 2019, Foster received an honorary doctorate from the University of Alabama.

Last week, Foster attended the dedication of the building that houses the university’s school of education. Officials had initially decided to name the building Lucy-Graves Hall after its first Black student and civil rights activist Autherine Lucy Foster and Bibb Graves, a former Alabama governor and a Ku Klux Klan leader.

But the University of Alabama System’s Board of Trustees voted to name the building only after Foster after a week of backlash from students, faculty and community members.

“If I’m a master teacher, do you know what I hope I’m teaching you? That love will take care of everything in our world,” Foster told attendees at the building’s dedication event last week.

“It’s not your color, it’s not how bright you are. It’s how you feel about those that you deal with,” she added.