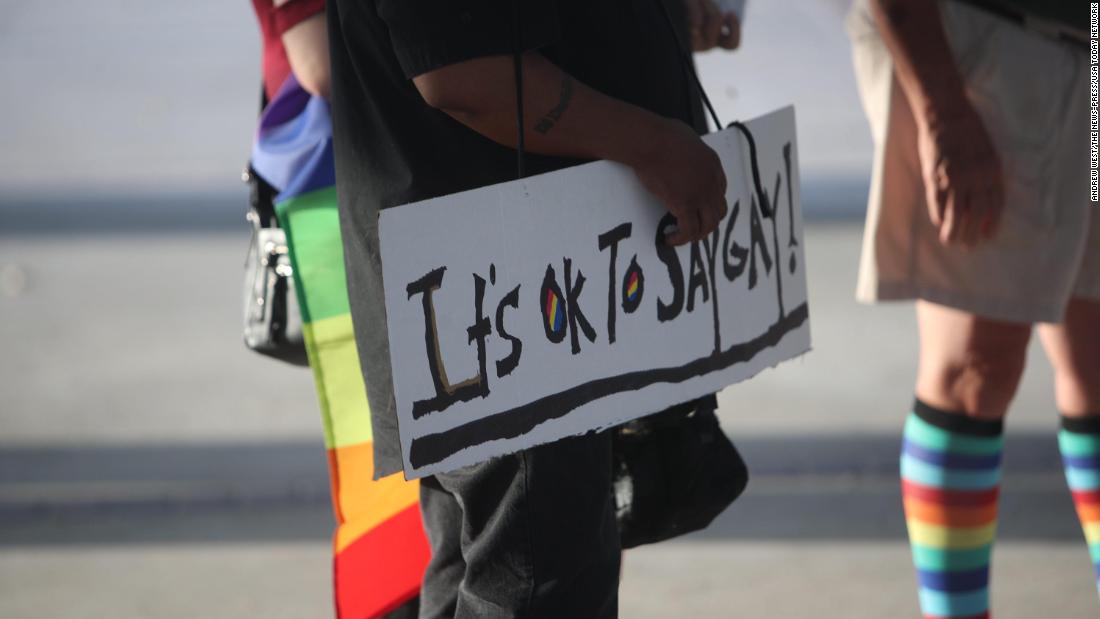 It’s the first legal challenge seeking to block implementation and enforcement of the law, which Florida Republican Gov. Ron DeSantis signed on Monday. The controversial law, dubbed “Don’t Say Gay” by its opponents, is set to take effect in July.

CNN has reached out to DeSantis’ office for comment.

The lawsuit calls the Florida law an “unlawful attempt to stigmatize, silence and erase LGBTQ people in Florida’s public schools.”

“It seeks to do so by imposing a sweeping, vague ban covering any instruction on ‘sexual orientation and gender identity,’ and by constructing a diffuse enforcement scheme designed to maximize the chilling effect of this prohibition,” the complaint reads.

According to the new “Parental Rights in Education” law in Florida, “classroom instruction by school personnel or third parties on sexual orientation or gender identity may not occur in kindergarten through grade 3 or in a manner that is not age-appropriate or developmentally appropriate for students in accordance with state standards.”

Parents would be able to bring civil suits against a school district for any potential rule violation, under the new law.

During the bill signing Monday, DeSantis said that Florida recognizes that “parents have a fundamental role in the education, health care and well-being of their children.”

The plaintiffs in Thursday’s lawsuit include Equality Florida, an LGBTQ advocacy organization; Family Equality, a New York-based nonprofit; a 17-year-old sophomore in Palmetto, Florida, who identifies as gay; an 18-year-old senior in Osprey, Florida, who identifies as gay; the parent of a transgender fifth-grader in Florida; three same-sex couples living in Florida with young children; and a middle-school public teacher in Grand Ridge, Florida.

The plaintiffs say the new law violates the First and 14th Amendments, and Title IX protections.

“This effort to control young minds through state censorship — and to demean LGBTQ lives by denying their reality — is a grave abuse of power. The United States Supreme Court has repeatedly affirmed that LGBTQ people and families are at home in our constitutional order. The State of Florida has no right to declare them outcasts, or to treat their allies as outlaws, by punishing schools where someone dares to affirm their identity and dignity,” acccording to the complaint.

Proponents of the new law say it gives parents more oversight over what their children learn and discuss at school and argue that LGBTQ-related topics should be left for families to discuss in private. Opponents say the law will negatively affect an already marginalized community and also argue it would open educators up to an endless barrage of litigation.