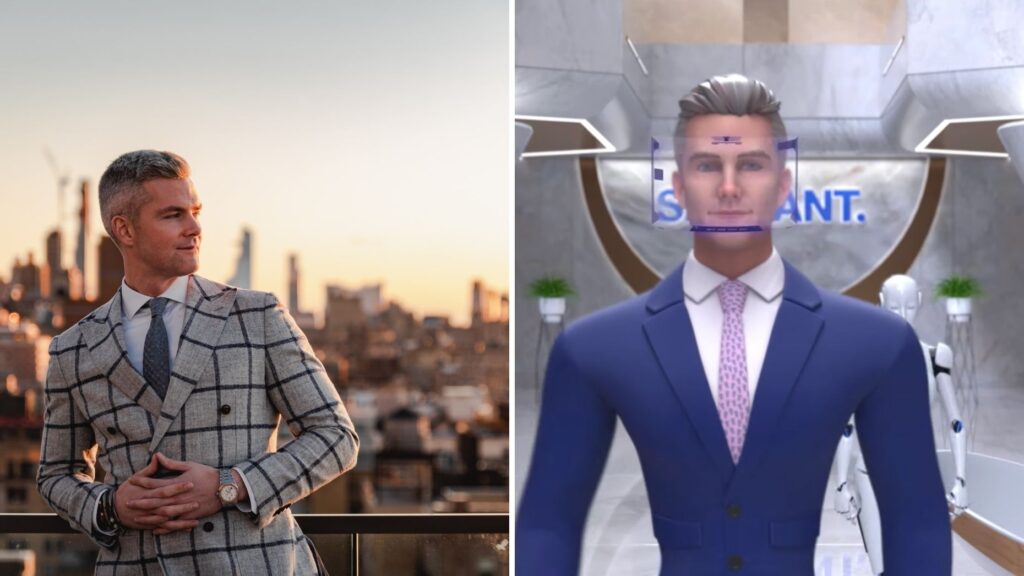 Back in January, luxury broker Ryan Serhant announced via Instagram that he’d be launching a virtual world for agents and employees of his brokerage, SERHANT., called UNIVERS.

The brokerage shared further details on Monday about the forthcoming virtual world’s release, as well as sneak-peek footage of what the world will look like.

Serhant, the brokerage’s founder and CEO, noted in a press statement that a virtual world was always built into his business plan.

“The period at the end of our company name — SERHANT. — has always represented our own virtual world and I’m so excited to finally be able to share it,” Serhant said. A SERHANT. rep clarified to Inman that the period, since it is globular in shape and is represented as a globe in the company’s logo, signifies the virtual world.

“We are future-obsessed and mobile-first. Since I first envisioned building my own real estate firm, I knew I wanted to prioritize the agent experience and design all of the company’s elements to support on-the-go salespeople; developing our own proprietary virtual operating world has been a cornerstone of our business plan since the beginning.”

UNIVERS. will be one centralized location, modeled on SERHANT.’s physical office building in SoHo, New York City, where agents and employees can access tools, documents, educational and marketing resources, and more, within the metaverse.

The virtual world, which is still under development, is expected to beta test in Spring 2022 and officially launch by the end of 2022.

The press release also cited the move as an environmentally friendly step towards expansion that will allow the company to quickly move into new markets without having to open as many physical offices. However, the company did also note it had plans to open flagship office locations in major markets across the country as part of its overall growth.

Serhant said that the tech-forward move would also help the brokerage cater to younger generations of customers. A SERHANT. rep also clarified to Inman that the brokerage hopes to someday expand UNIVERS.’s user base beyond just SERHANT. agents and employees to its clients.

“Beyond allowing us to quickly expand our footprint and culture into new markets, the UNIVERS. will help us better serve agents and clients today, in 2035, and beyond,” Serhant said. “Today’s teenagers are tomorrow’s workforce, buyers and sellers, and we are building a real estate company that will support them in the way they prefer to work and communicate.”

In real estate, the phrase “virtual world” often conjures thoughts of virtual brokerage eXp Realty’s virtual world, eXp World, by virtual world creator VirBELA. When asked if creating UNIVERS. was an attempt to position SERHANT. in direct competition with eXp Realty, a SERHANT. rep said the brokerage was not trying to establish itself into a virtual brokerage like eXp, but rather, just opening up new possibilities for agents, employees, and eventually, clients, by introducing a new virtual component to the company.

The brokerage further stressed that some of the primary motivations for launching the virtual world were to more easily facilitate expansion across the country and to connect with future homebuyers, as well as to serve agents.