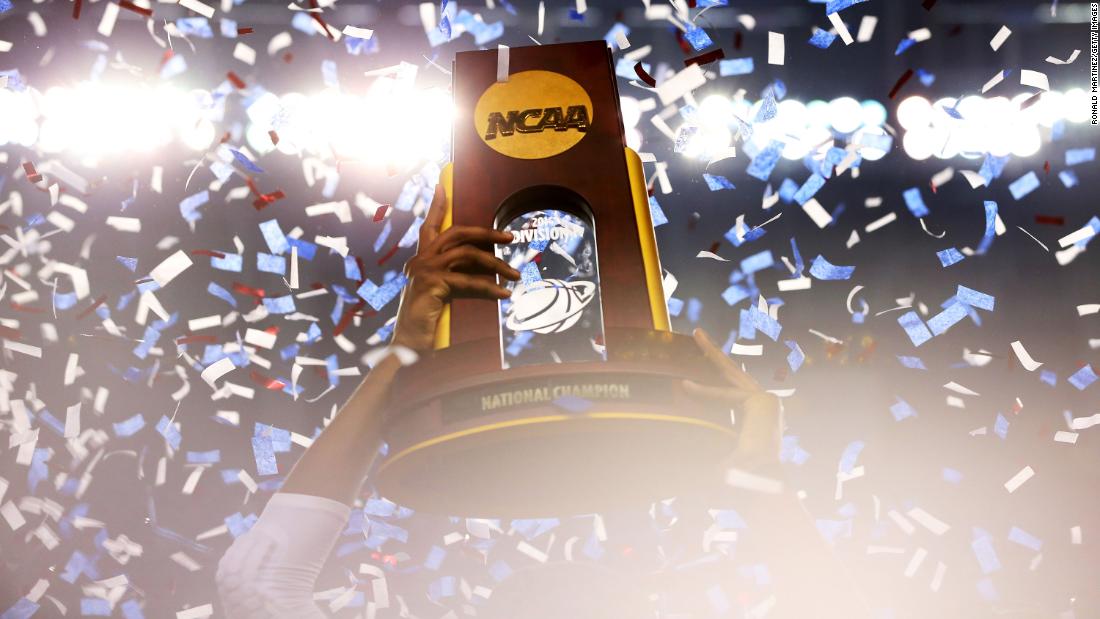 Yes, the winner of your office pool may very well be the person who doesn’t know the difference between the Blue Man Group and the Duke Blue Devils — March Madness can truly be that unpredictable.

But whether you’re one of those nuts or novices, this truly is one of the most exciting years if you’re at all into sports.

With that in mind, here are five things you should keep in mind for your bracket and the tournament at large.

Most bracket competitions require you to pick the winner of every game, once the field slims to 64 teams. The upsets, where the lower seed beats the higher seed, are most likely to happen in the first round with each round historically having about half as many upsets as the round preceding it.

But you gotta be smart with picking an upset. The chance of a No. 1 seed going down to defeat in the round of 64 is minimal. That situation happened just once since 1985: when the 16th-seeded University of Maryland, Baltimore County (UMBC) Retrievers beat the No. 1 ranked Virginia Cavaliers by an astounding 20 points, 74-54, in 2018.

Remember though, even an excellent bracket is very unlikely to be perfect. The chance of filling out a perfect bracket? About one in two billion.

2. You’re not alone if you don’t know what you’re doing filling out a bracket

There’s no reputable poll I know of that asks people “are you going to fill out a bracket, even though you don’t know anything about college basketball?”

Yet college basketball is unique among the major sports events and leagues — beside the NFL — in how people search for it on Google. While more people will often search for a given sport during its playoffs, they especially do so during the NCAA tournament.

In fact, about 39% of all searches for college basketball happened during the weeks of the tournament last year.

This provides evidence that there are probably a lot of people searching about college basketball during the tournament who don’t pay attention the rest of the year.

3. It’s unlikely that billions are being lost in productivity

So I’m lucky in so far as people at my job have, in the past, asked me to fill out brackets in my official capacity as a data guy. Side note: I think I came in fourth at CNN last year by just picking the higher seed in every game.

A lot of you though are probably trying to figure out how to win your bracket and follow the scores of the games on company time. It doesn’t help that the round of 64 starts at around 12 p.m. ET on Thursday.

There are some academic studies that show some productivity is being lost during the work day, though there are also some signs that office pools bring people together.
What’s probably not the case is that billions of dollars are being lost to lack of productivity. These claims have been around for decades. My old colleague Carl Bialik — at the Wall Street Journal then — noted in 2005 that they’re really more of a “guess” and rely on a lot of assumptions more than anything else.

Additionally, these studies often don’t control for a lot of things including the fact that work not done during a game can, and often will, be made up earlier or later; I’m writing this article at 5:30 p.m. on a Sunday for instance.

4. Most people aren’t filling out brackets or following along

Part of the reason there won’t be that much productivity lost is that most people aren’t going to be watching the tournament or filling out brackets. Last year, for instance, about 17 million people watched the Final on CBS. Usually, it’s around or a little north of 20 million people.
By comparison, the Super Bowl audience is at least five times that: this year’s Super Bowl attracted over 112 million viewers. The NCAA tournament is more comparable to the NBA Finals or the World Series.
A 2014 Marist College poll found that 15% of American adults fill out a bracket, which is about 40 million adults; that figure nearly matches estimates from the American Gaming Association for how many people fill out brackets.

The people who are filling out the bracket do stand out from the rest of the population in two ways.

First, they’re overwhelmingly men. According to that Marist College poll, 23% of men were planning on filling out a bracket compared to 7% of women. For reference, 55% of college sports fans were men and 45% were women in the same poll.

Second, and perhaps not surprisingly, they’re far more likely to have graduated from college — this is a college tournament after all. About a quarter (26%) of all college graduates claimed they were filling out a bracket in the poll. A mere 7% of non-college graduates said the same.

I originally wanted to end this article by finding a number that proved that most people wanted Duke to lose. Unfortunately, there are no polls meeting CNN standards for publication that ask about college basketball fandom nationwide — the polls from North Carolina do indicate Duke is not the favorite in their home state.
Still, given the sentiment on Twitter, the fact that there is a book devoted to hating Duke and the tendency for Americans to root for the underdog, there are going to be plenty of happy people if Duke goes down to defeat in this tournament.
That seems likely. Duke’s chance of winning the tournament is 3%, according to FiveThirtyEight. It may take a few rounds as Duke is favored to win in their first few games, but it should happen eventually.
If Duke loses, it will be seven years since they last won an NCAA basketball title. And with Mike Krzyzewski retiring after this season, it will hopefully be many more before they win again.

Of course, no team has more than a 27% chance of winning the tournament. This is the beauty of what I mentioned at the top: March Madness means it’s anyone’s game.

Now, if you’ll excuse me, I have a bracket I have to go fill out.