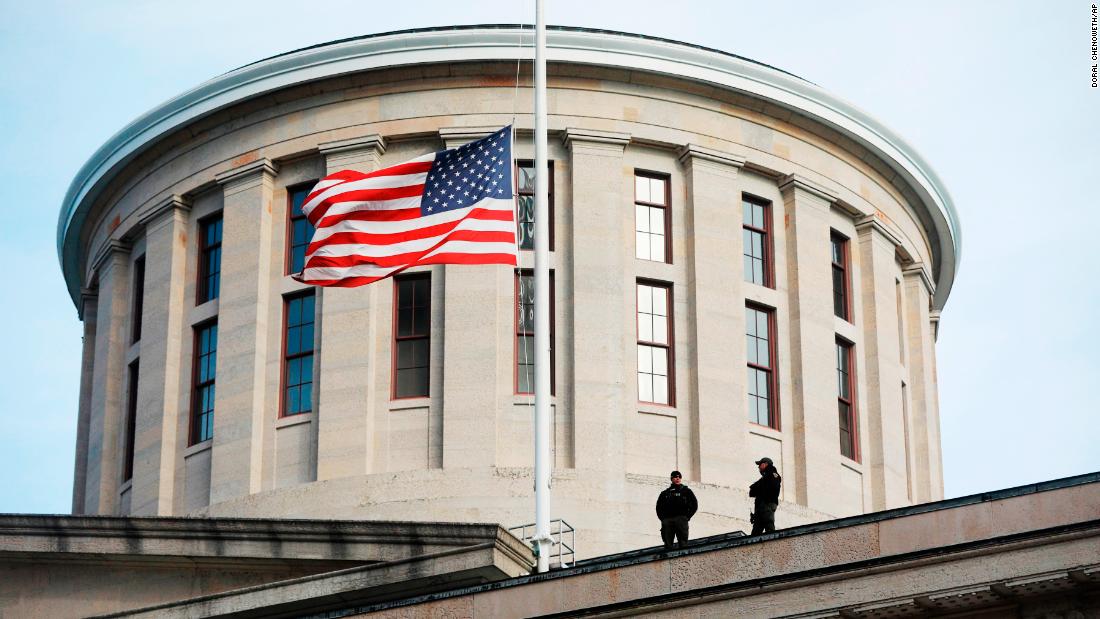 House Bill 616 would ban the teaching or providing of “any curriculum or instructional materials on sexual orientation or gender identity” to students in kindergarten through third grade, using similar language to Florida’s provision.

The bill also goes a step further than the recently passed Florida law, forbidding Ohio public school educators in grades 4 through 12 from teaching or using “instructional materials on sexual orientation or gender identity in any manner that is not age-appropriate or developmentally appropriate for students in accordance with state standards.” The drafted bill language does not specify what “age-appropriate” or “developmentally appropriate” material might qualify.

The proposed legislation positions Ohio to potentially join a number of Republican-led states pushing legislation that many opponents say is potentially harmful to LGBTQ children and young adults.
One of the bill’s sponsors, state Rep. Mike Loychik, tweeted Tuesday that “curriculum about gender identity and sexuality has no place in K-3 classrooms, period. That’s why I just introduced a bill to ban curriculum about sexuality and gender identity until 3rd grade in Ohio.”

The bill would also ban curriculum for all grades that may teach, promote or endorse what it calls “divisive or inherently racist concepts.” It would outlaw any textbook, instructional material or academic curriculum that “promotes” concepts including critical race theory, intersectional theory, The 1619 Project, diversity, equity and inclusion learning outcomes, inherited racial guilt or “any other concept that the state board of education defines as divisive or inherently racist.”

Members of the public would be able to file complaints against school employees to allege violations of the law, according to the bill. An accused educator would be entitled to a hearing on the allegations but can be disciplined if they’re found in violation of the law and school districts can lose state funding as a result.

Ohio Education Association President Scott DiMauro told CNN on Tuesday that the broad language in the bill could significantly hinder educators’ approach to certain topics, out of fear for their jobs.

“I think it’s probably by design, that they just want to instill fear, that if you wonder if something may or may not be considered controversial or considered divisive or considered illegal under this legislation, the safest bet is to just not talk about it at all. And that’s the real harm that’s caused because that deprives our students from a complete and honest education,” DiMauro said.

DiMauro said the union is against the proposed measure and will actively work against it if it gains steam within the state legislature.

“Ohio’s Don’t Say Gay bill is yet another insidious attempt to chill and censor free speech in the classroom. Lawmakers are effectively trying to erase LGBTQ+ people and skew history in their favor,” said Equality Ohio’s Executive Director Alana Jochum.

“Attacks like these are a product of a small minority of people pushing their agenda to dismantle diversity at all costs — and in the process putting educators and families in jeopardy for political gain. Equality Ohio vehemently opposes House Bill 616, and we will work tirelessly to stop it from inching its way into our classrooms.”

“Well, my thoughts are it’s a disgusting bill, it legitimizes bigotry and I think anytime we see pieces of legislation introduced, this to me speaks to the extremism that continues to run rampant in this statehouse and we cannot continue to grow as a state economically, do right by our Ohio families if we don’t embrace our diversity and make sure that this state is inclusive for all Ohioans,” Russo said.

The bill did not appear to have any scheduled action as of Tuesday evening, according to the state legislative website.