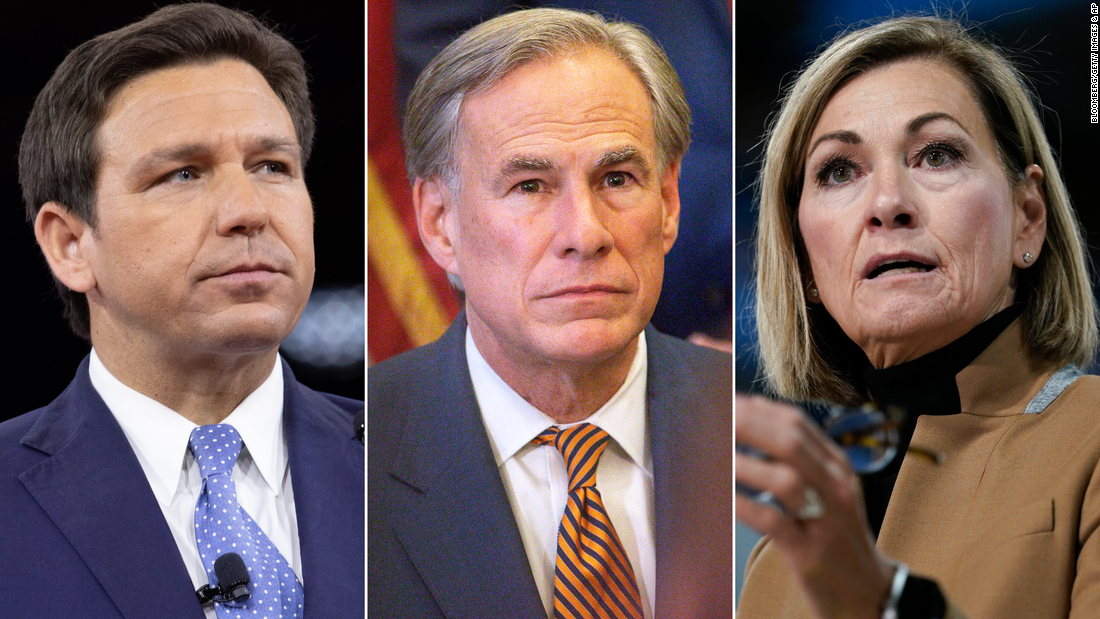 The proposals range from prohibiting instruction about gender identity in the classroom to restricting access to gender-affirming health care and excluding transgender youth from school athletics.

Republican Gov. Ron DeSantis has previously signaled his support for the legislation. But Florida isn’t the only state pushing legislation that many opponents say is potentially harmful to LGBTQ children and young adults.

On Tuesday, Idaho’s state House approved HB 675, which stipulates medical personnel who provide gender-affirming health care and parents who agree for their child to receive such care could face life in prison. The bill passed 55-13 and now moves to the Senate. The measure adds medical care for transgender youth to a section of Idaho law already on the books that bans female genital mutilation.

Iowa, Tennessee, and Oklahoma are among the states that are considering the most pieces of anti-LGBTQ legislation, according to the American Civil Liberties Union.

Opponents have dubbed it the “Don’t Say Gay” bill, arguing the ban it creates would negatively impact LGBTQ youth. The bill also bans schools from withholding any information about a student and the curriculum to parents.

The reaction: Some Florida residents have been struck by what they feel is the bill’s underlying discrimination. Statewide, Florida students have hosted school walkouts in protest of the bill.

On Monday, more than 500 students participated in a massive walkout at Winter Park High School in Orange County.

Last week, protesters also stood outside the Florida Capitol building during a congressional hearing. Florida Rep. Carlos Smith greeted the group of protesters and said in a tweet: “To LGBTQ youth, we stand with you, we see you, you matter and we get up and fight for you every single day!”

Late Monday, state Sen. Shevrin D. “Shev” Jones broke down in tears during a Senate floor debate on the bill. Jones was comforted by fellow senators as he broke down about his own struggle coming out as a gay man.

“I never knew that living my truth would cause church members to leave my dad’s church, or friends to stop talking to me, or family to make jokes about who you are,” he said tearfully.

After the bill passed Tuesday, criticism was swift.

“Discriminatory pieces of legislation like the ‘Don’t Say Gay or Trans’ bill don’t solve any critical issues in Florida. Instead, these bills shamefully attack and endanger LGBTQ+ students who are just trying to get a quality education, whom the state has an obligation to treat fairly and protect,” said Cathryn M. Oakley, state legislative director and senior counsel at the Human Rights Campaign.

What’s next? The bill will now head to the governor’s office and await approval. DeSantis has already expressed his support for the bill.

Although the Texas legislature will not convene for a regular session this year, Republican Gov. Greg Abbott issued an executive order last month to the Texas Department of Family and Protective Services (DFPS) to launch a full child abuse investigation into parents of trans children.
This order came after a legal opinion published by Texas Attorney General Ken Paxton stating that any gender-affirming health care for trans children is considered child abuse.

The reaction: Texas DFPS has yet to launch an investigation into any family seeking gender-affirming procedures of prescribed medication. The first attempt was barred by a district court judge in Texas after the Texas ACLU filed a restraining order on behalf of a family wanting gender-affirming health care for their trans daughter. On Wednesday, the Third Court of Appeals in Texas dismissed Abbott’s appeal to a temporary restraining order that ordered the state to halt its investigation of the family with the transgender teen.

Less than a week after the governor issued the directive, the ACLU and other groups claimed DFPS was already investigating multiple families, including the family mentioned in the lawsuit and listed anonymously as the “Doe” family.

Last week, Jeff Younger — a Republican candidate for the Texas House of Representatives and supporter of Abbott’s order — was confronted by a group of protesters at University of North Texas for an event hosted by a conservative student group on campus. Social media shows video of Younger clapping at students chanting “fascists” at him as they banged on desks in protest. Students who attended the event reported that Younger was met with more boos and chanting while he spoke.

What’s next? With Abbott’s order being challenged in court, it’s unclear what its fate will be.

Paxton announced Wednesday he is suing the Biden administration over guidance from federal health officials that conflicts with his legal opinion that gender-affirming procedures in children should be considered “child abuse.”

Abbott and Paxton were both candidates for the Republican primary last week in which Abbott won the primary for governor and Paxton advanced to the runoff.

Last week, Iowa Gov. Kim Reynolds signed HF 2416, a bill stating, “only female students, based on their sex, may participate in any team, sport, or athletic event designated as being for females, women, or girls.” The legislation applies to public schools of all levels including colleges and universities.

“Based on their sex” — as defined by the bill — means the sex that is defined on a student’s birth certificate.

Reynolds argued that the physicality of someone assigned male at birth is a natural advantage in comparison to that of a woman, thus inspiring her decisions to pass the bill. She said that allowing trans women to play women’s sports is not inclusive because they are still men in her opinion.

How many pieces of anti-LGBTQ legislation? 15

The reaction: Iowa schools have already openly opposed the bill. In a statement last Thursday, the Cedar Rapids Community School District (CRCSD) said it will not support “any anti-LGBTQ+ laws.”

“Our purpose is to serve and protect our LGTBQ+ youth, as every member of our CRCSD community is valued and respected regardless of gender identity,” the CRCSD said.

The ACLU of Iowa has expressed concerns for the bill on social media stating, “This is a dark day for Iowa.”

LGBTQ rights groups like Trevor Project and the Human Rights Campaign have also publicly opposed the legislation. They have also shared their support for trans youth in Iowa on social media, and they stated that they will continue to advocate for trans rights in the state.

What’s next? After signing the bill, it was immediately put into effect in the state.

Opponents have had some limited legal success in fighting such measures, including last year when a federal judge temporarily blocked West Virginia’s enforcement of its ban after advocates sued the state, with the judge saying he had “been provided with scant evidence that this law addresses any problem at all, let alone an important problem.” And in 2020, a federal judge blocked Idaho’s enforcement of its sports ban, but some parents of transgender youth say recent measures like HB 675 will continue to take away their ability to make internal family decisions about what is best for their children.

Tennessee Sen. Rob Standridge authored HB 0800, which would bar any discussion, textbook, or instructional materials on “LGBT issues or lifestyle” in public schools. The bill suggests that these discussion materials “should be subject to the same restrictions and limitations placed on the teaching of religion in public schools.”

How many pieces of anti-LGBTQ legislation? 13

The reaction: Students and LGBTQ activists have taken to social media saying the bill causes more harm to LGBTQ youth.

The bill says books and instructional materials supporting LGBTQ issues and life experiences are anti-Christian and are less necessary than reading, writing and math.

What’s next? On Tuesday, HB 0800 successfully passed through the House and is now moving to the full chamber. The Senate has not made much progress with the approval process. Gov. Bill Lee has not publicly weighed in on the legislation.

During a legislative session last week, Oklahoma Rep. Justin Humphrey proposed SB 1142 prohibiting certain public school libraries from keeping books about “the study of sex, sexual preferences, sexual activity, sexual perversion, sex-based classifications, sexual identity, or gender identity or books that are of a sexual nature that a reasonable parent or legal guardian would want to know of or approve of prior to their child being exposed to it.” Under the proposed legislation, if a parent/guardian requests the removal of a book for these reasons, and it is not removed, the parent gets paid $10,000 each day it stays on shelves.
This comes after a previous ban in Oklahoma prohibiting mandatory diversity training that includes lessons on race, gender and sexuality for public school university students, which was signed into law in May last year.

How many pieces of anti-LGBTQ legislation? 13

The reaction: SB 1142 comes after a parent complaint to Oklahoma Attorney General John O’Connor. Parents were appalled by what some called obscene content in school library books, specifically those with LGBTQ-centered themes.

What’s next? The bill was passed by the Senate and now moves to the House floor.

CNN’s Priya Krishnakumar and Devan Cole contributed to this report.