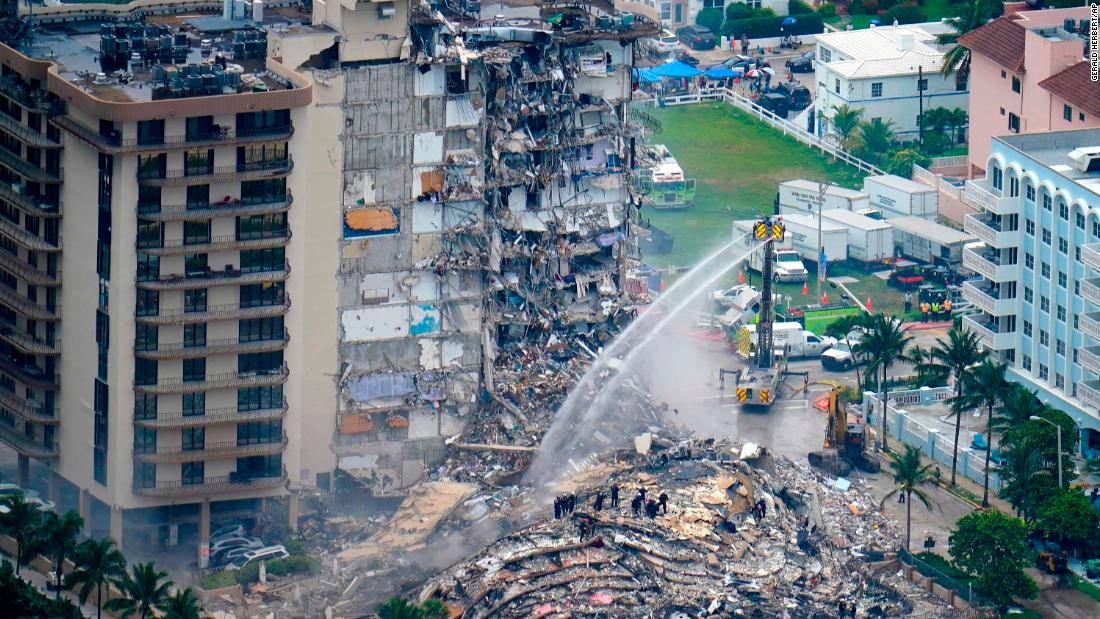 The compromise settlement was originally agreed upon in February, the Miami Herald reported. Nearly $50 million of the settlement would come from a payout from the condo association’s insurance carrier while the remaining $33 million would come from the sale of the property where the building once stood, the Herald reported. The opening bid for the property stands at $120 million, the newspaper said.
The settlement comes less than a year after a portion of the condo building collapsed in the middle of the night on June 24 as many residents slept, killing 98 people. The victims ranged from 1 to 92 years old.

“Everybody in this case is a victim, there is no question about that,” Hanzman said before giving his final approval. “Please know that this court is not diminishing in any respect your pain and suffering and trauma you have suffered … we have 98 people who lost their lives, and this case has to be kept in perspective.”

The heirs of the 98 victims were classified as the wrongful death class during the hearing and the surviving condominium owners were referred to as the economic class. Attorneys for the Champlain Towers South Condominium Association were also involved in the settlement.

The court based its decision on the basis that the settlement was “fair, reasonable, and adequate,” but due to some concerns, the judge announced two conditions he was adding to the agreement.

“Number one, this settlement is going to be contingent upon the real estate closing for at least $120 million dollars,” Hanzman said. “And until and unless that happens there will not be one penny distributed to the condominium owners.”

“Number two, I am not going to deduct insurance,” he said, adding that he would instead deduct $750,000 off the top “which the court will use to partially compensate counsel … and for the past expenses to maintain this property up to today.”

In his statement following the testimony, Hanzman acknowledged the law and the judicial system would not be able to “alleviate the pain and suffering that these people are enduring.”

Hanzman also praised the settlement and the attorneys, whom he said worked hard to establish it, saying the court did not wish “to let the perfect be the enemy of the good.”

Victims of the Champlain Towers South collapse were from all over the world and the grief touched members of a tight-knit Jewish community and families from as far away as Argentina, Paraguay and Colombia.

At the time, Miami-Dade County Mayor Daniella Levine Cava called the collapse “the largest non-hurricane related emergency response in the history of our state.”

Crews carried out recovery efforts for weeks, combing through rubble and debris while the families and loved ones of victims waited for information.

The concrete in the pool and underground garage area has been a focus as engineers and government officials investigate the cause of the collapse, CNN has reported.