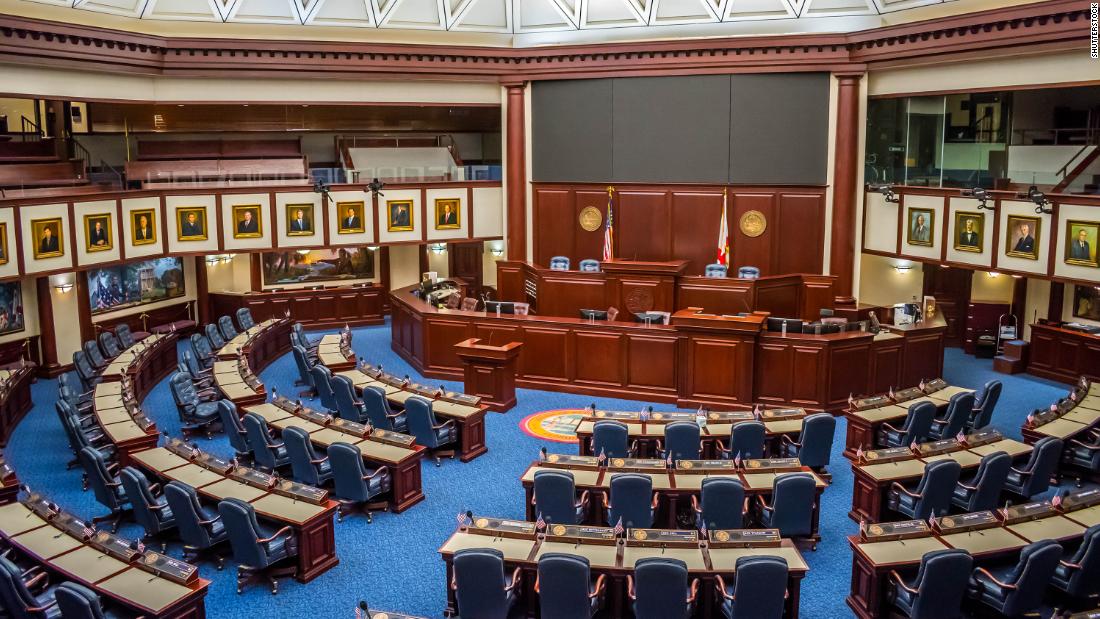 The Republican-sponsored bill was passed by the state Senate on Thursday night, and was swiftly condemned by President Joe Biden. DeSantis, who has voiced support for the measure, has a seven-day deadline after the bill is presented to him to sign or veto it.
The bill makes Florida the latest Republican-led state, along with West Virginia and Arizona, to advance a 15-week abortion ban bill this session. Meanwhile, the US Supreme Court appears poised to uphold a similar Mississippi law that bars abortion after 15 weeks. The fate of Roe v. Wade, the landmark 1973 Supreme Court decision that legalized abortion nationwide, also hangs in the balance, and anti-abortion activists are hopeful that the court’s conservative majority will strike it down.
Florida’s abortion bill also adds to the list of recent measures endorsed by DeSantis that strike at sensitive cultural issues, particularly ones involving LGBTQ rights and education, as he continues to solidify his standing as one of the most prominent Republican leaders in the country.

Florida law currently bans abortions in the third trimester. It allows exceptions if the procedure is necessary to save the pregnant woman’s life or avert “serious risk of imminent substantial and irreversible physical impairment” to a pregnant woman.

The bill passed by both chambers would keep those exemptions and add another: if the fetus has a fatal abnormality.

The more than a dozen amendments proposed by Democrats, including one that would provide an exception for rape and incest, failed.

Senators voted along party lines 23-15 in favor of the legislation, which, if signed into law by DeSantis, would go into effect July 1.

“We have a duty to protect life. This bill safeguards innocent, unborn children with beating hearts, who can move, taste, see, and feel pain,” Republican state Sen. Kelli Stargel, who was the bill’s main sponsor in the Senate, said in a statement.

Democrats were quick to voice their opposition, with Biden calling the bill “dangerous” in a tweet Friday morning.

“My Administration will not stand for the continued erosion of women’s constitutional rights,” Biden said.

Florida Democratic House members called it “a direct assault on the people of Florida and our constitutional rights,” and Miami-Dade County Mayor Daniella Levine Cava, a Democrat, said that the measure would roll back a basic dignity for women.
“More troubling is rejecting exceptions for rape and incest, even for young girls. Abortion is a deeply personal decision, and silencing that decision is outrageous and wrong,” she said on social media.

If enacted, the bill would be the strictest law on abortion in the state’s history, according to Planned Parenthood.

Florida now joins West Virginia and Arizona as conservative-led states advancing a 15-week abortion ban bill this session, one of several controversial bills the Republican-led legislature is pushing.
State GOP lawmakers have advanced a bill, dubbed by opponents as the “Don’t Say Gay” bill, that would prohibit schools from “encouraging” talk of sexual orientation and gender identity in some classrooms. Another bill that DeSantis backs would shield people from feeling “discomfort” or “guilt” based on their race, sex or national origin.

This story has been updated to add additional reaction and background information.

CNN’s Sean Federico-OMurchu and Steve Contorno contributed to this report.