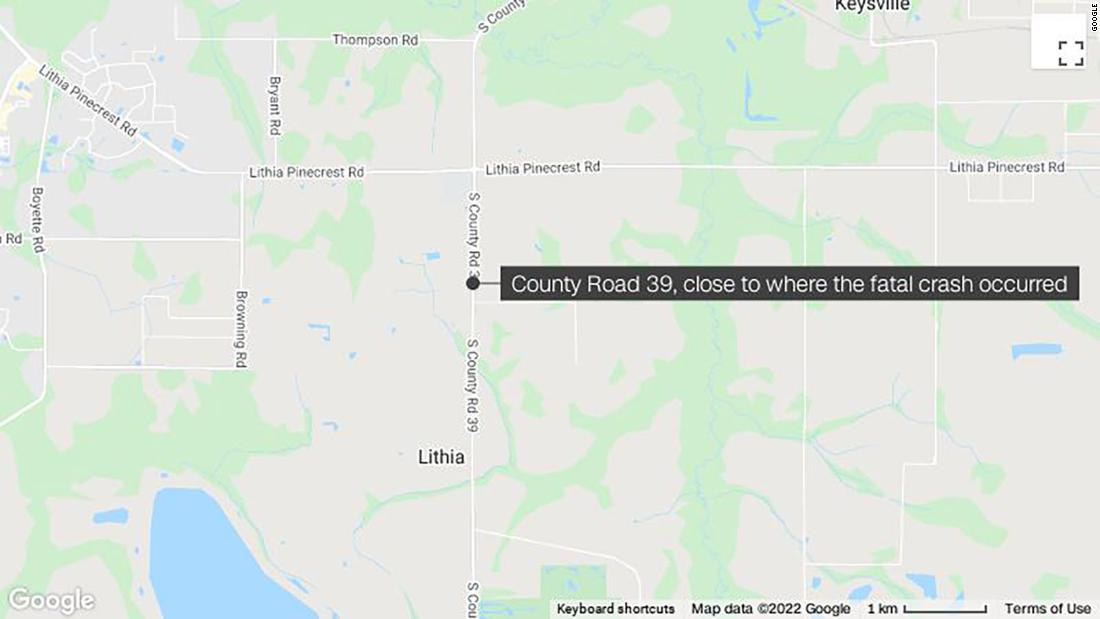 The crash occurred after midnight on Thursday, according to a statement from the Hillsborough County Sheriff’s Office.

John Hopkins, 59, was driving east on County Road 672 in LIthia, about two miles west of County Road 39, when he struck an 11-foot alligator in the roadway. Lithia is about 25 miles east of Tampa.

Hopkins’ car “veered off the road” and turned into a ditch, where a passing driver noticed it and called 911, the sheriff’s office said.

Hopkins and the alligator were both deceased when detectives arrived on the scene.

Florida and Louisiana have the nation’s largest alligator populations — with around 1.3 million wild alligators in Florida alone, according to the Florida Fish and Wildlife Conservation Commission.

The sheriff’s office will conduct a standard fatal crash investigation to determine what factors may have contributed to the accident.