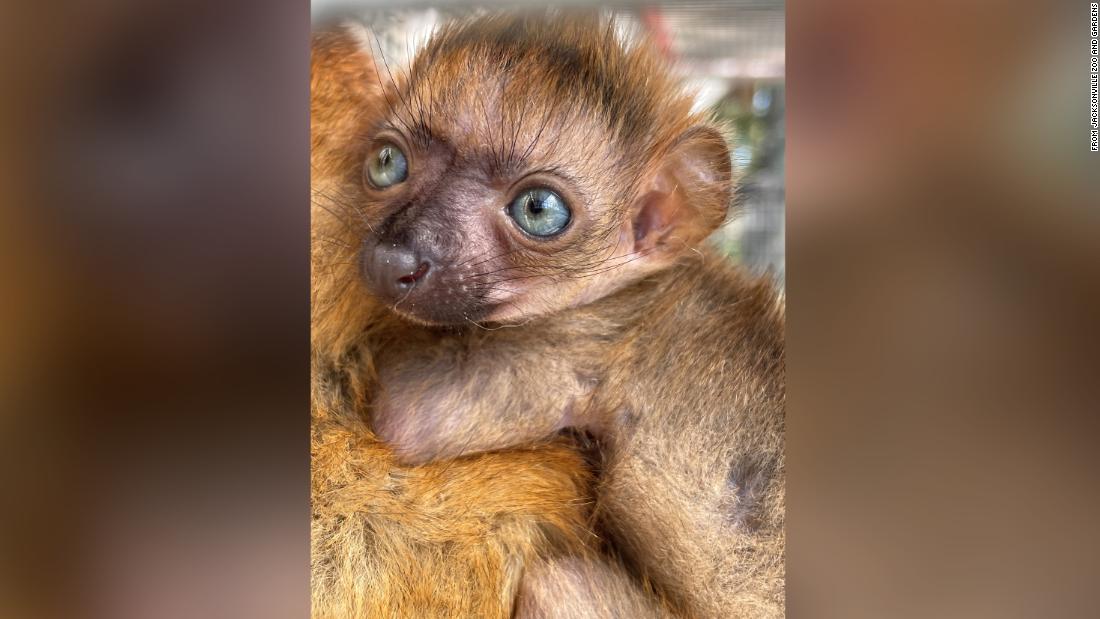 The Jacksonville Zoo and Gardens announced the birth on Thursday in a Facebook post. The zoo said the primate, born to parents Hendricks and Hemsworth, is the second blue-eyed black lemur born at the facility.

Zoo visitors won’t be able to catch a glimpse of the newborn lemur just yet, as it will remain in a private area with its parents until it is old enough to join the rest of the group, according to the zoo.

The blue-eyed black lemur is unique for more reasons than just being endangered. They are also the only primates, besides humans, that have blue eyes. Blue eyes offer less sun protection than darker eyes, making them rare in the wild.

The species are named after the appearance of the males: While babies of both sexes are born with rusty brown fur, as they mature the males’ fur will darken and turn black.

The adorable blue-eyed baby shown in the zoo’s Facebook photos will likely only weigh five pounds as an adult, according to the Duke Lemur Center.
The lemurs are native to northwestern Madagascar, where their numbers have dwindled due to hunting and deforestation, says the center. It is estimated that there are fewer than 1,000 individuals living in the wild.

“Every birth of this species is critical to their long-term sustainability,” wrote the zoo on Facebook.