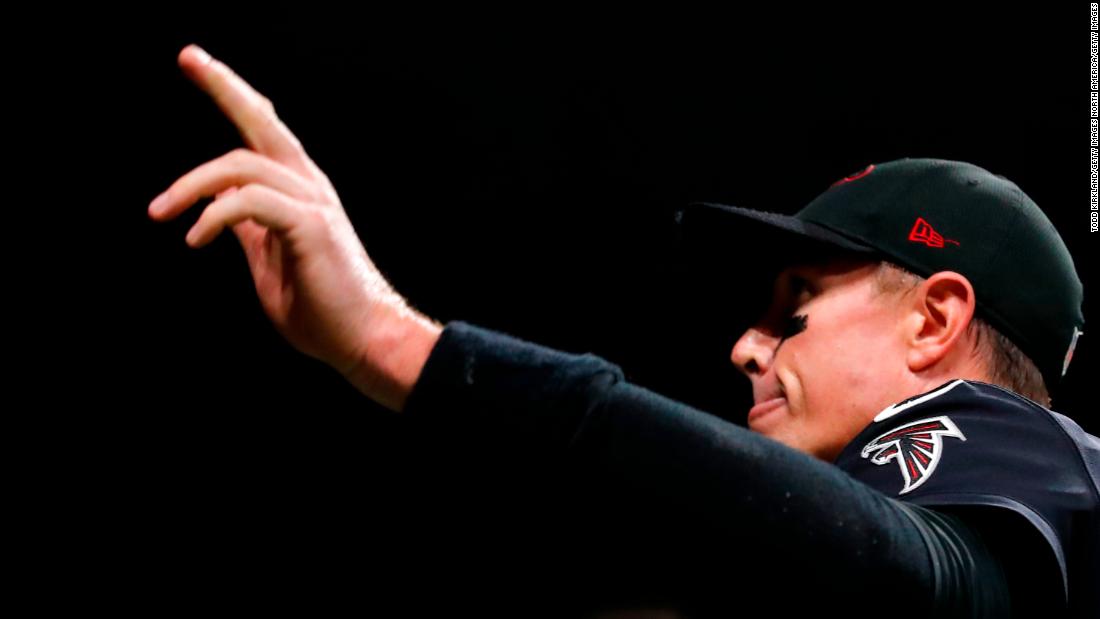 The Colts were looking for a new starting quarterback having traded Carson Wentz to the Washington Commanders a few weeks ago, and Indianapolis acquired the NFL’s 2016 Most Valuable Player for a third-round draft pick on Monday.

Ryan was drafted with the No. 3 overall pick by the Falcons in 2008, spending 14 seasons in Atlanta.

In his 222 games as a starting quarterback, the 36-year-old has been a proficient starter, throwing for almost 60,000 passing yards and 367 touchdowns.

Ryan’s best season came in 2016 where he led the Falcons to the Super Bowl when they infamously blew a huge 28-3 lead to lose to the New England Patriots.

Colts general manager Chris Ballard pointed to Ryan’s “leadership and skillset” as a reason for approving the trade, while head coach Frank Reich said he has “long admired Matt for his steady, methodical approach to the game.”

“He is one of the most productive quarterbacks in the league and has spearheaded numerous fourth quarter game-winning drives,” Reich said. “Matt will be a fantastic representative for our organization, and I’m excited to get to work with him and the rest of the team this offseason.”
Falcons owner Arthur Blank paid his respects to Ryan in a statement, saying he was the “epitome of a franchise quarterback.”

“He has represented this organization with great class, professionalism and leadership, both on and off the field, over the past 14 years,” Blank said. “It is difficult to overstate what he has meant to me personally, our organization, his teammates and our fans.

“From his first day in the building, Matt has given his all in the pursuit of winning a championship for Atlanta. His arrival in 2008 instantly made us a contender in the NFC and he’s been our quarterback through the most successful era in Falcons history.”

Just hours after it was announced that Ryan would be leaving Atlanta, the Falcons announced the signing of Marcus Mariota to the team.

Mariota was drafted by the Titans, spending five seasons with the team.

Signing with the Falcons reunites him with Atlanta head coach Arthur Smith who was offensive coordinator for the Titans in 2019.

The 28-year-old has spent the last two seasons as Derek Carr’s backup with the Raiders but has been brought in to attempt to fill a sizable hole left by Ryan’s departure.