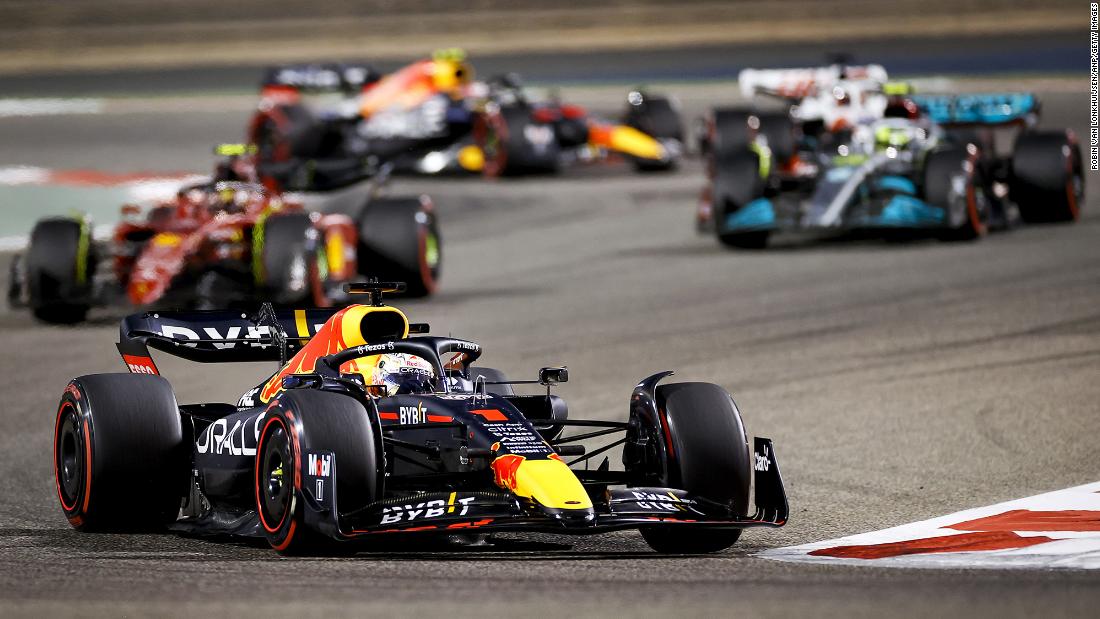 The company is owned by Liberty Media — the conglomerate controlled by John Malone that also owns a big stake in Sirius XM (LSXMA) and the Atlanta Braves (BATRA) baseball team — which has three classes of shares for F1 (FWONA) that track the performance of the business.
Those F1 stocks (FWONK) are up nearly 10% this year and about 50% over the past 12 months as more fans flock to tracks around the globe and watch the races on TV. The tracking stocks (FWONB) don’t give people ownership of the underlying company or a vote at shareholder meetings like regular stocks do — but investors don’t mind.

Can F1 shares continue to speed along? CNN Business spoke via email to F1 president and CEO Stefano Domenicali ahead of the Australian Grand Prix race this weekend in Melbourne.

“It is a great time for Formula 1 right now, and in the US we are seeing exciting growth,” Domenicali said.

F1 has races planned this year in Austin, Texas — where attendance surged to 400,000 last year from 260,000 in 2019 — and in Miami. Next year it’s adding a Las Vegas race.
That’s a lot of American fandom, given that F1 has no American drivers and just one US-owned team. Thank the “Drive to Survive” show, which premiered its fourth season on Netflix last month just before this season’s first race in Bahrain.

“Netflix has played a very important part in reaching new fans and showing the emotion and drama behind the sport,” Domenicali said.

Though it may be drawing in new F1 enthusiasts, “Drive to Survive” isn’t beloved by all. Some fans —as well as drivers, notably including reigning champion Max Verstappen — argue that it’s too contrived. Verstappen opts not participate in the filming of the show, even though his team’s principal, Christian Horner of Red Bull, is featured prominently.

“Drama and controversy are part of our sport and to pretend it is not would be wrong,” Domenicali said. “Netflix has done a great job in bringing the personalities, the intense battles and the physiological elements of our sport more into the open.”

Liberty Media CEO Gregory Maffei is also a fan of the show, and what it has done for F1’s fan base.

The average age of F1’s fans has dropped by four years since the debut of “Drive to Survive,” Maffei revealed during Liberty’s last earnings call with analysts in February. (This reporter’s 12-year-old binge-watched all four seasons and is glued to every race.)

“We are very confident that our product will be more desirable in the coming years in the US than it even is today,” Maffei said.

ESPN giving the sport a boost

US viewership of races is skyrocketing as well. ESPN noted last month that this season’s second race in Saudi Arabia, which featured Verstappen outdueling Ferrari’s (RACE) Charles Leclerc for the win, had the highest ratings for an F1 race on American TV since 1995.

“That contrasts dramatically with how many other sports have both aging fan bases and declining TV viewership,” Maffei said.

Domenicali — who took over as F1 CEO from former Fox and DirecTV executive Chase Carey in 2021 — told CNN Business that this success in the US might not have been possible without Liberty’s backing. Liberty bought F1 from a private equity firm in 2017 for more than $4 billion.

“Liberty acquired the sport because they believed in its future and potential. The changes that have happened since 2017 have helped grow the sport and make it more sustainable for everyone,” Domenicali said. “The teams are stronger than ever. The interest in the sport from the fans and sponsors is very exciting and we have tried new ways of engaging audiences that are working.”

There has been controversy, however. Several drivers have been critical of racing in Saudi Arabia due to the nation’s poor human rights record.

Domenicali defended F1’s decision to keep racing there, saying that “I genuinely believe the race in Saudi Arabia has the potential to be a positive force for good and help accelerate change in the country. It won’t happen overnight, but we all have a greater chance of making an impact and highlighting issues by being there, with the spotlight and attention we bring.”

It’s also not lost on Domenicali that the lack of diversity is another signficant issue. Lewis Hamilton, a seven-time F1 champ and arguably the sport’s most well-known personality, is the sport’s only Black driver.

“Diversity and inclusion are hugely important to our sport. We have Lewis as a great ambassador for this and we are working to create an F1 that reflects the world in which we race,” he said.

F1 was quick to respond to Russia’s invasion of Ukraine. The Haas F1 team, the sport’s only American team, ended its contract with Russian driver Nikita Mazepin. The team also terminated its sponsorship with Russian chemical firm Uralkali, which is controlled by Mazepin’s father Dmitry, who is now on an EU sanctions list for his company’s ties to Vladimir Putin.

Meanwhile, a race in Sochi scheduled for later this year was canceled. Plans to eventually move the Russian Grand Prix race to St. Petersburg were also shelved. Domenicali told CNN Business that “it was impossible to hold the Russian Grand Prix in the current circumstances and we have also terminated the contract.”

“I cannot see us going back there unless things changed significantly in the future as the recent events have been appalling,” Domenicali said.