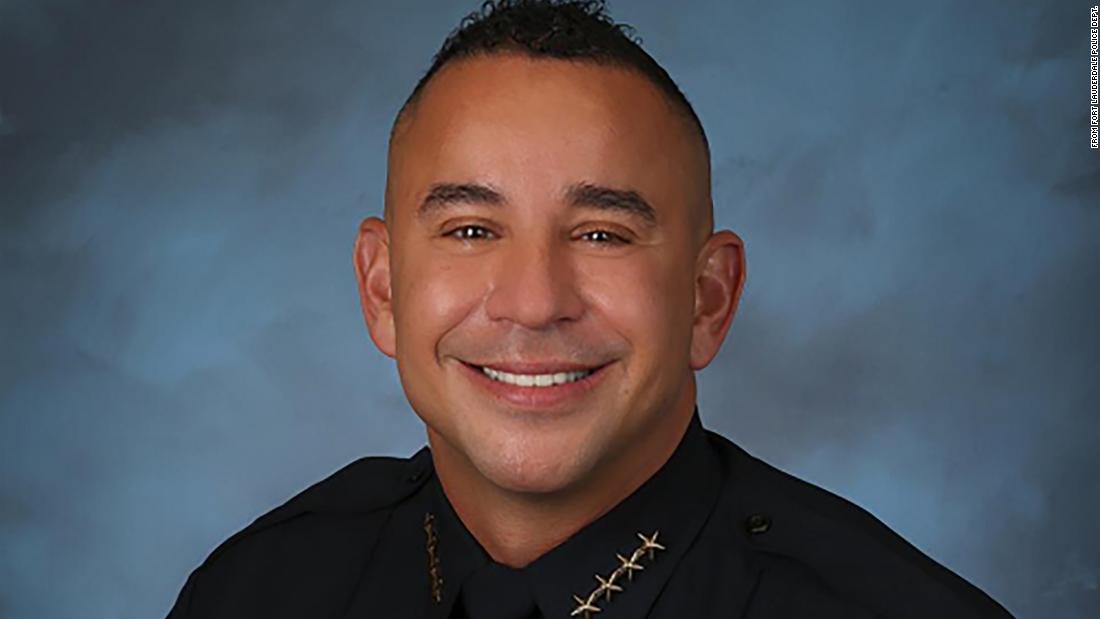 Scirotto was sworn-in as police chief in mid-August, and the city had hired a law firm by November to investigate complaints of discrimination before he was fired on Thursday, according to a copy of the law firm’s report obtained by CNN.

The investigation concluded that during his time as police chief, Scirotto implemented an approach to hiring and promotion that was unfairly focused on minority candidates.

The report said Scirotto once pointed to a conference room wall displaying photos of the department’s command staff and stated, “that wall is too white,” and “I’m gonna change that.”

In one example in the report, Scirotto is alleged to have overlooked a White man with 20 years tenure with the department, and instead narrowed the choice between two men of color, and asked, “which one is blacker.”

When asked about his approach to promotions, Scirotto told investigators he was going to “consider diversity at every opportunity,” and he had to be “intentional” in his decision-making process.

Scirotto denied asking which candidate was “blacker” when deciding on the promotion, but admitted to making comments about the wall being “too white,” because he felt it was not reflective of the community, according to the report.

“He said the context of the comment is built around ‘how do I convince the community that we are an inclusive and diverse organization if this wall is so white?'” the report said.

In total, 21 witnesses, including the chief, gave a consistent narrative to investigators about Scirotto’s hiring and promotion practices, the report reads. The investigation also concluded “almost every witness was dissatisfied,” with Scirotto’s approach to promotions, and “most believed that Chief Scirotto made clear his intention to promote based on race, gender or sexual orientation.”

“Some believed it was about time changes were made, but stated if promotions were based on things such as race it would even hurt or undermine the people promoted,” the report said.

The city ultimately decided to cut ties with Scirotto, who did not have a contract with the city and will not be receiving a severance, city spokesperson Stephen Gollan told CNN.

“Following a thorough and extensive investigation of employee complaints at the Fort Lauderdale Police Department, City Manager Chris Lagerbloom, has determined that it is in the City’s best interest to separate employment with Larry Scirotto,” the city said in a statement dated March 3.

Numerous attempts to reach Scirotto were unsuccessful on Saturday.

The city’s police department is now under the leadership of Acting Chief Luis Alvarez, the city said, and the selection process for a new chief is underway.

Speaking to CNN affiliate WFOR, Scirotto said the investigation was “built on hearsay,” and lacked testimony, transcript and audio.

Scirotto also provided WFOR with what he said was context for his comments about the wall being “too white.”

“The bottom row had several white males and one white female. And we’re talking in conversation as it relates to our community and the expectation of a diverse and inclusive organization. And how do I purport we have that when the entire bottom row are white men?” Scirotto told WFOR.