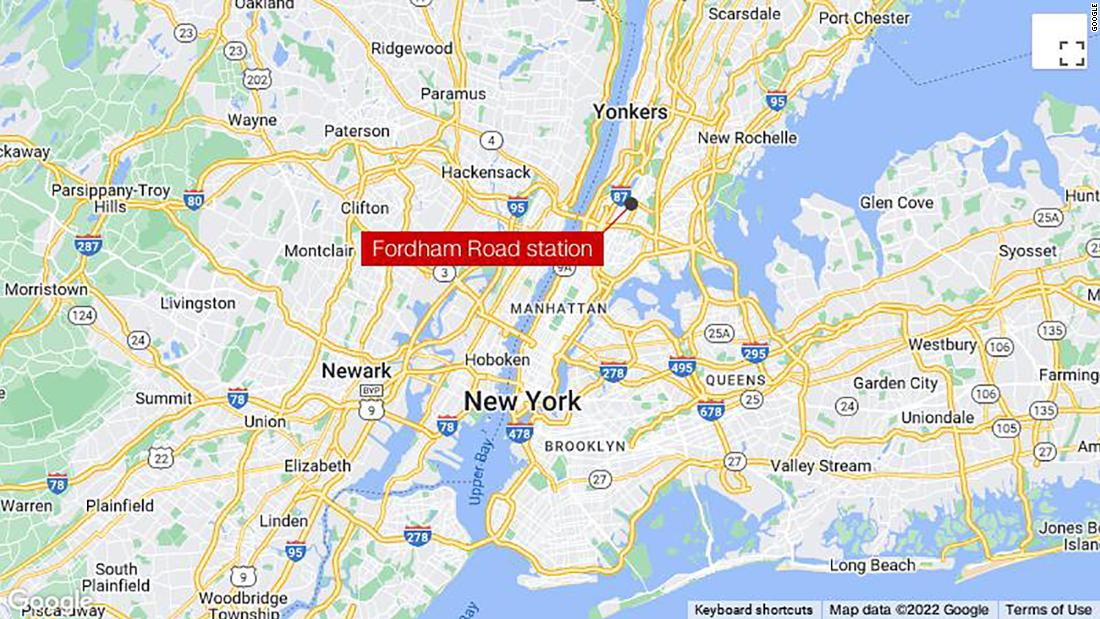 Police said a group of people displayed a knife and assaulted a 38-year-old man on a platform at the Fordham Road subway station in the Bronx around 2:40 a.m. on January 1.

At some point, the man fell onto the roadbed where the tracks are as a train approached, according to police.

Hueston, 36, of the Bronx, tried to help the man from the tracks, but was “subsequently struck by the oncoming train, causing (Hueston’s) death,” police said in a news release.

The train didn’t strike the assault victim, who was eventually treated at a hospital for a broken arm and released, according to police.

The assailants fled the station. Police didn’t say how many people were involved in the attack, but in early January they released surveillance photos from the scene showing a group of people wanted in the assault.

Three other male teenagers, a 16-year-old and two 17-year-olds, were arrested in January in connection with the incident, according to NYPD. At the time, each was held on recommended charges including murder, robbery, gang assault and assault.

The attack was one of several in the New York subway system that police were investigating early this year.

On January 15, a 40-year-old woman died after being pushed in front of an oncoming train in what police said was a random attack at the Times Square-42nd Street subway station. A suspect was charged with second-degree murder after he turned himself in less than an hour later, police said.
Eight days later, a 62-year-old man suffered minor injuries after being pushed onto subway tracks in Lower Manhattan, according to the NYPD. After that incident, the head of the city’s transit agency urged people to stay away from the edge of platforms.

CNN’s Laura Studley and Elizabeth Joseph contributed to this report.