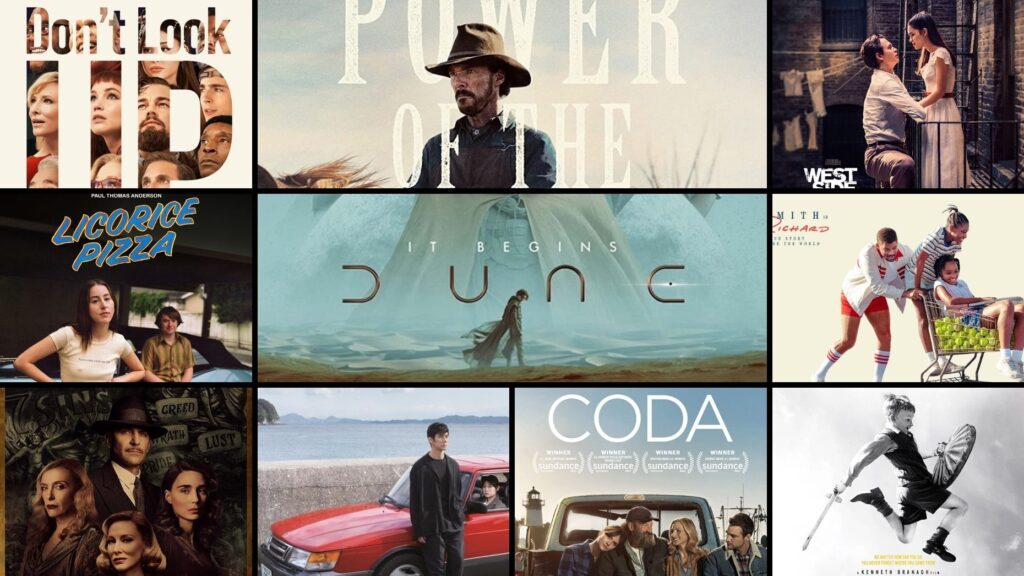 The 94th Academy Awards are quickly approaching and this Sunday viewers will learn what films, actors and other cinema artists the Academy favored most from 2021.

This year’s lineup of Best Picture nominees spans a variety of times and places, and as such, feature all different kinds of homes. From spacious ranches to tiny Manhattan apartments, the 2022 nominees for Best Picture showcase it all.

Inman rounded up the homes most prominently featured in this year’s nominees, and broke them down by time, place and estimated home price, as well as what they would cost today, for all the real estate movie buffs out there to follow along with during this year’s ceremony. Which is your favorite?

Editor’s note: Unless otherwise stated, Inman used the U.S. Bureau of Labor Statistics’ Consumer Price Index Inflation Calculator for this story to calculate what prices of homes would be today, adjusted for inflation, comparing prices from February of the given year of the home’s setting to February 2022 (the latest month/year that the calculator will allow).

The Power of the Dog

The Burbank Ranch in The Power of the Dog | Credit: Netflix

Estimated price: $11 per acre, according to 1925 classified listings in Montana newspapers

The grand Craftsman home located on the Burbank family ranch, which would have sold for about $11 per acre in its day, reflects the wealth and prosperity the family has built up over generations through business endeavors in both the eastern and western United States. (The novel the film was based on notes that the family comes from the East Coast and that the ranch home drew on this aesthetic.) 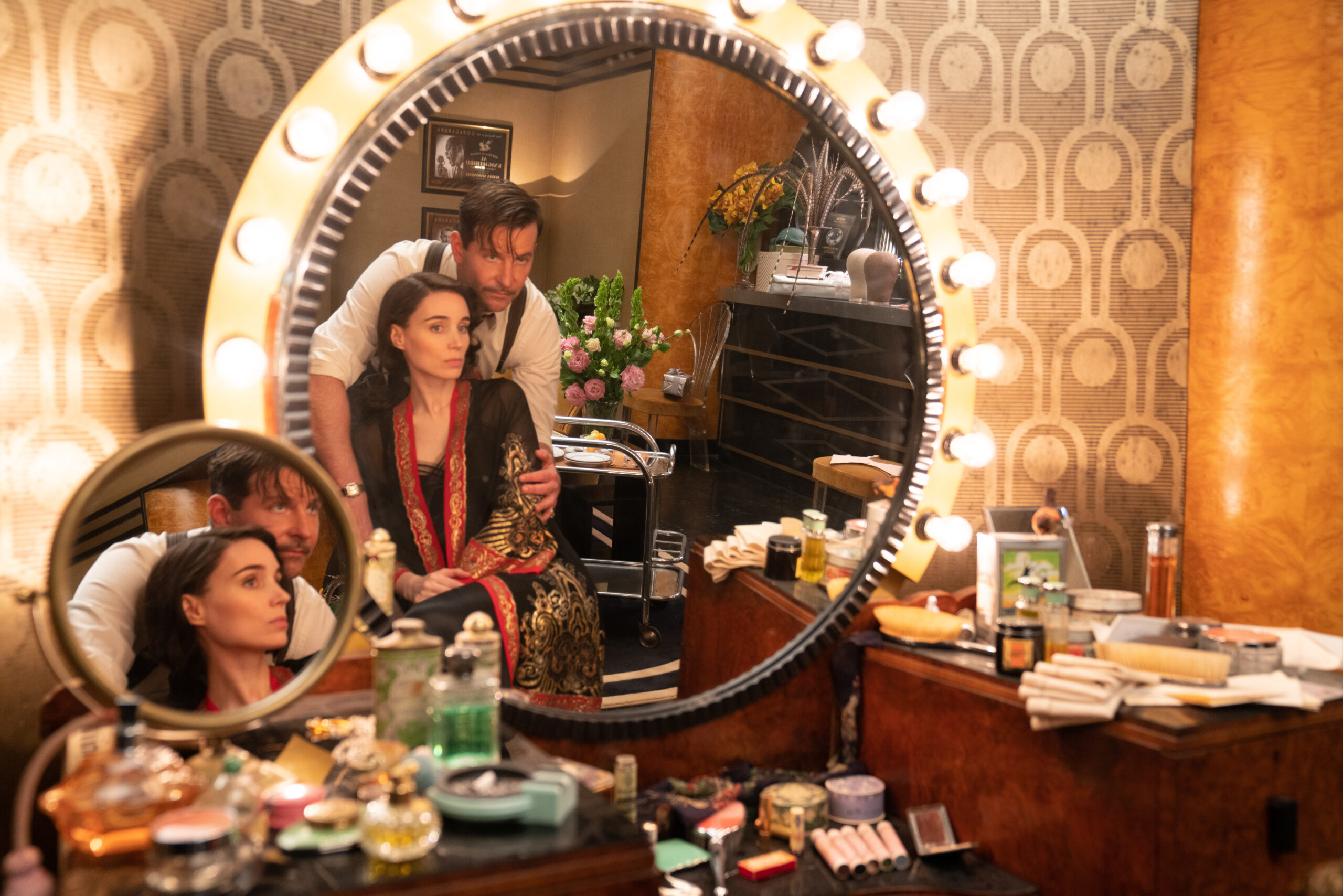 Estimated price: Weekly rent of about $38 per room, based on data provided by the Real Estate Board of New York

Price today in USD: Weekly rent of about $606 per room

After finding success as an independent act following a life on the road with the carnival, Molly and Stan Carlisle gradually move up the ranks of New York society with the help of psychologist Dr. Lilith Ritter and settle into a lavish midcentury modern apartment.

While enjoying the high life by swindling Manhattan’s elite, Molly and Stan would have paid a weekly rent of about $38 on the swanky Upper East Side. 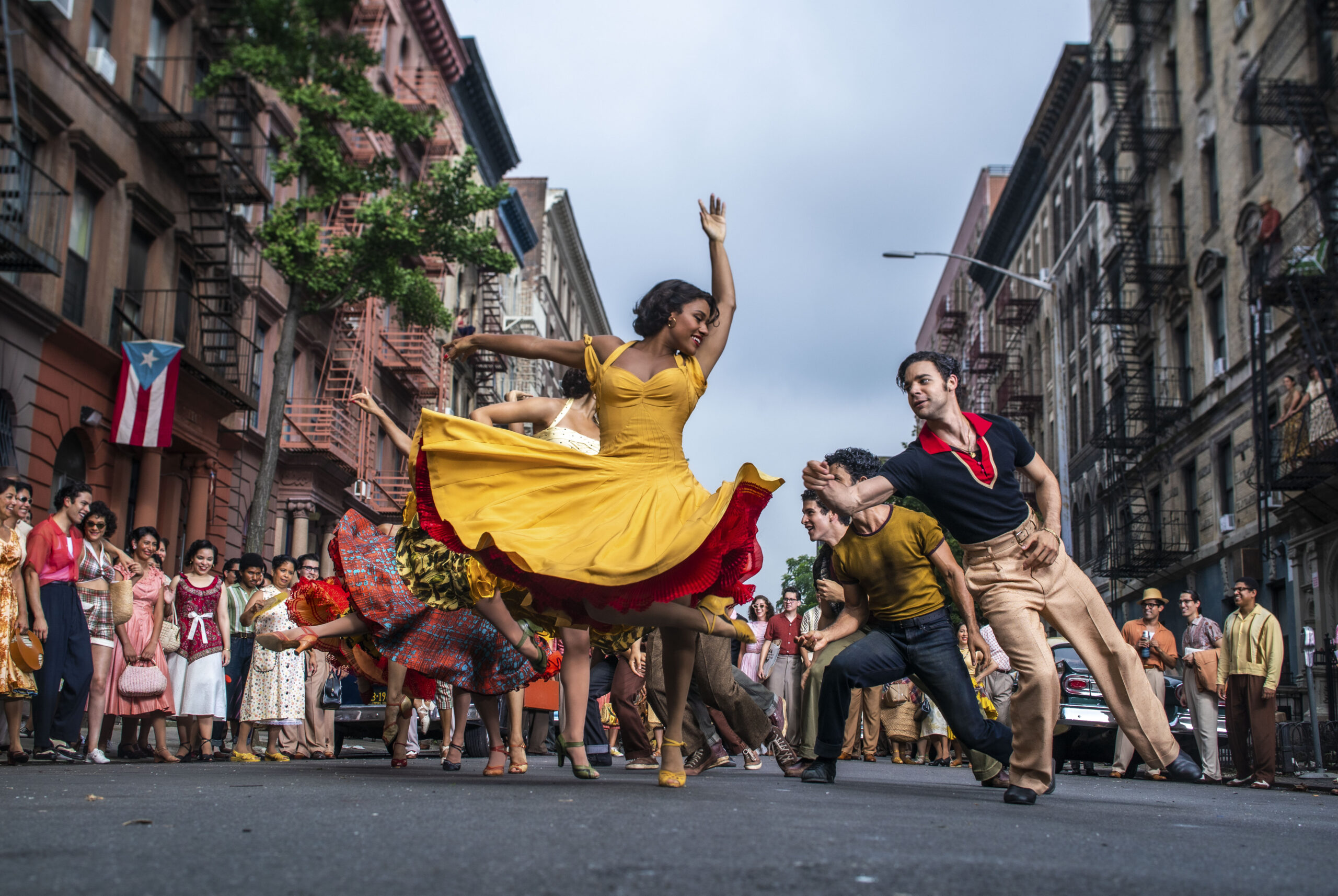 Estimated price: Weekly rent of $6-8 per room, according to data provided by the Real Estate Board of New York

One of the most iconic scenes between the star-crossed lovers Tony and Maria in West Side Story is when the duo take to the fire escape outside Maria’s humble apartment, which would have cost about $6 in weekly rent per room, to declare their love in the song “Tonight.”

The rugged brick-façade building would have been a hub of community activity when San Juan Hill was home to a significant portion of Manhattan’s African American and Puerto Rican residents before being demolished in the late 1950s in order to make space for the development of Lincoln Center. 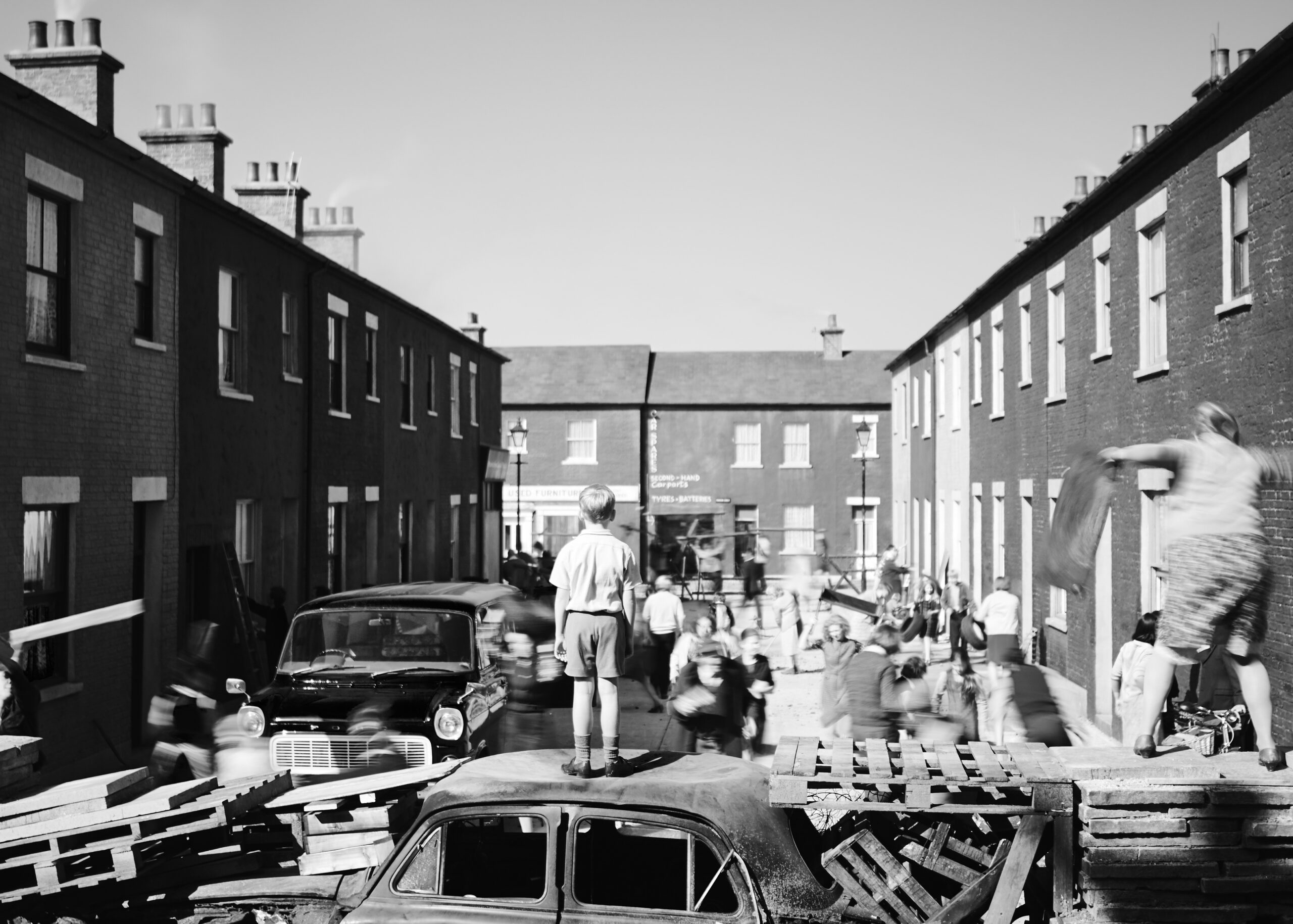 Estimated price: 3,941 British pounds, according to a paper by M.C. Fleming and J.G. Nellis in The Economic and Social Review in 1981

Price today in USD: $91,134, based on the Bank of England’s inflation calculator

Buddy’s childhood home in Belfast is a modest two-bedroom row house on a block with a tight-knit community — until The Troubles arrive and divide the neighborhood between Catholic and Protestant.

While Buddy’s mother frets over paying the mortgage on the family’s cozy home (which would have cost nearly 4,000 British pounds) and keeping her boys out of trouble, Buddy and his brother are largely carefree and content to share a bedroom. 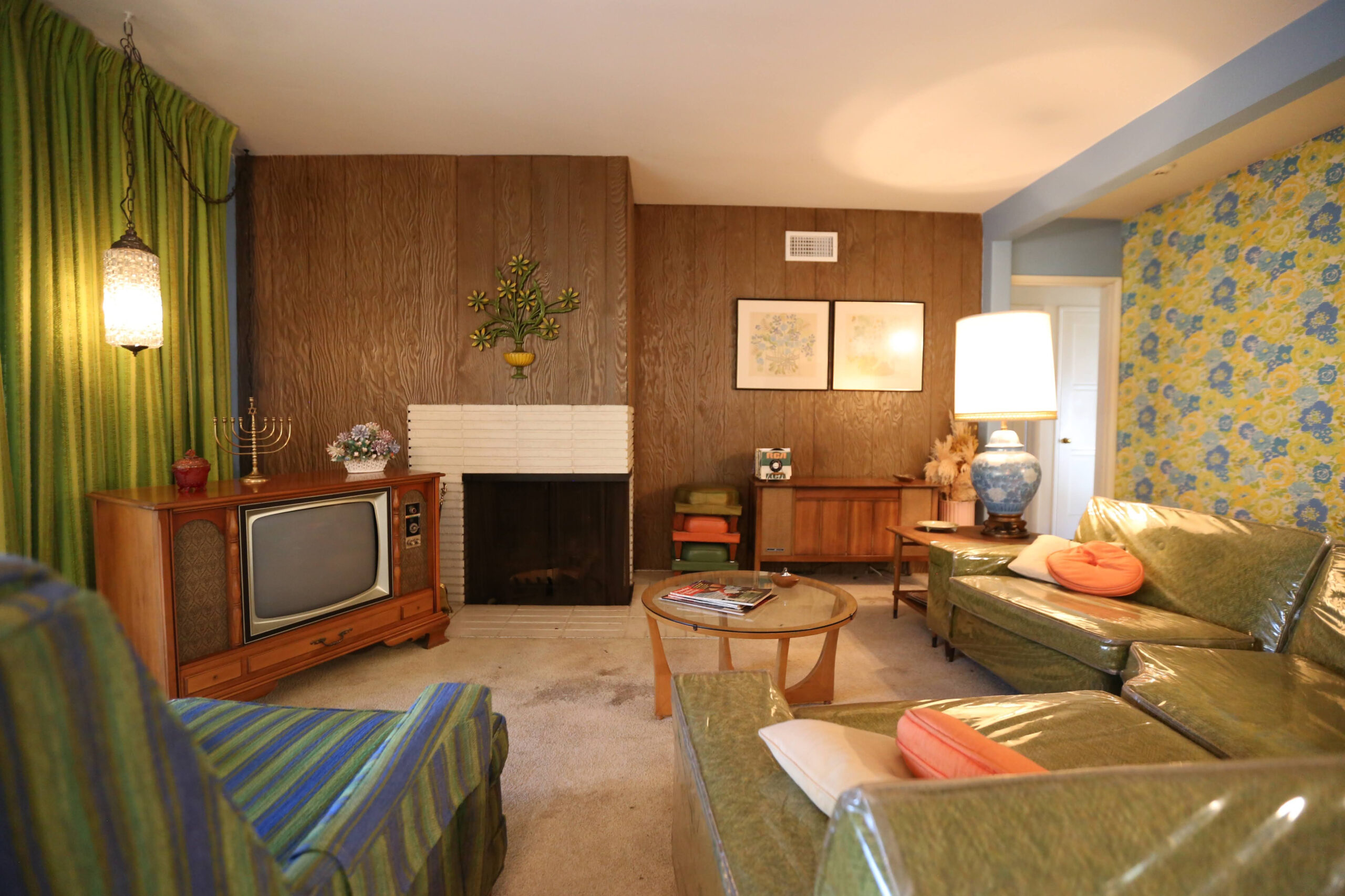 As Gary Valentine and Alana Kane trundle around the San Fernando Valley, following hopes and dreams and finding friendship and more, they encounter typical California homes of the 1970s (which had a median price of $26,400), including ranches, bungalows, homes of the stars, and more.

These houses mark signs of the times — stained glass, vibrant ’70s hues, chain-hung lights, plastic-covered furniture and wood paneling — as Gary and Alana struggle to find their path between acting gigs and waterbed startups in this coming-of-age dramedy. 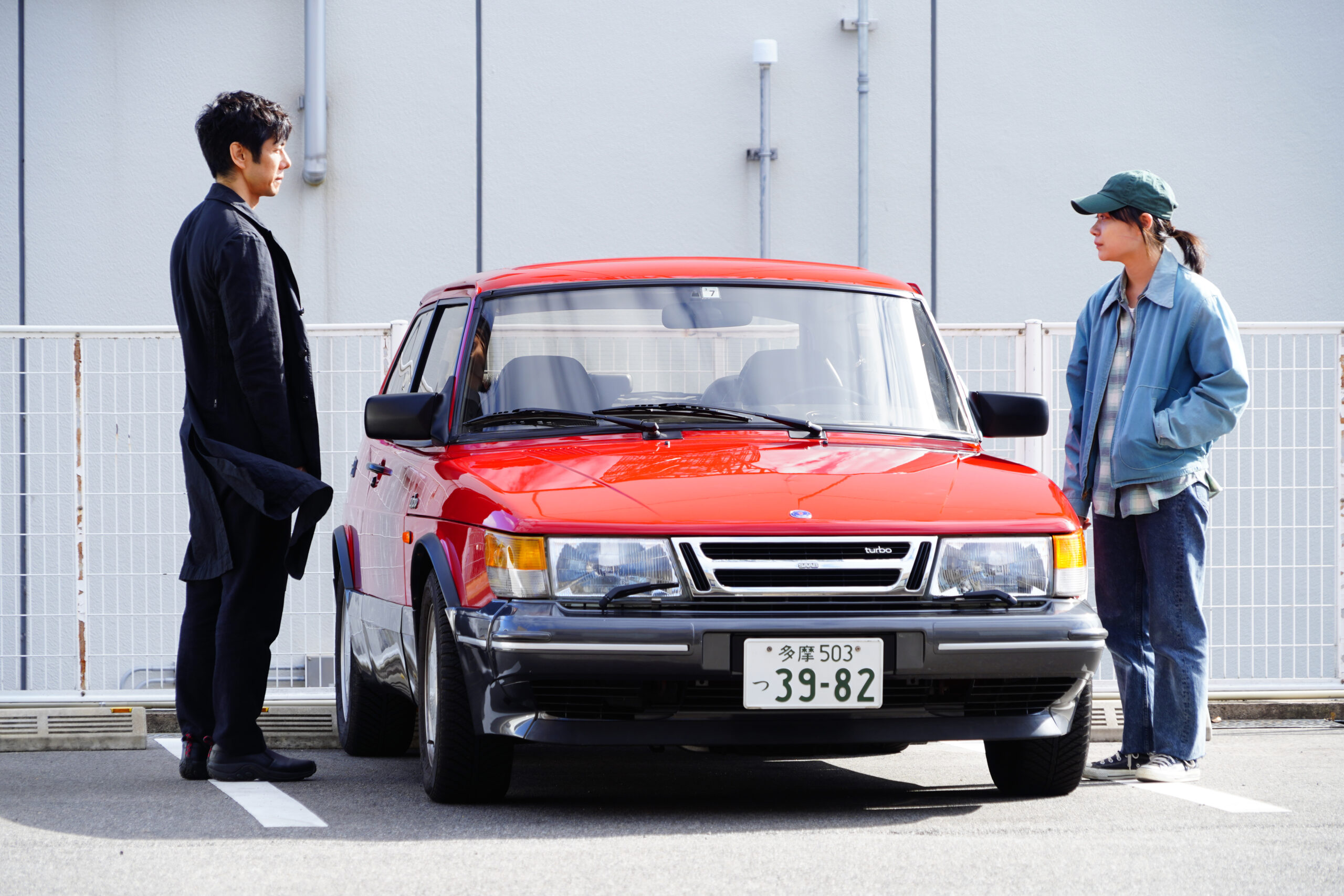 Yūsuke Kafuku with Misaki Watari and his Saab Turbo 900 in Drive My Car | Credit: Courtesy of Sideshow and Janus Films

Following the death of his wife Oto, Yusuke Kafuku’s Saab Turbo 900, which would have cost about $26,600 upon release, becomes “home” to him more than anything else when he takes a job directing a play in Hiroshima.

Each day, Yusuke is chauffeured in his Saab to and from work by Misaki Witari, a professional driver whom he opens up to about his grief, and she, about her own past regrets, as they relish the vehicle as a safe space to open up.

The Williams family inside their Compton home in King Richard | Credit: Warner Bros.

Estimated price: $160,000, according to data from the California Association of Realtors

This classic Compton home of the future women’s tennis power houses, Venus and Serena Williams, is replete with ’90s-era fixings like floral-patterned sofas, neutral carpeting, a few pine-paneled walls and gingham curtains. It would have cost about $160,000 in its day.

The humble home packed with two hard-working parents and their five girls (including Venus and Serena’s step sisters) is nothing too fancy, but is a place where dreams were made and stars were born when Richard Williams coached his daughters before their big break in tennis. 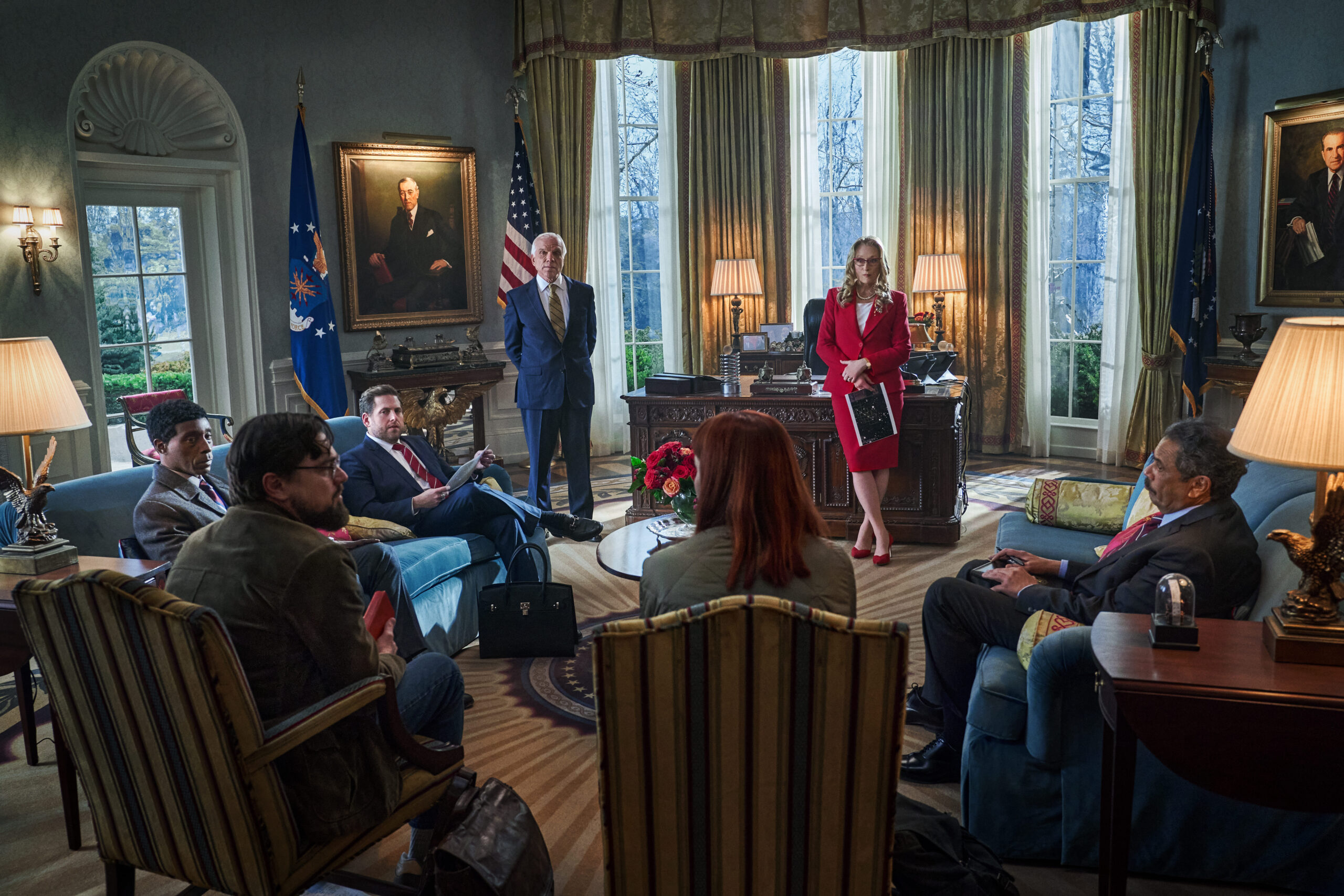 A meeting in the Oval Office in Don’t Look Up | Credit: Netflix

Estimated price: $417 million, according to Zestimates from 2020

When Dr. Randall Mindy and his astronomy Ph.D. student Kate Dibiasky stumble across a “planet-killing” comet hurtling towards Earth, the two scramble to warn President Janie Orlean in a meeting at the White House, which was valued at about $417 million in 2020, according to Zillow.

Unfortunately, the President is skeptical of the severity of Mindy and Dibiasky’s warnings, and the comet becomes sharply politicized among the public in this dark comedy. 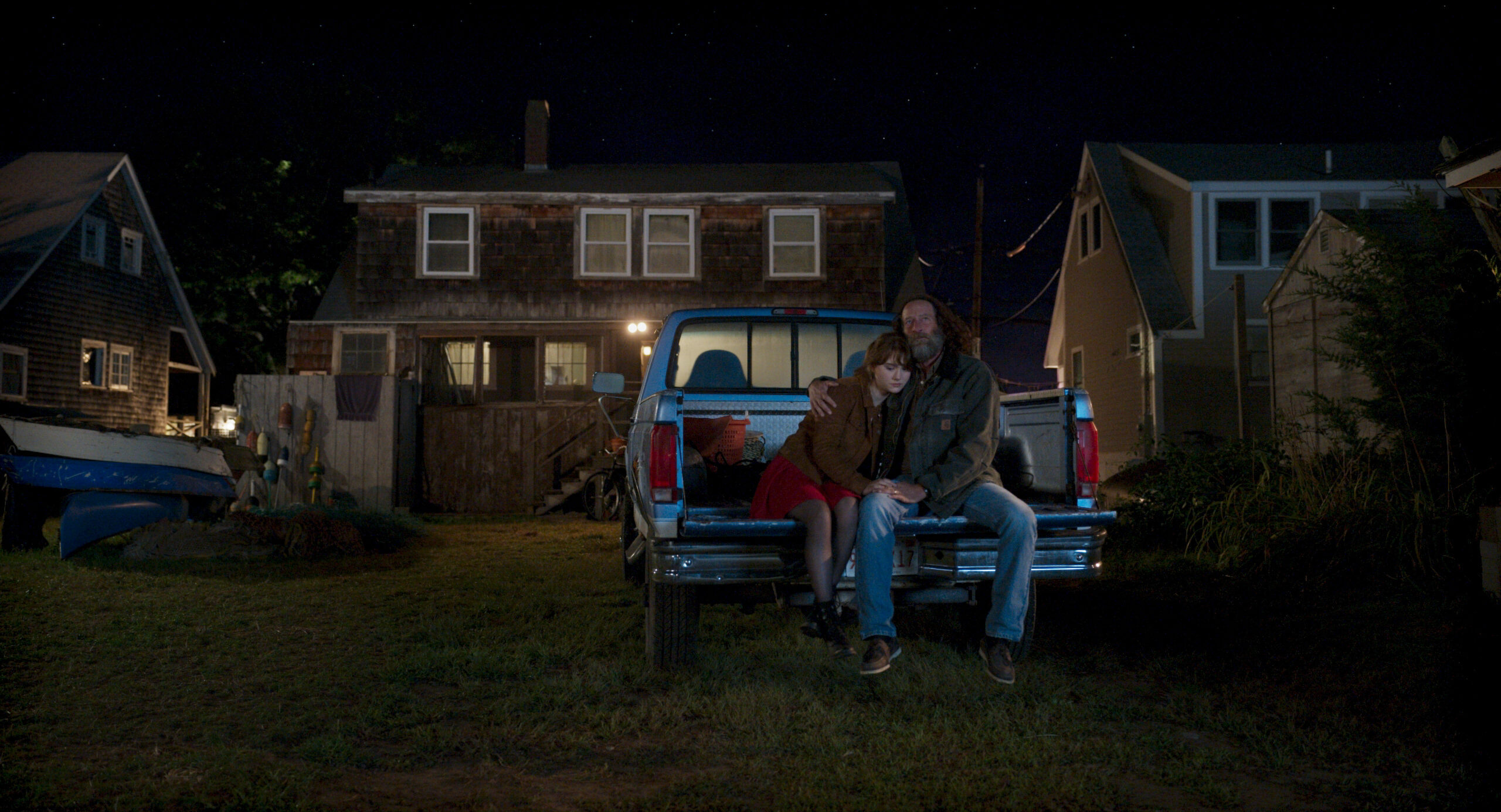 Ruby and Frank Rossi outside their Gloucester home in CODA | Credit: Apple TV+

Estimated price: $600,000, according to data from the Massachusetts Association of Realtors

Ruby Rossi grows up as the hearing child of deaf adults (CODA) in her humble home in Gloucester, which might rake in as much as $600,000 on the coveted market in 2020, while dreaming of becoming a singer.

Struggling to find her place caught between two worlds of hearing and non-hearing, Ruby finds her voice while practicing in her family’s rustic Cap Cod-style home. 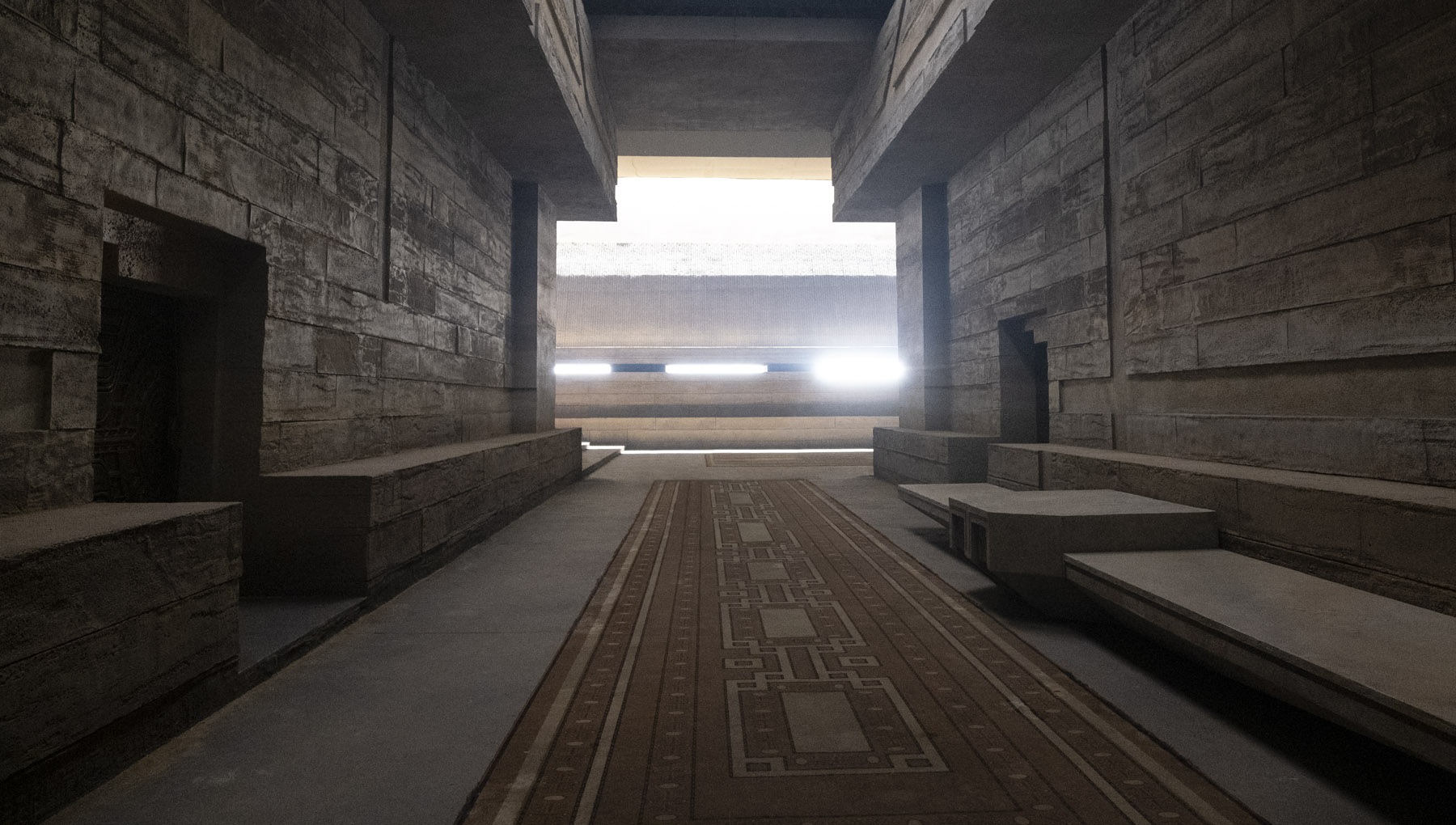 Estimated price: 212.57 million Solaris, based on data from a r/AskScienceFiction Reddit thread

The formidable Palace at Arrakeen — known as “the largest structure ever built by man,” according to Dune author Frank Herbert — is made of some of the sleekest, most durable materials available on the desolate planet in order to withstand the harsh wind and dust storms of the desert, production designer Patrice Vermette recently told Architectural Digest.

Light wells, as opposed to windows, are another distinctive feature of homes in the region, which block out the sun’s oppressive heat while providing some natural light indoors. Practical yet enormous, refined and an earthy elegant, this palace that costs an estimated 212.57 Solaris (the planet’s currency) is truly fit for Arrakis’ royals.