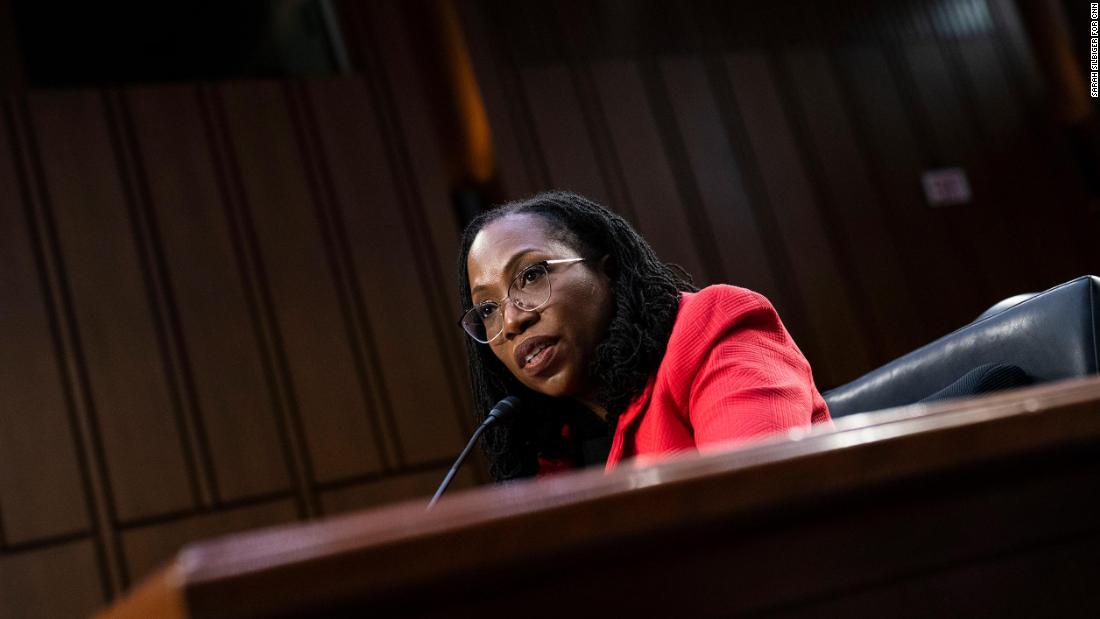 The poll, which was taken in the weeks ahead of Jackson’s confirmation hearings, shows that 30% of those polled said the Senate should not vote in favor of confirming her; an additional 12% had no opinion.

“Jackson’s support is thus 10 percentage points above the historical norm, while the percentage without an opinion is 11 points lower,” the Gallup article said.

The poll was released Wednesday morning as the Senate Judiciary Committee continues to hold confirmation hearings for Jackson.

The only other Supreme Court nominee to garner a similar approval rating in Gallup’s polling — which the report says dates back to 1987, with Douglas Ginsburg, Anthony Kennedy, David Souter and Stephen Breyer the exceptions — was Chief Justice John Roberts in 2005. He garnered the support of 59% of Americans, essentially tying with Jackson for the highest approval rating, according to Gallup.

Jackson was tapped in late February by President Joe Biden to fill the seat of Breyer, who is retiring. In doing so, Biden made good on his campaign promise to nominate the first Black woman to serve on the nation’s highest court.

Speaking from the White House when formally nominating Jackson, Biden said he was fulfilling his “responsibilities under the Constitution” in selecting her, noting not only her character and talents but also the significance of this nomination.

“For too long, our government, our courts, haven’t looked like America,” the President said. “I believe it’s time that we have a court that reflects the full talents and greatness of our nation with a nominee of extraordinary qualifications, and that we inspire all young people to believe that they can one day serve their country at the highest level.”

Americans’ overall approval of the US Supreme Court fell to 49% in July of last year, according to a Gallup poll released at the time.

For Wednesday’s poll results, Gallup surveyed 1,017 US adults March 1-18, using live telephone interviewers to contact both landlines and cell phones. The results have a margin of sampling error of plus or minus 4 percentage points.