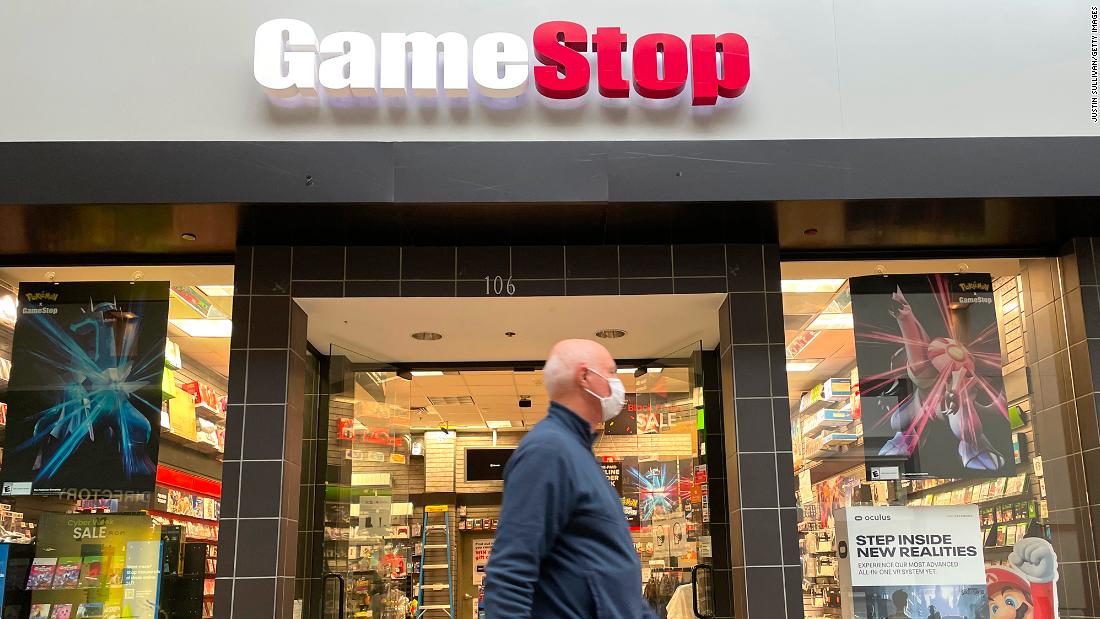 The meme darling of the Reddit crowd wants to initiate a stock split, a move that will drastically reduce the cost of one share, the company said late Thursday in a Securities and Exchange Commission filing.

To do so, GameStop will have to ask shareholders at its upcoming annual meeting for approval to increase the number of its class A shares from 300 million to 1 billion.

If investors say yes, a single share will become much cheaper — because the total value of the company stays the same. It’s just divided across more shares. Shares of GameStop (GME) were up 4% on the news in midday trading Friday, bringing its year-to-date gain to 17%.
Stock splits are a popular move for some companies whose shares rise to high prices, and they make it easier for smaller investors to buy in. Amazon (AMZN) and Google owner Alphabet (GOOGL), whose shares are trading in the quadruple digits, both recently announced stock split plans. And Tesla (TSLA), which split its stock in August 2020, is considering another split now that its stock is back above $1,000 a share.

GameStop is trading at about $145 a share. Based on that current price, an individual share should cost about one-third less — or around $52 — after a split because GameStop is looking to multiply the number of its shares by 3.33.

The company has been busy making moves that investors are closely watching. GameStop chairman Ryan Cohen, a co-founder of online pets supplies retailer Chewy (CHWY), recently bought more shares. Gamestop has also been making investments in NFTs and other cryptocurrency and blockchain initiatives, and it recently hired two former Amazon executives to serve as its CEO and chief financial officer.
Several other meme stocks dipped Friday despite the GameStop split news. Shares of movie theater chain AMC (AMC) were down about 5% in late morning trading. So was the stock of Hycroft Mining, a small gold and silver miner that has surged after AMC bought a stake in it.
Shares of Bed Bath & Beyond (BBBY), another retailer that Cohen has recently invested in, fell slightly too.