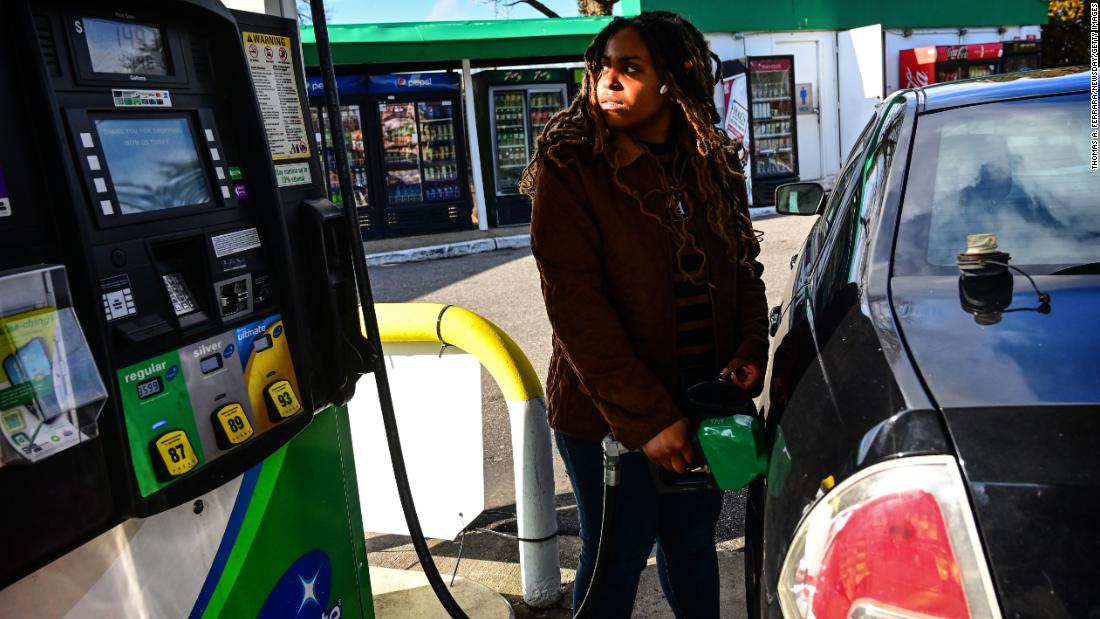 The average price of a gallon of regular gas fell to $4.32 a gallon, down from $4.33 a gallon Monday, according to AAA. Even at just nine-tenths of a cent, it was the biggest single-day decline in gas prices since August 2021.

Of course, gas prices remain historically high. Before last week, the record high had been $4.11 a gallon, a level first reached in 2008. Last week, gas set four records in a row before prices stayed virtually unchanged through the weekend and Monday.
The drop in retail gas prices follows a sharper drop in oil prices in Monday trading as prices fell 8%. If oil prices stays at this level, there could be more meaningful relief on the way at the pump, perhaps as much as 20 cent a gallon, predicted Tom Kloza, global head of energy analysis at the Oil Price Information Analysis, which tracks gasoline prices for AAA. But it’s not surprising the drop in gasoline prices has trailed the drop in oil prices.

Even if drivers get that 20 cent a gallon break at the pump, it’s not likely to last.

US demand for gasoline is likely to increase, especially with record job gains over the last year and more workers who had been working from home returning to the office.

Kloza said as the summer driving season approaches and the United States switches over to a more expensive summer blend of gasoline meant to fight smog and pollution, prices are likely to rise to about $4.50 a gallon.

There are two factors that could limit the rise in oil and gasoline prices: one good, one bad.

The good one would be peace in Ukraine, especially a peace that led to the lifting of sanctions on Russia by the United States and many other western nations. Hopes of peace negotiations Monday in part helped to drive down oil prices.

Russia is the one of the largest exporters of oil in the world. Although relatively little Russian oil reaches US customers, oil is priced in global commodity markets. So the disruption to its flow of its oil had sent prices soaring.

The bad news that could drive down prices would be a new surge of Covid-19, forcing countries that had been opening up to reimpose restrictions on businesses and individuals. China imposed new lockdowns over the weekend because of a Covid surge. That was one of the factors in the drop in oil prices on Monday, according to analysts.
The run-up in gas prices so far this year has been historic, at times achieving the the steepest rate of increase since Hurricane Katrina hit the US Gulf Coast in 2005, devastating oil platforms and refineries in the region. The average US price rose 78 cents, or 22%, since February 23, the day before Russia invaded Ukraine.