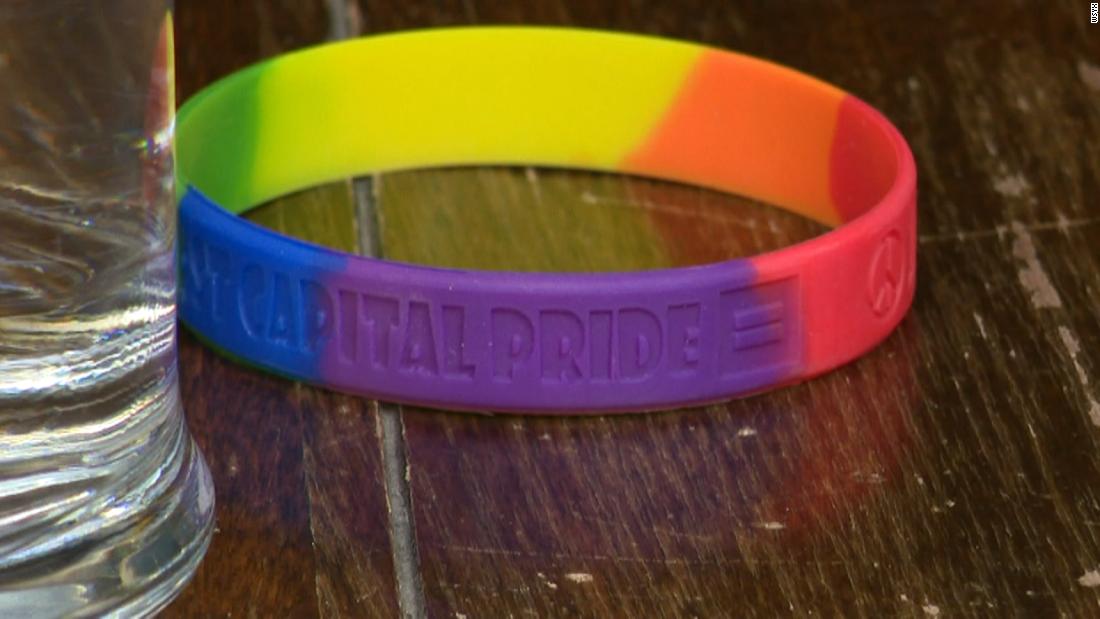 Jay Bowman said in a Facebook post he was fired for handing out First Capital Pride bracelets to his students at Huntington High School in Chillicothe, Ohio. Bowman said he also answered questions from students about the LGBTQ advocacy group.

“If a kid has questions, if a kid wants honesty, I don’t think I should be forbidden from providing that,” Bowman told CNN affiliate WSYX.

“While we recognize there are diverse points of view on this matter, this policy exists for the purpose of ensuring all students feel comfortable in the classroom,” Ruby said in a letter to the school community.

Asked if the district considers LGBTQ topics to be religious or political, Ruby told CNN, “There were a number of topics he spoke to students about (religious and political) more than just LGBTQ+ issues.”

When addressing Bowman’s firing, the superintendent said the district does not discipline substitutes because they are contracted through another entity. “We simply choose to not use those who violate board policies.”

In a Facebook post from March 24, Bowman said, “the complaint originated from a school board member,” and that he is “heartbroken” the district chose to dismiss him.

Bowman added in another post on March 27 that he “did technically, violate a policy” that he did not know about by handing out the bracelets. He went on to say he has “zero regrets.”

Bowman told WSYX he has taught within the Huntington Local School District for 30 years, and during his career, nearly 40 former students and athletes shared their sexual identity with him.

“Huntington is my home. It is where I got my first teaching job. It is everything to me. It just is. I love this community.”

Bowman’s firing has elicited mixed emotions. Pictures shared with WSYX showed some students wore pride bracelets to class after his firing, but other photos show “love is love” signs ripped and tossed in the toilet at the high school.

The superintendent said a demonstration is planned at the school Monday, April 4, to support Bowman. Ruby said “student-led expression is permitted so long as there is no disruption to the education of students.”

The next school board meeting will be April 11, according to the Huntington Local School District website. WSYX is reporting students and parents plan to attend the meeting to ask the school board to reconsider its policies.