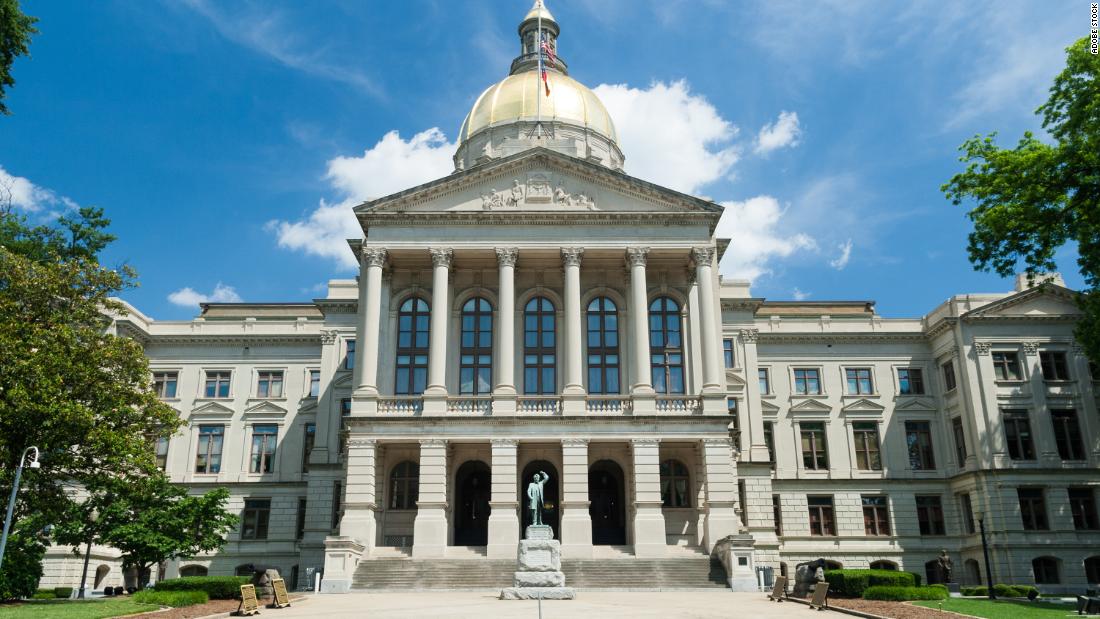 The fate of the massive bill — which sped through the GOP-led state House earlier this month — is now uncertain and could result in a showdown in the final days of Georgia’s legislative session.
In its vote Tuesday, the Senate Ethics Committee stripped out most of the House-approved provisions, including one that would hand new election policing powers to the Georgia Bureau of Investigation. The panel advanced only one slice of the original 40-page bill: a requirement that employers provide time off for workers to cast their ballots during the state’s early voting period. Current Georgia law mandates time off only on Election Day.

Other portions of the sweeping House bill — including a measure giving the state investigations agency authority to initiate election fraud probes — still could be revived in the days ahead. But time is running out for action in the Georgia General Assembly, which is slated to adjourn next Monday.

Voting rights groups praised the Senate ethics panel on Tuesday for heeding the concerns of local election officials who mobilized to oppose the overhaul.

Xakota Espinoza, a spokeswoman for the voting rights organization Fair Fight Action, called Tuesday’s vote “extremely encouraging” and a sign that the objections of Georgia election officials had “struck a chord with senators.”

Several slammed elaborate new chain-of-custody procedures in the bill that would, among other things, require election workers to count blank sheets of paper.

“You’re going to waste time, and you’re going to cause me to lose poll workers,” Joel Natt, a Republican member of the Forsyth County elections board, told senators at the hearing.

“I have 400 poll workers that work for our board,” he added. “That is 400 people that could see telling me after (elections in) May, ‘Have a nice life,’ and it’s hard enough to keep them right now.”

Others questioned the need to expand the jurisdiction of the Georgia Bureau of Investigation to election crimes — a function now overseen by state election officials.

“There is no purpose in giving the Georgia Bureau of Investigations new powers, unless your goal is to create sham, partisan investigations,” said Karli Swift, a Democratic elections board member from DeKalb County.

This marks the second year in a row that Republicans who control the Georgia legislature have proposed sweeping changes to the state’s election code, following President Joe Biden’s narrow 2020 victory in this traditionally Republican state.

Former President Donald Trump and his allies have spread the falsehood that widespread election fraud contributed to his defeat. And he has demanded that Republican politicians in Georgia and elsewhere subscribe to that view. Former US Sen. David Perdue, a Trump-endorsed Republican candidate for governor, has pushed for an elections police force in the state.

The House-passed overhaul also called for public inspection of original paper ballots and limits on third-party donations for election administration. Private donations have become the target of conservative suspicion after Facebook founder Mark Zuckerberg underwrote more than $300 million in grants to help local officials around the country conduct elections in 2020 during the pandemic.

The bill’s sponsor in the House, GOP state Rep. James Burchett, told CNN on Tuesday evening that he was not pleased with the panel’s decision to gut the measure and substitute a two-page bill narrowly focused on businesses giving employees time off to vote.

“I can’t speak to why because the committee in its infinite wisdom decided to substitute it,” Burchett added. “My bill is now in the hands of the Senate.”

If the stripped-down bill quickly passes the full Senate, lawmakers from both chambers could convene a conference committee to hash out the differences between the House and Senate versions.

CNN’s Kelly Mena and Dianne Gallagher contributed to this report.