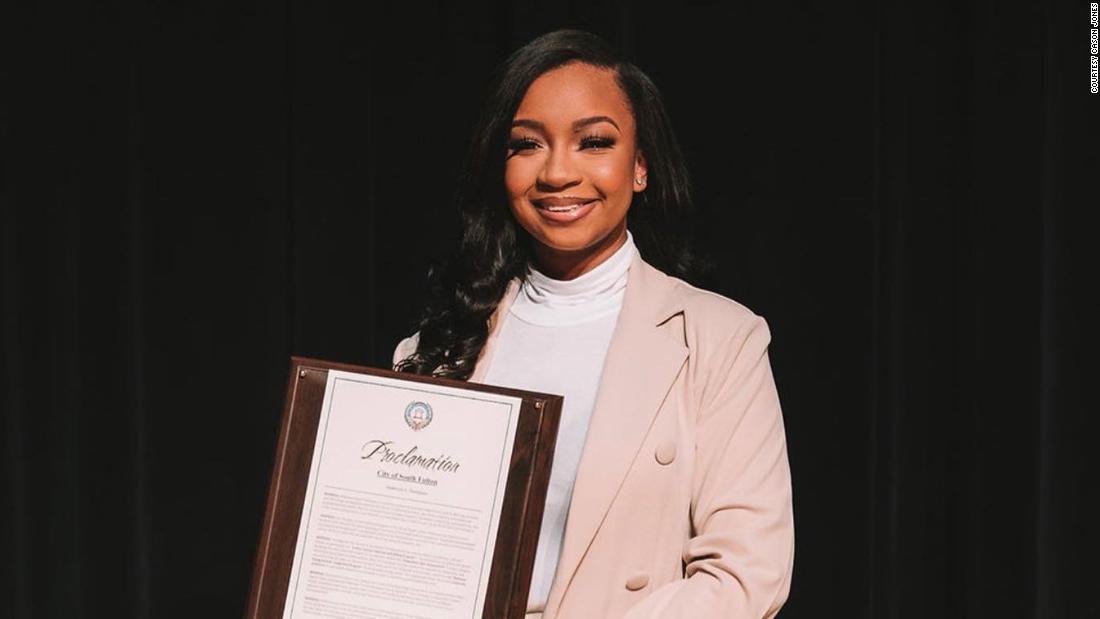 Makenzie Thompson, 18, didn’t originally plan to apply to over 50 universities. But after attending college fairs and receiving fee waivers, she ended up applying to 51 schools. So far, she has been accepted to 49 — and is still waiting to hear back from one more.

“It was a very, very good experience, just to see your hard work paying off and getting to see them just pile up in a folder,” she told CNN.

“My family is ecstatic,” she said. “Getting 49 acceptances and over 1.3 million, they’re like ‘wow, you’re going places.'”

Thompson has been a star student throughout high school, which she credited to strict time management. “Without time management, or knowing how to multitask, I wouldn’t have been able to do anything,” she said.

Thompson serves as her senior class president at Westlake High School in Atlanta, the co-captain of the Blue Reign dance team, the vice president of Beta Club (a community service organization) and a varsity baseball manager. She’s also a member of the national honor society and the honor society of dance and arts.

With an abundance of choices, Thompson chose Tuskegee University, a historically Black university in Alabama. When she visited the campus, “it gave me the feeling that I was at home,” she said.

The school also has a strong track record of producing Black veterinarians, which attracted Thompson.

Next year, Thompson, who hopes to become a veterinarian, will study animal science at Tuskegee University. She told CNN that she grew up as an only child — but her house was full of dogs, guinea pigs, fish and other pets, “which did lead to my love of all animals.”

Thompson is most excited about “really learning my independence and learning who I am as a person,” in college, she said.