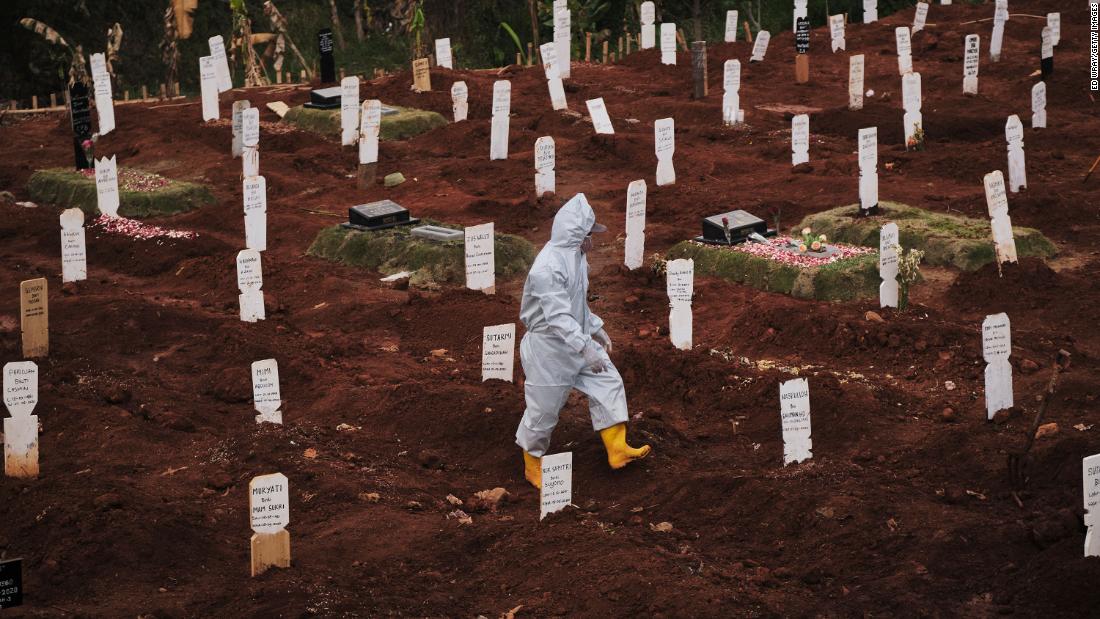 Some of this excess mortality may have been missed in official counts due to lack of diagnostic or reporting resources. But some may be attributed to other indirect effects of the pandemic, such as lack of access to health care, behavior changes during lockdowns or economic turmoil. There was not enough data to distinguish the cause of death.

Excess mortality is “a much more accurate measurement of the true impact of the pandemic” precisely because of the known issues in underreporting of direct Covid-19 deaths and because of the deadly indirect effects of the pandemic, said Haidong Wang, a demography specialist at the University of Washington’s Institute for Health Metrics and Evaluation.

Researchers, led by Wang, analyzed all-cause mortality for 187 countries, using weekly or monthly reported data when available and creating models to estimate for others. Their study was published Thursday in the journal The Lancet.

For every 1,000 people in the world, the pandemic caused more than one excess death over the course of two years, according to the study.

The World Health Organization has also advocated for the importance of understanding broader Covid-related mortality. In February 2021, an advisory group was formed in partnership with the United Nations Department of Economic and Social Affairs to explore the topic.

“Gaps in high-quality, timely and disaggregated data are a major challenge in global health,” WHO Director-General Tedros Adhanom Ghebreyesus said at the group’s inaugural meeting. “Covid-19 has created an unprecedented demand for this data. While we’re all familiar with daily death tolls, total mortality figures are likely far higher.”

An information page for the advisory group promotes the importance of understanding this data sooner rather than later to build an equitable response.

“Deaths directly attributable to COVID-19 provide only a narrow perspective of the wide ranging harms being caused by the pandemic. The collateral damage from COVID-19 is much wider,” says a statement on the group’s website. “It is important to quantify this now as it can inform choices that governments must make regarding prioritization between routine and emergency health systems.”

Understanding excess mortality is also critically important to future estimates of global population and pandemic preparedness. But a recent WHO assessment of health information systems capacity found that in parts of Africa, only 10% of all deaths were being registered.

According to the new study, excess mortality rates over the past two years of the Covid-19 pandemic have varied greatly by country and by region.

Bolivia, Bulgaria and Eswatini had the highest estimated excess mortality rate, each with more than six excess deaths for every 1,000 people. Excess mortality rates were also particularly high in their respective regions: Andean Latin America, Eastern and Central Europe, and southern sub-Saharan Africa.

But five countries reported fewer deaths in 2020 and 2021 than prior trends would have predicted: Iceland, Australia, Singapore, New Zealand and Taiwan.

Cause of death needs to be investigated more, but the hypothesis is that strict lockdown policies in these countries led to fewer deaths from external factors such as traffic accidents, Wang said. Masking and social distancing have also led to reduced flu mortality in many countries.

“That’s the impact of mediation policies or intervention strategies on all-cause mortality,” he said.

Excess mortality due to the Covid-19 pandemic varied widely within the United States, according to the study. Per capita, it was estimated to be nearly twice as high in Mississippi as it was in the nation overall, for example, but only half as high in Washington state.

“Some excess deaths in Texas are the result of the blackout there last year. And there are always deaths due to natural disasters,” said Bob Anderson, chief mortality statistician at the US Centers for Disease Control and Prevention, who was not involved in the new study.

“To some extent, the quality of reporting will depend on resources available to do things like postmortem testing. The jurisdictions with medical examiner’s offices that have resources for death investigation are going to tend to do better than your local elected coroner.”