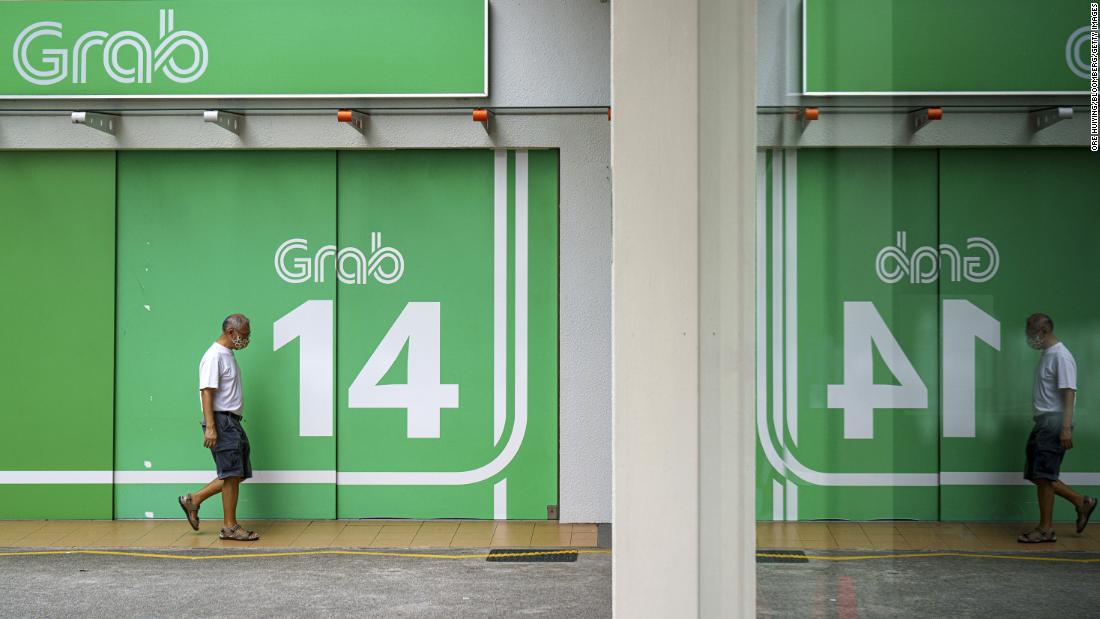 The ride-hailing giant’s stock plummeted as much as 37% in New York after reporting disappointing earnings.

It posted revenue of $122 million for the fourth quarter, down 44% from the previous year as the firm said it had “preemptively invested to grow” its number of drivers.

The slide came three months after the firm’s debut on the Nasdaq, the largest ever on Wall Street by a Southeast Asian company.

Grab (GRAB) went public in December by merging with a special-purpose acquisition company, or SPAC. The company raised $4.5 billion in the deal, and was valued at nearly $40 billion.

In contrast, the company is now worth about $12.3 billion based on its current market capitalization.

Grab was founded in 2012, and quickly soared to become Southeast Asia’s most valuable private company before its IPO.

It acquired Uber’s Southeast Asia business in 2018, and has since expanded into a variety of other services, including food delivery, digital payments and even financial services.

In recent years, the firm has cast itself as a “super app,” letting users do everything from booking rides to taking out insurance and loans. About 24 million people use the app each month to make a transaction, across 480 cities in eight countries as of 2021, Grab said in its latest earnings report.

There were some bright spots on Thursday: The company’s full-year revenue for 2021 surged 44% year-on-year to $675 million, thanks to a jump in deliveries and financial services.

And despite the sizable loss, Grab “maintained category leadership across all our core verticals,” Chief Financial Officer Peter Oey said in a statement.

“We remain laser focused on our path to profitability and will continue to improve our unit economics,” he added.