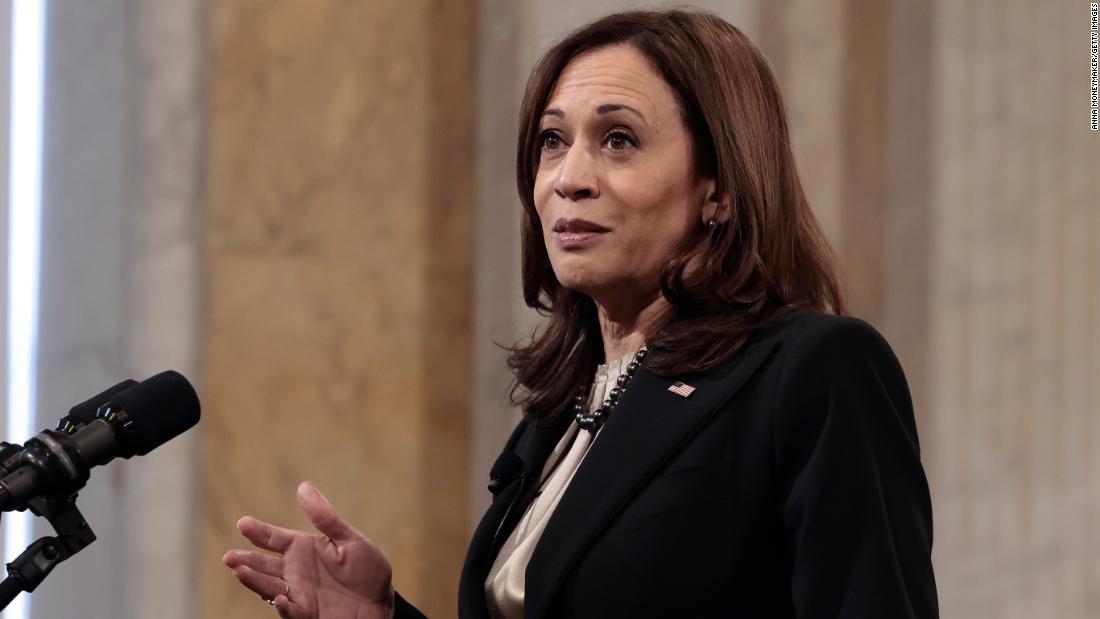 “A record number of people cast their ballots in the 2020 elections. It was a triumph of democracy in many ways. But not everyone saw it that way. Some saw it as a threat,” Harris said, lamenting the raft of what she called “un-American” laws enacted in GOP-led states across the country that make it more difficult to vote.

The vice president said she and President Joe Biden “have put the full power of the executive branch behind our shared effort” while criticizing Republican lawmakers for voting to block passage of the John Lewis Voting Rights Advancement Act and the Freedom to Vote Act.

Harris advocated for filibuster reform in her remarks after Senate Democrats failed earlier this year to change filibuster rules to get around GOP opposition to advancing voting rights legislation.

She called on those gathered at the foot of the Edmund Pettus Bridge “to continue to push the Senate to not allow an arcane rule to deny us the sacred right.”

Bloody Sunday commemorates when, in 1965, 600 people began a march from Selma to Montgomery, Alabama, demanding an end to discrimination in voter registration. At the Edmund Pettus Bridge, state and local lawmen attacked the marchers with billy clubs and tear gas, driving them back to Selma. Seventeen people were hospitalized and dozens more were injured by police.

Harris said Sunday that those who marched across the bridge in 1965 did so not only to ensure the right to vote, but “to ensure all the people of our nation, no matter where they start, have the opportunity to succeed.”

The vice president also met with civil rights leaders while in Alabama, according to the White House. She was joined by Secretary of Housing and Urban Development Marcia Fudge, Secretary of Transportation Pete Buttigieg, Secretary of Education Miguel Cardona, Environmental Protection Agency Administrator Michael Regan, and Deputy Secretary of Veterans Affairs Donald Remy.

At the top of her remarks, Harris made note of Russia’s unprovoked invasion of Ukraine, calling it “a reminder that freedom and democracy can never be taken for granted, by any of us.”

During virtual remarks at a commemoration service last year, she recalled joining the late Rep. John Lewis — a civil rights icon who helped lead the 1965 march — during the annual walk across the bridge three years earlier. “I was with him on what would be his final walk across the Edmund Pettus Bridge. And I will hold that memory forever in my heart,” Harris said at the time.

Biden signed an executive order aimed at expanding voting access on last year’s Bloody Sunday anniversary.
During his State of the Union speech last Tuesday, the President reiterated his call for Congress to pass and send several key pieces of voting rights legislation to his desk to be signed into law, including the John Lewis Voting Rights Advancement Act. The bill is aimed at fighting voter suppression and updating portions of the Voting Rights Act, which was signed into law in the summer of 1965, months after Bloody Sunday.
However, despite the White House’s efforts, Senate Democrats’ failure to change the chamber’s filibuster rules essentially dashed their hopes of passing any federal legislative interventions on voting rights before the 2022 midterm elections.

This story has been updated on Sunday with remarks from Vice President Kamala Harris.