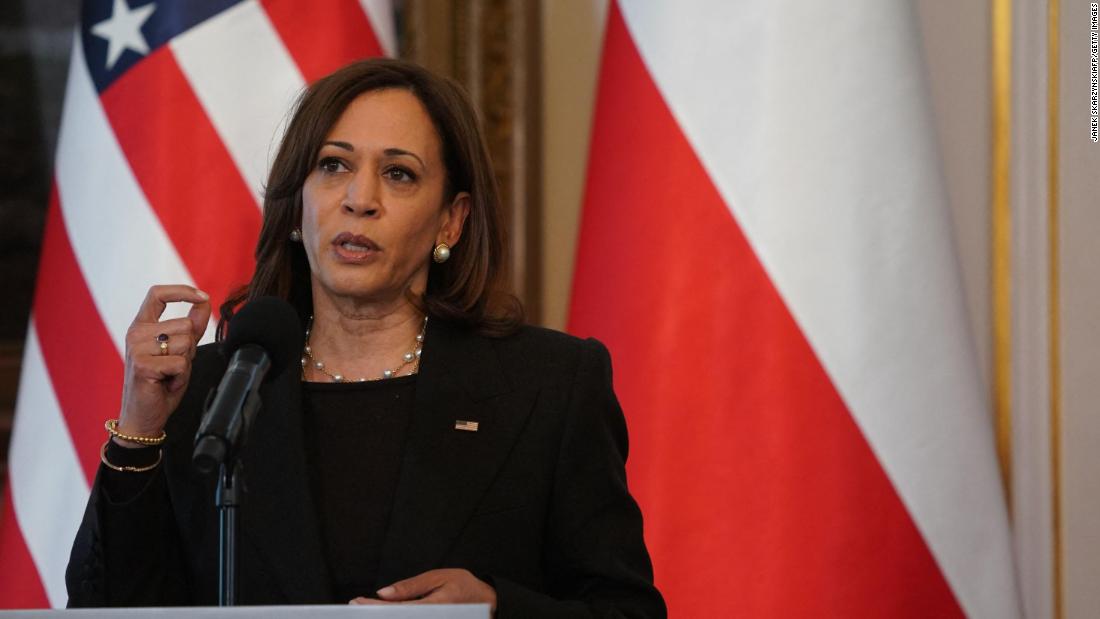 Emhoff tested positive for Covid-19 on Tuesday, marking the first known case of Covid-19 among the first or second families since President Joe Biden and Harris took office in January 2021. Harris has tested negative on Tuesday after her husband’s positive result.

Harris was set to participate in an Equal Pay Day event at the White House Tuesday evening that began just as Emhoff’s test results were released. In a potential sign of how last minute the vice president was pulled out of the event, there was an empty chair set for her on stage. But during his remarks, the President confirmed Harris decided not to attend the event “out of an abundance of caution.”

The vice president had participated in an event with Biden at the White House earlier that day — before Emhoff’s diagnosis was announced. Harris stood by Biden’s side as the President gave remarks, and later stood with lawmakers who attended the signing ceremony. Neither Harris nor Biden wore a mask at the event.

Inside the White House, in accordance with federal public health guideline changes in recent weeks, officials and visitors have not been required to wear masks or socially distance. Covid-19 cases in Washington have declined since their peak in early January, when the country was facing a wave of Omicron variant cases.

In recent days, Harris and Biden have been in the vicinity of a number of individuals who later tested positive for Covid-19.

Democratic lawmakers tested positive after attending a conference where Biden spoke last weekend. And ahead of several St. Patrick’s Day celebrations, the Irish Prime Minister Micheál Martin tested positive for Covid-19 in Washington, forcing their bilateral meeting to be virtual. The President said during their virtual meeting that he’d seen Martin for “seven-and-a-half minutes” prior to the diagnosis.

In each case, including Emhoff’s, the President was not considered a close contact. The White House has indicated that, so far, Biden’s testing protocol hasn’t changed.

According to US Centers for Disease Control and Prevention guidelines, fully vaccinated people can “refrain from quarantine following a known exposure if asymptomatic.” Harris is fully vaccinated and boosted, as is her husband.