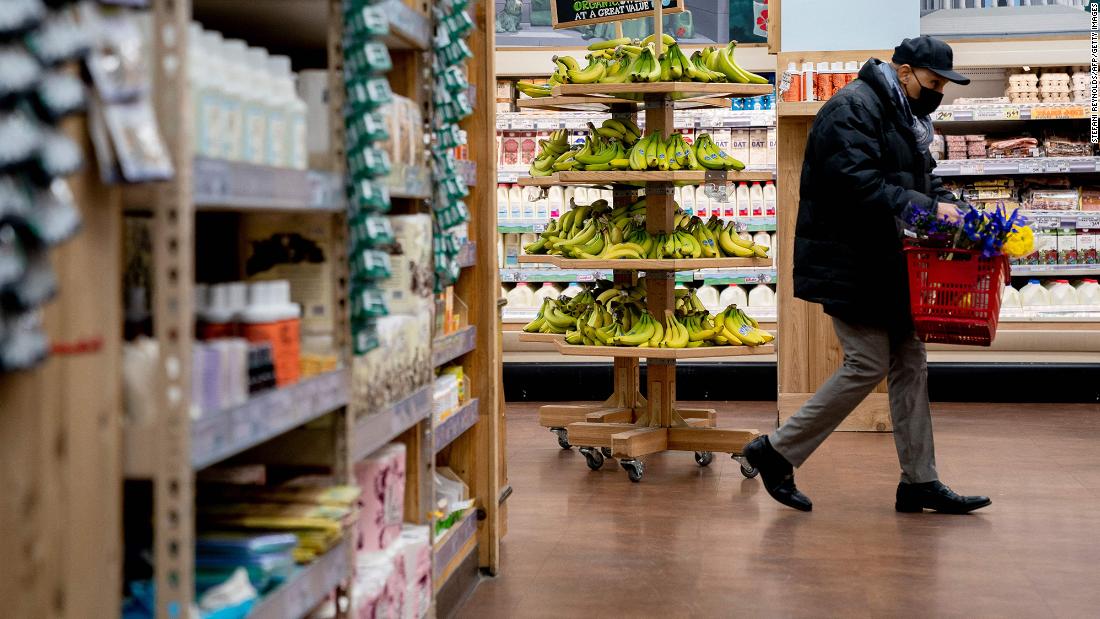 “Today, inflation is very high, particularly for food and gasoline. All Americans are confronting higher prices, but the burden is particularly great for households with more limited resources,” Brainard said at the Minneapolis Fed’s Spring 2022 Institute Research Conference.

On top of that, lower-income households have smaller financial cushions and may not be able to switch to lower-priced alternatives as easily, Brainard said.

If the price of breakfast cereal increases across the board, for example, a higher-income household that used to buy a brand name product could downshift to a store brand to save money. But a household that already buys the store brand doesn’t have the same option.

Details beyond the data

In the United States, the Consumer Price Index compiled by the Labor Department, and the Personal Consumption Expenditures Price Index tracked by the the Bureau of Economic Analysis, both climbed to their highest level in 40 years in February.
CPI stood at 7.9% for the 12-month period, while PCE came in at 6.4%. The economic impact of Russia’s invasion of Ukraine is expected to keep food and energy inflation elevated throughout this year.
While the numbers are especially useful when tracking price changes over a particular period, they have limitations, said Brainard, who has been nominated as Fed vice chair, one of the most influential economic positions in Washington.

“Those aggregate statistics are very important for us, but they don’t really tell a full story of how certain communities are experiencing employment or inflation,” she said Tuesday.

Since lower-income households also represent a smaller share of overall spending, they are underrepresented in the price indexes that track average consumer spending.

“It would be useful to have data about consumer inflation broken out by demographic groups, similar to labor market and personal-income data, in order to assess the differential effect of inflation across different groups of households,” Brainard added.

Research from the Bureau of Labor Statistics showed that consumer prices for the lowest-income Americans grew faster than overall inflation between 2003 and 2018. Meanwhile, the opposite was true for the highest-income quartile.

“Inflation disparities between the rich and the poor grow during bad times,” said David Argente, assistant professor of economics at Penn State University, during the panel that followed Brainard’s remarks.

Even though wages have been rising, particularly in lower-paying jobs in the leisure, hospitality and retail industries, the rampant price hikes need to be brought under control, an aim that both Fed Chairman Jerome Powell and President Biden agree upon.

Economists worry that if prices keep rising for too long, consumers will start putting off or delaying purchases, which could eat into the nation’s economic growth.

The Fed has already started raising interest rates and will continue down this path, Brainard said. She also anticipates the central bank’s balance sheet will shrink down more quickly than in previous policy-tightening cycles.

The Fed’s next two-day meeting is scheduled for May 3-4.