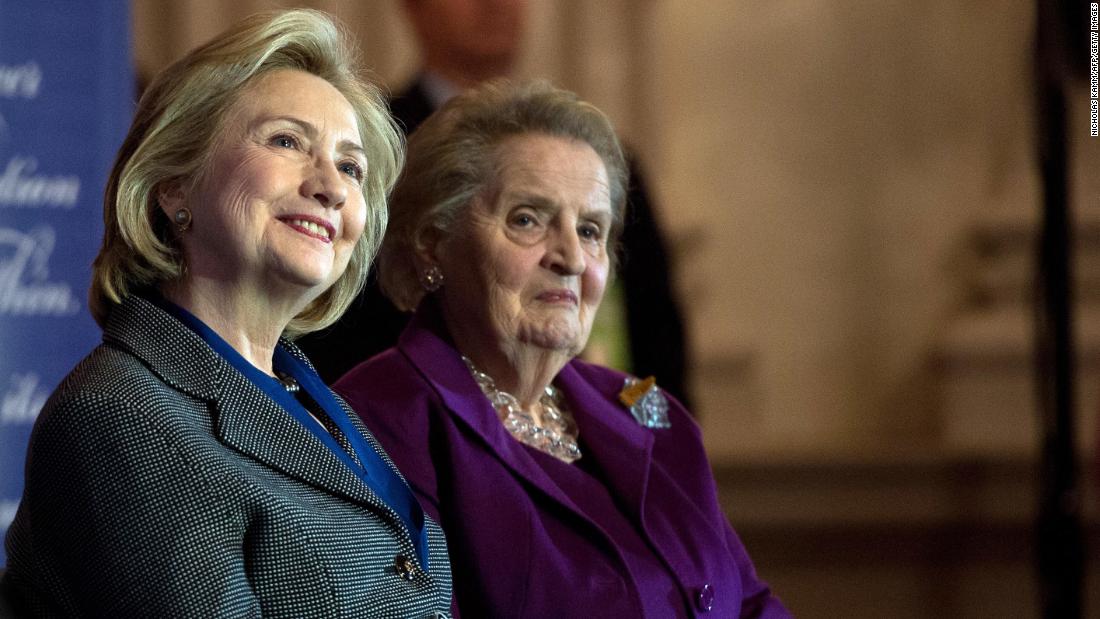 Albright died Wednesday at 84 years old from cancer, according to a family statement.

“I knew that she was sick,” Clinton said, noting that she spoke with Albright “about two weeks ago” by phone to discuss Ukraine. “Until the very end, Christiane, she was strong, lucid, and very much of the same mind she always had been.”

Clinton served as secretary of state from 2009 to 2013, the third woman to hold the role. Albright was the first woman appointed to the position in 1997.

Speaking by phone as she isolates with Covid-19, Clinton praised her predecessor’s “clarity of voice — she had a way of cutting through all the mumbo jumbo to get to the heart of the matter.”

“Based on her immigrant experience, first escaping from the Nazis and then escaping from Stalin’s Communists, she understood viscerally the value of freedom and all of the institutions and laws that undergird it.”

Clinton noted Albright’s leadership during the conflict in the Balkans: “From the very beginning, I think Madeleine more than many others recognized that this was a threat… to European stability and unity, it was a threat to the transatlantic alliance… [She] was very bold and prescient in talking about the stakes for America in this kind of aggression going unchecked.”

Clinton also spoke of Albright’s support for women, including her famous quote that “there’s a special place in hell for women who don’t help each other.”

When Albright repeated the phrase in support of Clinton’s 2016 campaign for the Democratic presidential nomination, she received criticism from some quarters.

“I regret that in the heat of the political campaign she got any pushback at all,” Clinton said. “It is a strong and right statement that women should support and congratulate and applaud other women who are breaking barriers as she did.”

On a personal note, Clinton added, “you could count on her not only for sage advice but for a good time, Christiane, and we had a lot of good times together. So I will miss her, but when I think about her, I just get a huge smile on my face, because she made such a positive impact.”