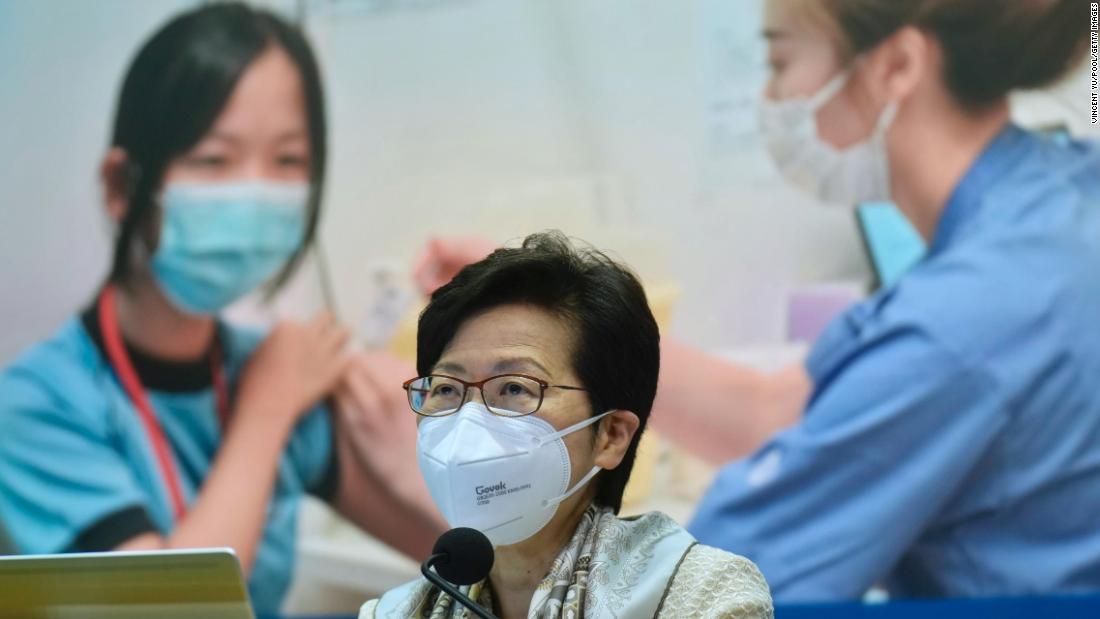 In a press conference Monday, Chief Executive Carrie Lam said that residents of nine countries, including India, the United Kingdom and the United States would be allowed to return home starting April 1. The other nations are Australia, Canada, France, Nepal, Pakistan and the Philippines.

Only vaccinated residents of Hong Kong will be eligible to return from those nine countries. It was not immediately clear what the changes meant for non-residents arriving from any country outside mainland China.

Flights from the nine countries were banned earlier this year, as the Omicron variant was spreading across the world. Lam said the bans weren’t necessary anymore since the coronavirus situation in Hong Kong was no longer any better than in other countries.

Once Asia’s undisputed business hub, the southern Chinese city is currently undergoing a troubling fifth wave of infections, leading to more fatalities, an overload of the health care system, a brain drain and a huge punch to the economy. Despite that, the government has largely remained committed to its “zero Covid” policy, maintaining stringent social distancing requirements and forcing many businesses to close temporarily.

Lam also said that starting next month, vaccinated Hong Kong residents returning from all countries would be asked to quarantine in hotels for seven days, down from 14.

She added that travelers would be allowed to leave hotel quarantine if they tested negative for the virus on the fifth day, followed by negative tests on the sixth and seventh day. However, they would still be required to complete a further seven days of self-monitoring.

Hong Kong’s quarantine restrictions have gained notoriety in the international business community. Previously, the requirement for most inbound travelers was to self-isolate in hotel rooms for three weeks, making it one of the world’s longest quarantines.

Last week, Lam acknowledged the need to improve the city’s standing in global business, saying that the time had come for the government to review border controls.

“I have a very strong feeling that people’s tolerance are fading. I have a very good [feeling] that some of our financial institutions are losing patience about this sort of isolated status of Hong Kong, as Hong Kong is an international financial center,” she said at a press conference.

“We have to make preparations for a relaunch of our economy,” she said Monday.

However, the issue has already prompted a significant exodus.

According to the Hong Kong General Chamber of Commerce, the outflow is affecting businesses across the economy.

In a statement earlier this month, Chairman Peter Wong said that the city was “facing an exodus of educated workers on a scale not seen since the early 1990s.”

— Lizzy Yee contributed to this report.