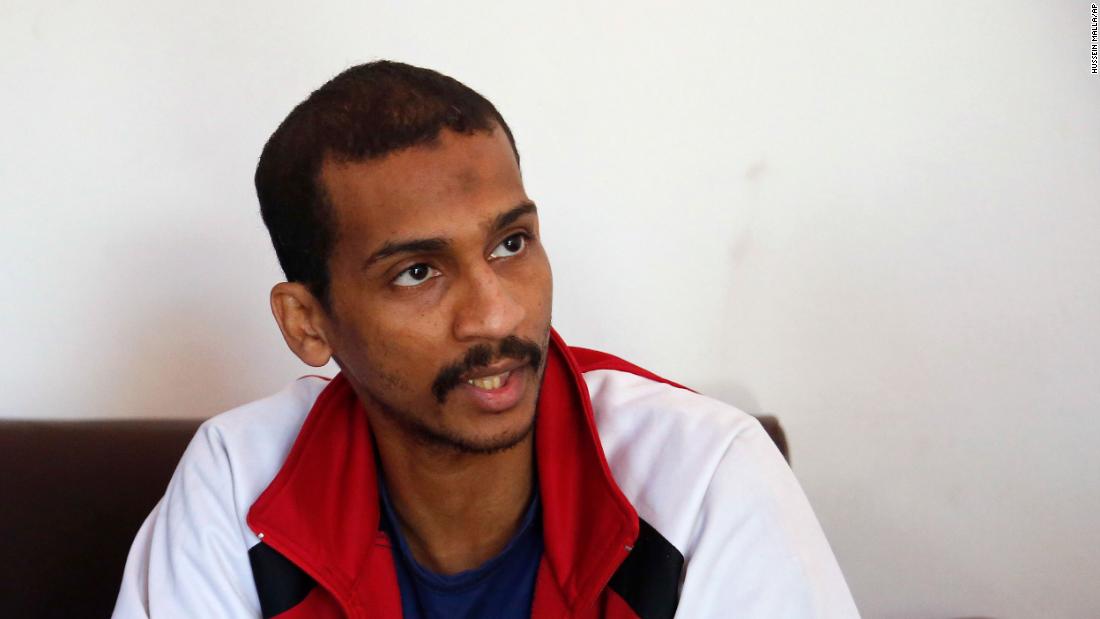 During the second day of trial, Italian aid worker Federico Motka told the jury how he was captured, imprisoned and tortured by the terror cell alongside other hostages who were eventually killed, including Americans James Foley, Steven Sotloff, Kayla Mueller and Peter Kassig.
The so-called Beatles — as the hostages came to call them because of their British accents — were the primary handlers of the hostages and, according to the Department of Justice, Elsheikh is the last of the group to stand trial. His co-defendant pleaded guilty in September and the other member, Mohamed Emwazi, was killed in a drone strike in 2015.

Motka told the jury he was captured in 2013 along with British aid worker David Haines on a trip to Syria to better understand the needs of refugees in the area.

“I think we’re getting kidnapped,” Motka testified that he told his boss on the phone as masked men armed with guns surrounded their car, eventually pulling them out and pushing them in the trunk of their cars.

Motka was moved around to several different locations during the 14 months he was held captive, one of which was a small room with a low roof the hostages nicknamed “the Box.” It was there that they endured what Motka called “the regime of punishment.”

The Beatles, along with someone the hostages called “the Punisher,” would beat and torture Haines, Motka, journalist Foley — one of the Americans named in the charges against Elsheikh — and his colleague, British journalist John Cantlie.

Motka said that the group differentiated the Beatles — who they called John, George and Ringo — by their preferred style of beatings.

“George was more into boxing. John, he kicked a lot,” Motka said, adding that Ringo, who prosecutors say is Elsheikh, “liked wrestling (and) headlocks.” One of those headlocks caused Foley to pass out, Motka testified Thursday.

According to Motka, the hostages were kicked, punched and beaten with a cable regularly by the Beatles and made to “hold stress positions for hours.” They were also forced, Motka testified, to fight one another for their entertainment.

“We barely had the muscle strength to lift our arms,” Motka said.

According to Motka, the Beatles waterboarded him and several other hostages. “That was by far the worst thing that had happened,” he said, after describing losing oxygen, inhaling water and panicking. “There wasn’t a minute’s peace.”

The hostages lost 50 to 70 pounds by the time of the waterboarding, later becoming fully emaciated, Motka said. When they did get food, they couldn’t keep it down. During one long transport in an ISIS caravan, the hostages survived off dates for several days in the back of a truck, he testified.

The courtroom was also shown a video of a Syrian hostage being shot in the head, kneeling at the edge of a pre-dug grave.

Motka identified himself among the group of hostages, who were shown kneeling on the other side of the grave and each holding handwritten signs demanding ransom for their release.

One of the Beatles, Motka testified, asked him what he thought about the execution.