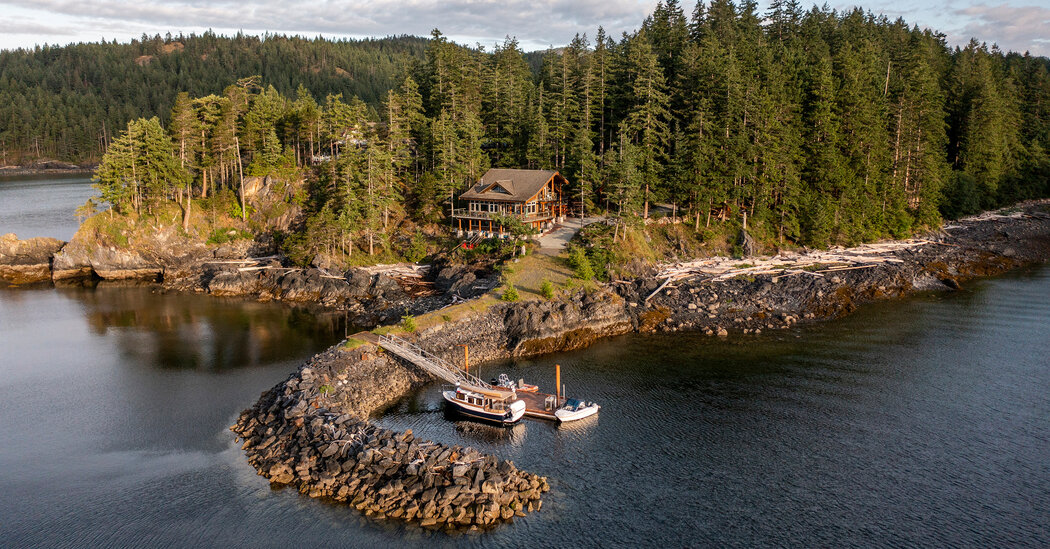 Heriot Bay, about a 20-minute drive, is the nearest village for necessities, Mr. Clevering said. More extensive shopping and dining is available in Campbell River, a city of roughly 35,000 on the east coast of Vancouver Island (not to be confused with the city of Vancouver.) The ferry leaves regularly from Quathiaski Cove, about a half-hour away, and takes about 10 minutes.

The Nuyumbalees Cultural Centre, also in Quathiaski Cove, honors the history and traditions of the Kwakwakaʼwakw peoples. At the northern end of Quadra Island, Main Lake Provincial Park protects a chain of six freshwater lakes and allows camping, canoeing, and hiking.

Quadra Island is the largest of the Discovery Islands, an archipelago situated between Vancouver Island and the mainland of British Columbia, Canada’s westernmost province. The population swells to around 6,000 during the summer months, Mr. Clevering said.

The average sale price for the reported 35 homes sold on Quadra Island as well as neighboring Cortes Island, another busy summer destination, in 2021 was $809,586 Canadian ($635,000), down from the average of $980,431 Canadian ($770,000) for 32 sales in 2020, according to data provided by Erica Kavanaugh, a Realtor with Royal LePage Parksville-Qualicum Beach Realty and the president of the Vancouver Island Real Estate Board. (A single $3.565 million sale on Quadra in 2020, to that point the largest in the island’s history, likely inflated the average that year.)

That average price would likely buy you a house in need of some updating on less than an acre of land without ocean views, Mr. Clevering said. A half-acre building lot with partial ocean views, a well and a septic system in place recently sold on Quadra for $295,000 Canadian ($230,000), he said.