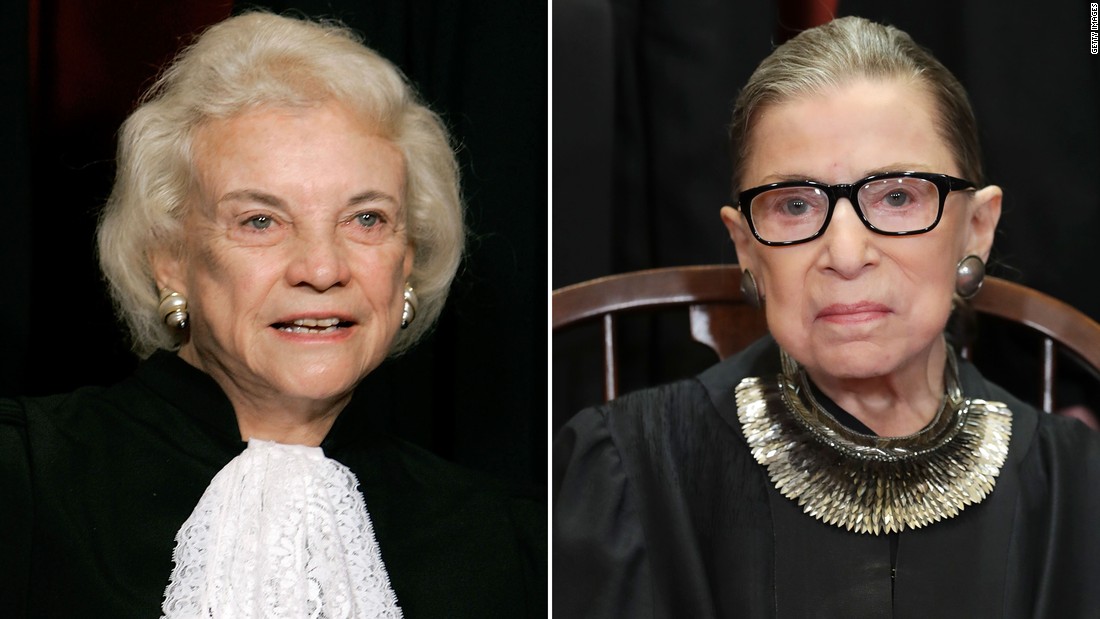 The bill — which passed the House in a 349 to 63 vote — now heads to President Joe Biden‘s desk for his signature. It had cleared the Senate by unanimous consent in December 2021.

The legislation stipulates that the statues should be placed within two years of its enactment, and that priority should be given to any spot close to the old Supreme Court chamber in the Senate wing of the Capitol.

“Tonight, I’m proud to vote to pass a bill that directs the placement of a statue of both Sandra Day O’Connor and Ruth Bader Ginsburg on the U.S. Capitol grounds. Their legacy and service should always be honored and celebrated,” Democratic Rep. Ann Kirkpatrick of Arizona tweeted Monday.
O’Connor was the first woman to serve on the high court, after President Ronald Reagan nominated her in 1981. She became an influential author of decisions on abortion rights, racial affirmative action, criminal procedures and an array of social dilemmas during her quarter century tenure before retiring in 2006 as her husband’s health worsened.
Ginsburg, meanwhile, was appointed in 1993 by President Bill Clinton. She developed a rock star status in Democratic circles and was dubbed the “Notorious R.B.G.”

In speaking events across the country before liberal audiences, Ginsburg was greeted with standing ovations as she spoke about her view of the law, her famed exercise routine and her often fiery dissents. She died in 2020 at age 87 due to complications of metastatic pancreas cancer.

Following her death, congressional Democrats, including Sen. Amy Klobuchar of Minnesota, introduced legislation to create a monument on Capitol Hill in Ginsburg’s honor.
“Justice Ginsburg’s dedication to our country’s values and ideals is an example for every American,” Klobuchar said in a statement last year. “She was an icon and a trailblazer who dedicated her life to opening doors for women at a time when so many insisted on keeping them shut.”
Statues of Ginsburg and O’Connor in the Capitol would join just a few others that depict female pioneers.