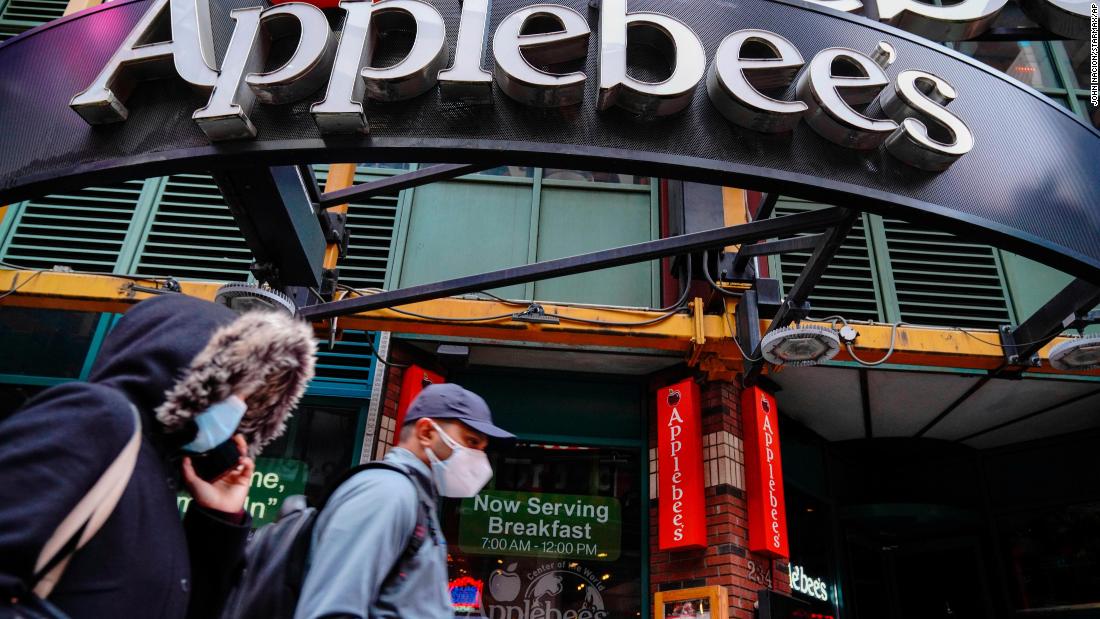 That’s a tricky proposal, especially for fast food, fast casual and casual dining restaurants — places where low prices are part of the appeal.

Take, for example, Applebee’s and IHOP, owned by Dine Brands.

That means franchisees are walking “a tight rope … maintaining value for our customers as well as protecting their margins.” IHOP and Applebee’s franchise operators raised prices between three and four percent last year. Usually, those prices go up somewhere between one and three percent annually.

So how do you raise prices and still convince customers that your food is cheap?

Restaurants hope that customers take more than absolute price into account when they decide where to eat. They might, for example, consider the restaurant’s ambiance, or the amount of food they’re getting for their buck. And they might swallow higher prices at one of their go-to restaurants because those prices are still lower than a competitor’s.

As the situation evolves, customers might want to do some comparison shopping to try to make sure they’re not paying too much.

Brands hope that as prices go up, consumers will make their own calculations — and find that all things considered, the prices are still pretty good.

At Applebee’s, the “value equation … is so much more than price,” Applebee’s president John Cywinski told CNN Business in a recent interview. “It’s the food, it’s the experience, the packaging [if you get something to-go]” he said. “You can get, for a pretty good price, that Applebee’s experience.”

Some places, like Domino’s (DPZ), are taking a more surgical approach, raising prices on some items while keeping others low.
On March 14, Domino’s increased the price of its classic “mix and match” deal by one dollar, from $5.99 to $6.99 — but only on delivery orders. For carryout, the deal is still priced at $5.99.

“We believe that $6.99 is still a great relative value for our delivery customers, offering variety, great taste and a competitive price,” outgoing CEO Ritch Allison said during a March analyst call.

Maintaining the $5.99 price point for carryout serves a double purpose: Giving customers the lower-cost option that they’re used to, and encouraging them to pick food up, rather than get it delivered. Carryout is a more cost effective option for restaurants.
Darden Restaurants (DRI), which owns Olive Garden, Cheddar’s Scratch Kitchen and other restaurants, also hopes that customers will see its prices as relatively affordable, even as they grow, because the price increases are relatively tame.

“We’re going to continue to look for opportunities to price below inflation,” said CFO Rajesh Vennam during a recent analyst call. Darden’s leaders mentioned that Olive Garden is still less expensive than other full-service restaurants.

Inviting customers to compare prices to the competition is a good strategy for major companies that can keep prices low.

But it can also prompt customers to shake things up. And they should — it’s a good time to look around and make sure that your go-to bargain spot is still actually a bargain.

Chipotle (CMG)raised its prices about 10% last year. But, CEO Brian Niccol argued during a February analyst call, Chipotle’s food is a good deal even with higher prices. “The chicken burrito, for most parts of the country, is still less than $8,” he said. “That’s phenomenal value.”

Consumers may well buy that argument.

Before the pandemic, consumers may have had go-to places for the best deal. But a lot has changed since then — and not all in the same way.

“Different companies have different pressures and cost structures,” said Bergen. “It may turn out that Chipotle was the great deal before. But [now] there’s another company that’s a much better deal because of their supply chain or the way they do business.”

Bergen pointed out that while prices are rising, not every item is being impacted in the same way.

“Inflation is not a monolith,” he said. A glance at the Consumer Price Index, a key measure of inflation, offers a good example of how prices fluctuate even within a category.

Overall, food at home got about 8% more expensive over the 12-month period that ended in February, without seasonal adjustments. But some categories saw smaller bumps, and other larger ones.

The price of cheese, for example, went up about 2%. Bacon, on the other hand, went up nearly 19%. So while all companies are dealing with higher prices, not all are necessarily facing the same pressures.

Consumers may be forgiving about price hikes during inflation. But we’re also paying attention to that sticker price, noted Bergen.

“We as consumers tend to experience the absolute prices,” he said. “I think there will be some pushback.”