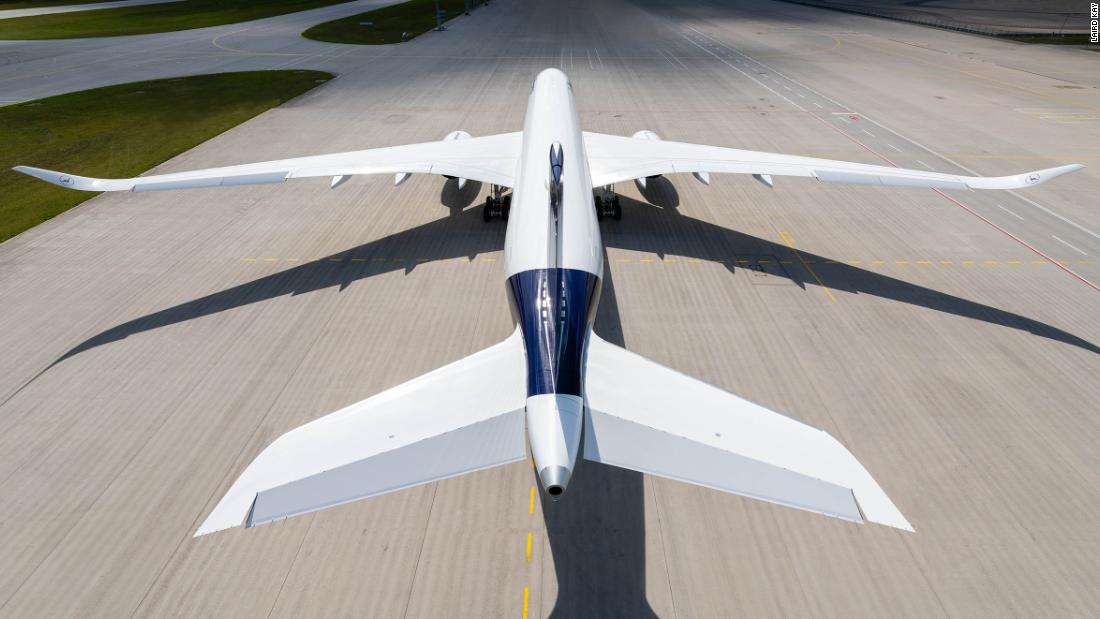 Editor’s Note — Sign up for Unlocking the World, CNN Travel’s weekly newsletter. Get news about destinations opening and closing, inspiration for future adventures, plus the latest in aviation, food and drink, where to stay and other travel developments.

(CNN) — Asked to choose an icon of beauty, most people might think of a landscape, a city skyline or a work of art.

Laird Kay, on the other hand, would say an airplane.

The avgeek — who fell in love with planes as a child on vacation — has always seen aircraft as objects of beauty, as well as of convenience.

In Kay’s photos, airplanes become birds mid-flight, frozen in time on the runway and shot from above. Their wings soar, their noses look like curious beaks. His photos make even details like rivets, insulation and exhaust pipes look beautiful. Planes are, he says, “beautiful objects of sculpture.”

Kay’s story is a fascinating one of a man who turned his hobby into a profession. Perhaps the most astonishing thing is that, although he’s now employed by the likes of Lufthansa, Air Canada and Virgin Atlantic, until a few years ago he was working in a completely different job, and planes were his hobby.

A secret avgeek past

Kay’s work has involved going to an Air France production line to see A220s being built.

“I’ve always been an airplane geek and I’ve always loved photography,” says Kay, who fell in love with aviation on his first flight on a 747 as a child, “in the days when they allowed you into the cockpit.”

But, as he says, “regular life happened.” He became a designer, training for his profession and ending up spending a decade designing wine cellars. But he never forgot his first love, photography — and after 12 years in the design business, he decided to try to pivot.

Interiors or architectural photography was the obvious choice, and his plan. He started freelancing as a photographer — mainly interiors and product shots. But as Kay took his photography further, he found himself hanging out at airports for the first time in his life, combining his photography skills with his other early love — airplanes.

“I’d always been a passive lover of planes,” he says. “I’d been incredibly happy getting on, and would arrive way before takeoff. I loved the airport experience — everything about the travel experience was magical to me.”

But now, he moved from passive to active, going spotting for the first time. “There are some fun places in Toronto where you can get close to where the plane lands — you’re directly under it on its final approach,” he says.

Kay’s pictures of planes landing at his native Toronto, posted on Tumblr, had a very specific aesthetic. He was using his background as a designer to home in on mechanical details, shooting them in ways that those of us without an analytical eye would never notice.

He focuses on details and presents them as sculpture.

“I was doing very tight crops, focusing on details people don’t get to see — under the wings, the rivets — not your typical planespotting pictures,” he says.

“Everyone has what they want to photograph. Some people want to get every Air Canada plane registration number so they have a catalogue. Some are taking pictures because they know their loved ones are on the plane. I was fascinated by the beauty of the machines.

In 2015, after 18 months running his Tumblr, he got an email from Lufthansa, asking if he’d work with them. They wanted him to shoot the delivery flight of their Boeing 747 with retro livery, traveling from Seattle to Frankfurt.

Not only was it his favorite plane, and not only did Kay get an insider’s look at the aircraft — “the economy cabin hadn’t had the seats installed so it was a totally empty space, planes are huge without seats,” he says — but it was the catalyst for a new career.

“I started doing more and more aviation photography,” he says. “More airlines would find me on social media and want to work with me, and I started pitching others, too.” His idea: “to showcase the beauty of the plane” as well as the brand.

Over the past eight years, Kay has transitioned into a seasoned aircraft photographer, which now forms the bulk of his business — propped up by industrial, travel, architecture and interiors shots.

He’s photographed everything from private jets to airplane factories. He’s leaned out of an open helicopter window to shoot LAX airport in Los Angeles, photographed the production line for Air France’s A220s, and shot a campaign for Virgin Atlantic.

And although he’s moved on from Tumblr — he prefers Instagram nowadays — Kay’s aesthetic hasn’t changed.

“What I love is photographing the details people don’t take time to notice,” he says.

“We’re all familiar with the flying experience, but there’s still magic and beauty in it.

“I like finding the curves and textures of the window casing; the pattern of the seatbelt buckle against the seat. Think of all the people in the design process — every touchpoint is incredibly considered. I just want to showcase it — ‘I see what you’ve done, and love it.'”

In fact, Kay calls what he does “product photography on a huge scale.”

“You’re photographing the largeness of the plane, but focusing on the tiny details of the seat, cloth, stitching and whatnot,” he says.

He often gets to shoot crew and airports, too — as well as behind-the-scenes processes like loading and unloading.

Changing a lens above a million-dollar plane has its stresses.

However much love you have for the industry, being an aviation photographer has its downsides.

Sometimes it rains when Kay has been flown in for a shoot — “you go with it,” he says.

And for someone who isn’t great with heights, as he isn’t, it can be tricky. Take the shoot he did for Lufthansa, photographing planes in their new livery from above.

For that one, he was put on a cherry picker and raised 10 feet above the planes, parked on the tarmac.

“I was looking down on an A380 changing a lens, thinking, ‘If I drop this lens, that’s €500 million ($570 million) of damage that’s gonna happen. That was fantastic and I love the shots that I got, but I’ve got sweaty hands just thinking about it.” It ended up being his favorite shoot.

Working on shoots has also been a masterclass in logistics.

“It’s made me incredibly appreciative of how complex airplanes, airlines and airports are,” he says. “It’s a ballet orchestrated to get these planes back and forth, on time, and loaded. Even the logistics of trying to organize a plane [for the shoot] is incredibly difficult. They want aircraft to earn money — having one sit idle for a whole day isn’t easy. Every time I do a shoot, I learn something new.

Planes with the skin off

During the pandemic, things slowed down as they did for everyone in aviation. As he waited for the industry to pick up again, Kay redid his website, learned more about video, and designed an “aviation-inspired wallpaper and products” that he hopes will soon be available. He also listened to airport sounds to remind him of the good times.

By now, things are back to normal. In the last few weeks alone, he’s done a shoot in Los Angeles, and flown Air France for the first time on a job for them in Paris. Part of that was photographing their new A220s in situ. He’d shot the same planes in the summer, on the assembly line in Quebec.

“It was fascinating — like a giant laboratory, so clean, clinical and exact,” he says, saying that the highlights were “seeing the workers putting them together by hand” and “the wonder of all the work that goes into the planes.”

“Seeing how beautiful they are even with the skin off — the insulation, the wiring — it amazes me that people can build something so incredibly beautiful,” he adds.

Airlines tend to fly him over for the jobs — “Great for understanding the passenger experience on the plane I’ll be shooting” — and then give him a day in the destination to acclimatize before doing a sunrise-to-sunset shoot.

“It’s tiring but fun — people who work for airlines are plane geeks so they’re loving it as well,” he says. Little wonder that fellow enthusiasts often offer their assistance. In fact, he met his assistant for a Lufthansa shoot in 2019, Christian Engels, through avgeek circles.

The sky’s the limit

Kay advises photographers to find their own aesthetic.

Where does an aircraft photographer go next? The sky’s the limit, in Kay’s case. He wants to photograph planes in motion, he says — shooting from one plane, as another flies “next to you” (although technically it’s some distance away, of course).

And while he’s shot from a open-doored helicopter over airports and container ships before, he’d love to do that over planes, too. “It’s terrifying, and I do have to psych myself up as someone who doesn’t like heights, but once you’re there you’re concentrating on getting the shots,” he says.

For those who want to follow in his footsteps, the best thing to do is to get out onto the runway, he says.

“Start taking pictures, and find your unique voice in your photos,” he advises. “It was honestly just a hobby for me — I had no idea you could turn this into a career, and I’m incredibly lucky that I did.

“I’m still fascinated with the magic of flight. I’m fascinated how we’ve created this beautiful machine to take us round the world, how many people have been involved in the design process, from the location of the rivets to the curve of the window, and fascinated how that has evolved over time.