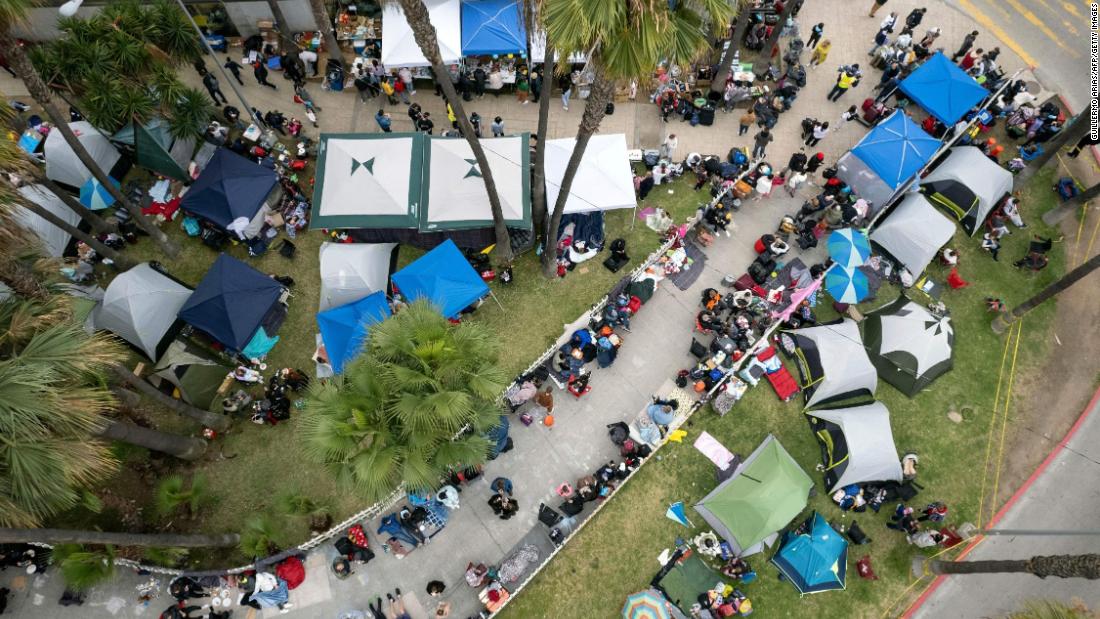 The memo, dated Sunday, is the latest in a series of policy changes that have marked a departure from the Trump administration’s aggressive enforcement measures. It’s also an attempt by the administration to chip away at an immigration court backlog that exceeds 1 million cases. The American Immigration Lawyers Association previously estimated that over 700,000 cases in the backlog are likely low priority cases.
The directive also comes as the Biden administration braces for a surge in border crossings, due in part to the repeal of a public health order on May 23 that allowed them to expel most migrants.
BuzzFeed first reported the DHS memo.

The memo stems from Homeland Security Secretary Alejandro Mayorkas’ guidance last year to prioritize certain immigrants for arrest and deportation. The priorities outlined by DHS are threats to national security, public safety and border security. Recent border-crossers, for example, are a priority under the guidance.

“Prosecutorial discretion is an indispensable feature of any functioning legal system. The exercise of prosecutorial discretion, where appropriate, can preserve limited government resources, achieve just and fair outcomes in individual cases, and advance DHS’s mission of administering and enforcing the immigration laws of the United States in a smart and sensible way that promotes public confidence,” the memo reads.

Immigration arrests in the US have plunged under President Joe Biden compared to his predecessor, who cast a wide net of who was eligible to be taken into custody. Senior ICE officials have emphasized the impact of the pandemic on operations and the focus on serious crimes, like aggravated felonies, as among the reasons for the drop in numbers.