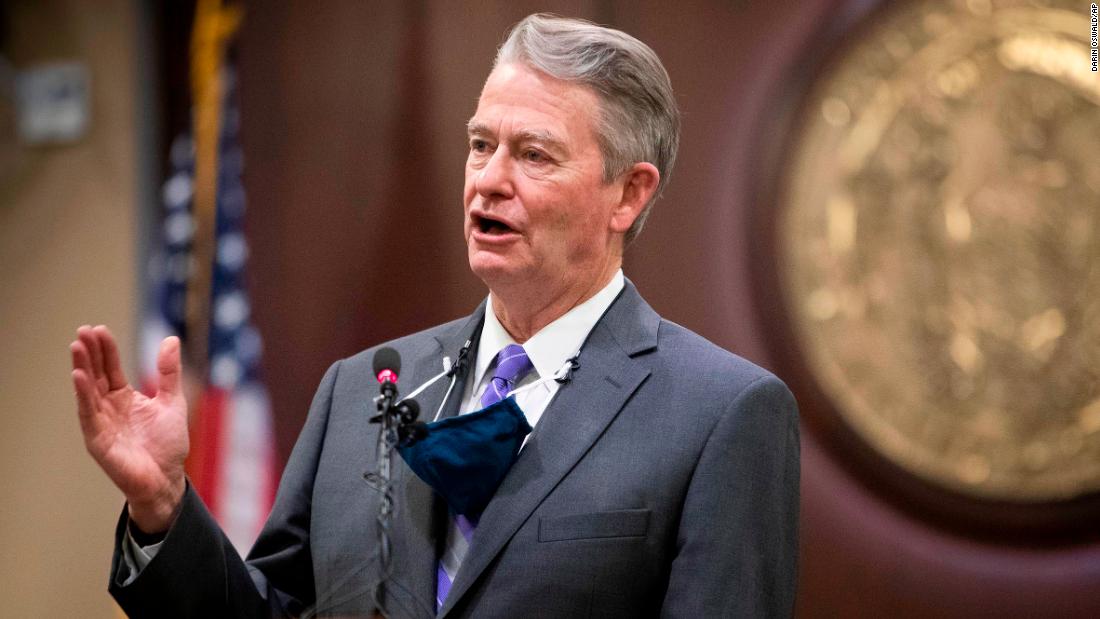 Under the Idaho law, abortions cannot be performed once embryonic or fetal cardiac activity has been detected, and it allows family members of the fetus to bring legal action against the medical provider who performs the abortion.

The so-called “fetal heartbeat” bill allows for exceptions in the case of medical emergencies, rape or incest.

“I stand in solidarity with all Idahoans who seek to protect the lives of preborn babies,” Little said in a letter after signing the bill.

Under the bill, which was passed by the state legislature earlier this month, no one can perform an abortion on a pregnant woman when a fetal heartbeat has been detected, except in the case of a medical emergency, rape or incest. However, the rape and incest exception requires the woman seeking an abortion to have reported the crime to law enforcement and to show the abortion provider a copy of the police report.

It also states that it is inaccurate to use the word “heartbeat” to describe the sound that can be heard on early ultrasounds. What “pregnant people may hear is the ultrasound machine translating electronic impulses that signify fetal cardiac activity into the sound that we recognize as a heartbeat,” it said.

Starting around six weeks, tests may detect electrical activity among cells that will go on to form the heart.

The civil enforcement of the law goes into effect in 30 days, and criminal penalties will not go into effect until a circuit court upholds a fetal heartbeat abortion ban law.

In a statement accompanying his announcement about the signing, Little acknowledged that although he supports the “pro-life policy in this legislation,” he has reservations about how it will be enforced.

“I fear the novel civil enforcement mechanism will in short order be proven both unconstitutional and unwise,” Little said. “Deputizing private citizens to levy hefty monetary fines on the exercise of a disfavored but judicially recognized constitutional right for the purpose of evading court review undermines our constitutional form of government and weakens our collective liberties.”

And while he expressed appreciation for the bill’s exception for cases of rape and incest, he said that “challenges and delays inherent in obtaining the requisite police report render the exception meaningless for many.”

“If the governor’s signing of this cruel, unconstitutional copycat legislation inspires anything, let it be rage and action,” Alexis McGill Johnson, president of Planned Parenthood Action Fund, said in a statement. “We will not sit idly by as Idahoans’ right to abortion is stripped from them. We’ve said it before and we’ll say it again: Planned Parenthood’s doors remain open in Idaho, and we will continue fighting for patients and our communities.”

White House press secretary Jen Psaki said, “We knew that when Texas passed SB8, its extreme law that blatantly violates the constitutional right reaffirmed by Roe v. Wade, it would invite other states to follow. Today, Idaho became the first state to adopt a similar law — a six-week restriction relying on private citizens to enforce the law. This development is devastating for women in Idaho, as it will further impede women’s access to health care, especially those on low incomes and living in rural communities.”
As CNN previously reported, Texas abortion seekers flooded out-of-state clinics after the state’s six-week ban took effect, with clinics in five neighboring states seeing a nearly 800% increase in abortion patients from the Lone Star State, Planned Parenthood said earlier this year.

The past week has seen a flurry of state-level actions on abortion, which has taken on heightened importance at a time when the US Supreme Court is solidly conservative and anti-abortion rights activists hope to overturn Roe v. Wade.

Also on Wednesday, the Oklahoma state legislature passed a bill similar to Texas’ in the state House, and South Dakota Gov. Kristi Noem, a Republican, signed a bill that aims to make it more difficult for pregnant women to obtain abortion medication. In Colorado, the Democratic-led legislature on Wednesday passed a bill affirming women’s right to abortion at a time when “access to abortion and reproductive health care is currently under attack across the nation.”