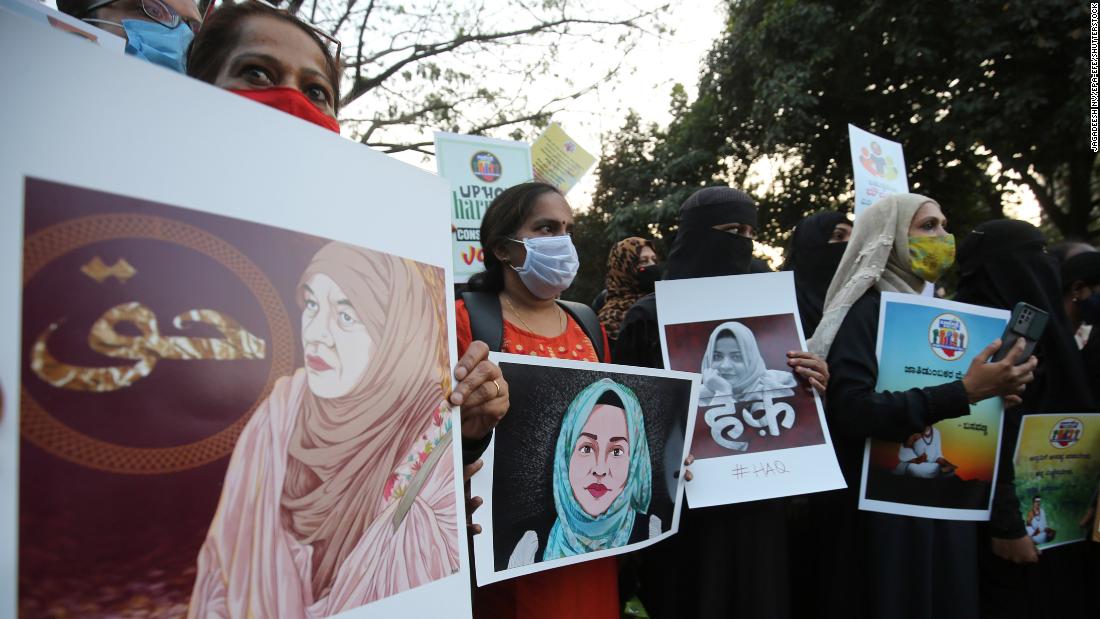 The state’s top court on Tuesday ruled that the hijab was not an “essential religious practice in Islamic faith” and dismissed a set of petitions filed by Muslim students denied entry to classrooms in multiple schools and colleges across the state.

The court also ruled that requirement for students to comply with school uniforms is a “reasonable restriction, constitutionally permissible and which the students cannot object to.”

“I request everybody to follow the high court order and maintain peace and order,” Bommai told reporters Tuesday. “And allow the children to do their education as usual.”

The controversy erupted after students staged a small protest in January demanding they be allowed inside the classroom while wearing the Islamic garments.

The dispute was seen as a symbol of deepening religious tensions in the state, where authorities ordered the closure of all high schools and colleges for several days to discourage protests in early February. Rallies in the state’s capital, Bengaluru, were also banned outside educational institutions for two weeks.

Scores of women from other Indian cities, including capital Delhi, Hyderabad and Kolkata, also took to the streets in support of the Muslim girls.

But experts and activists say the hijab row runs deeper than a dress code, claiming it’s indicative of a wider crackdown on India’s minority Muslim population since Modi’s BJP came to power almost eight years ago.

Karnataka — where just 13% of the population is Muslim — is governed by the BJP, and the state has already passed legislation critics say favors Hindus.

Lawyer Mohammed Tahir, who represented one group of petitioners in court, told CNN last month that Karnataka was a “hotbed” of Hindutva ideology, supported by many right-wing groups, which seeks to make India the land of the Hindus.

“It’s definitely a setback,” one of the girls’ lawyers, Shatabish Shivanna, told CNN affiliate CNN News-18 of Tuesday’s judgment. Shivanna said the parties are considering taking the issue to the Supreme Court.