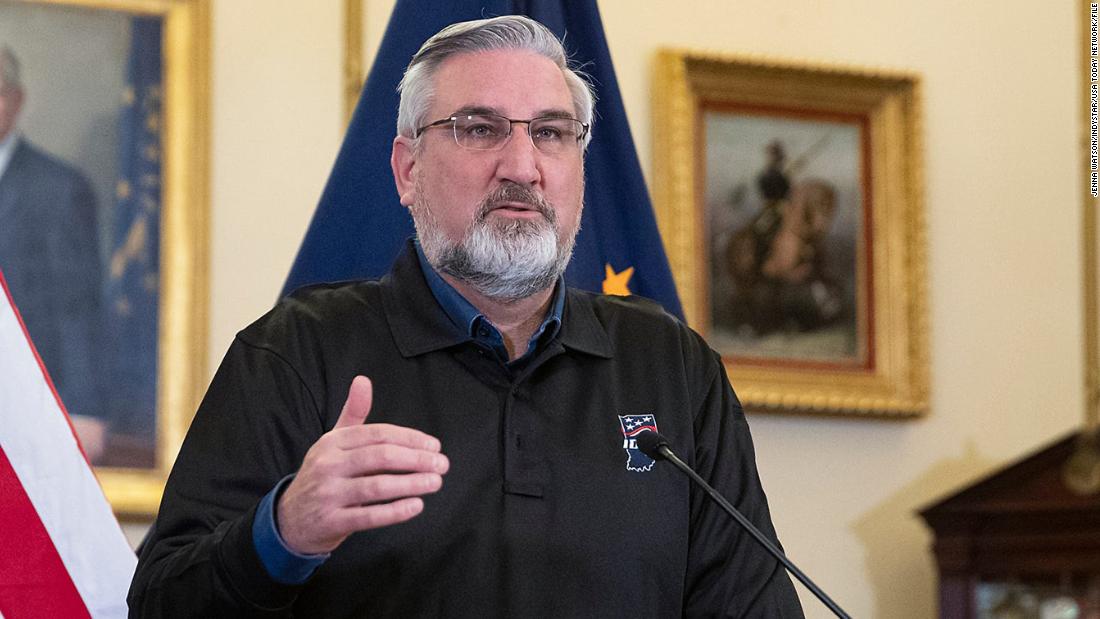 The legislation, which cleared the state legislature earlier this month, states that “a male, based on a student’s biological sex at birth in accordance with the student’s genetics and reproductive biology, may not participate on an athletic team or sport designated under this section as being a female, women’s, or girls’ athletic team or sport.” The bill would also protect schools and athletic associations from liability for enforcing the legislation.
But Holcomb said in a letter Monday, “Amidst the flurry of enthusiasm to protect the integrity and fairness of women’s sports in our state — a worthy cause for sure — this bill leaves too many unanswered questions.” The GOP governor specifically cited concerns about how the legislation would be applied consistently across the state, noted previous lawsuits challenging similar laws across the country and touted Indiana’s K-12 sports program as it stands.

“If it is the goal of HEA 1041 to provide clarity and one consistent state policy regarding the fairness in K-12 sports in Indiana, for me this current bill falls short,” he said.

The debate over the inclusion of transgender athletes, particularly women and girls, has become a political flashpoint in recent years, especially among conservatives.

So far this year, Iowa and South Dakota have approved legislation banning transgender women and girls from participating on sports teams consistent with their gender at accredited schools and colleges. And last year, Alabama, Arkansas, Florida, Mississippi, Montana, Tennessee, Texas and West Virginia enacted similar sports bans, infuriating LGBTQ advocates, who argue conservatives are creating an issue where there isn’t one.

While sex is a category that refers broadly to physiology, a person’s gender is an innate sense of identity. The factors that go into determining the sex listed on a birth certificate may include anatomy, genetics and hormones, and there is broad natural variation in each of these categories. For this reason, critics have said the language of “biological sex,” as used in this legislation, is overly simplistic and misleading.

Advocates of such measures have argued that transgender women and girls have physical advantages ​over cisgender women and girls in sports. But a 2017 report in the journal Sports Medicine that reviewed several related studies found “no direct or consistent research” on trans people having an athletic advantage over their cisgender peers, at any state of their transition, and critics say this legislation would add to the discrimination that trans people face, particularly trans youth.

“This victory belongs to the trans youth of Indiana, who deserve to live as their authentic selves and to play the sports they love, free from discrimination,” Katie Blair, public policy director of the Indiana ACLU, said in a statement Monday. “This win wouldn’t have been possible without the thousands of Hoosiers who voiced their strong opposition to state legislators and who showed up at the Statehouse to oppose this harmful bill. Discrimination has no place in our state.”