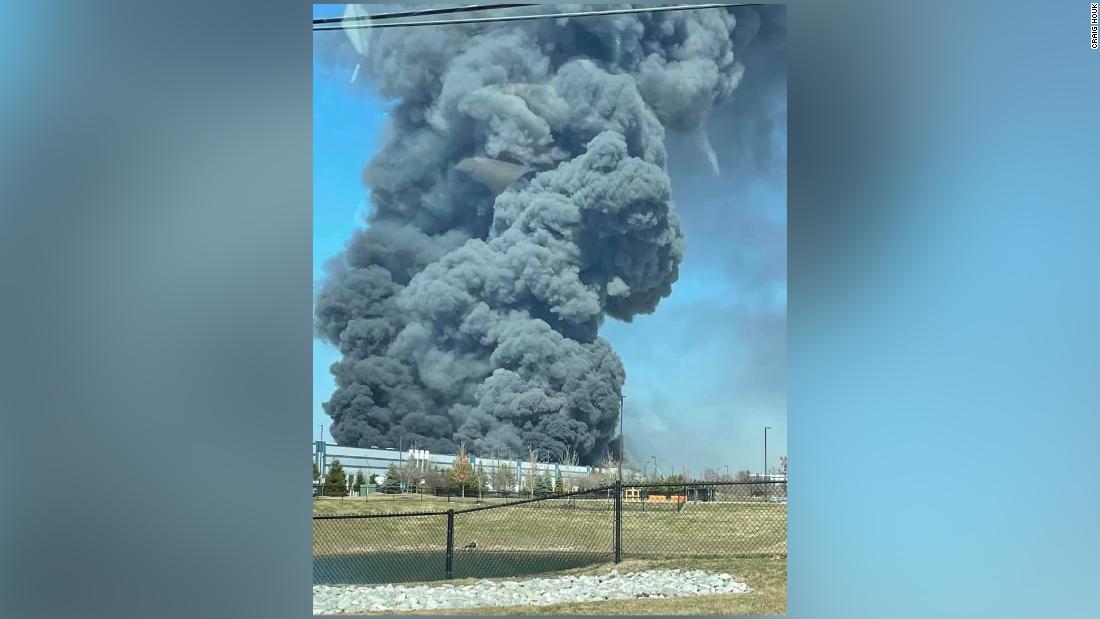 The particulates can cause health problems for “sensitive individuals,” the Hendricks County Health Department said.

Agencies are also testing the air to see if the smoke contained chemicals, and conducting extra tests on water samples to make sure there are no “unexpected impacts,” the health department said.

The fire broke out Wednesday, and the smoke plume showed up on weather radars, affiliate WRTV reported.

By late Friday, crews were working on the remaining hot spots.

About 1,000 people work at that distribution center, the Plainfield Fire Authority said. Residents were encouraged to close doors and windows. No one was injured, town manager Andrew Klinger told CNN in a statement.

“Plainfield would like to commend the plans and efforts of Walmart and fire personnel for assuring we maintained safety of life first and foremost,” he said.

The cause is unknown, the authority said.

A total of 28 engines, 25 ladders, nine medics and 12 tankers were involved in the response, along with 400 firefighters, the authority said.

CNN’s Rebekah Riess and Amy Simonson contributed to this report.