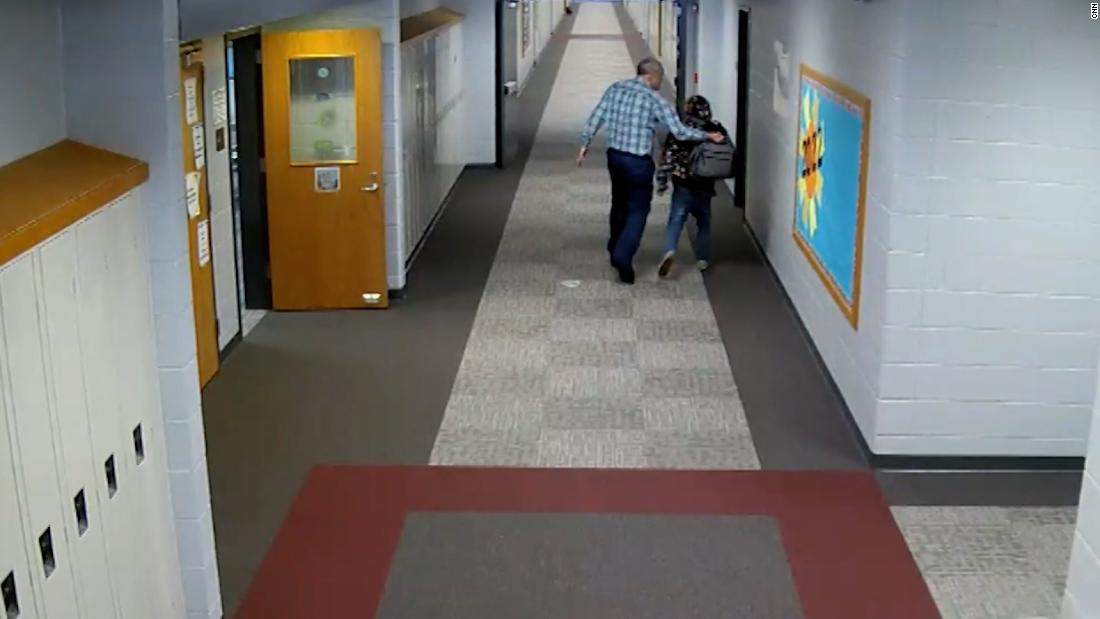 In the video, teacher Michael Hosinski jogs down a hallway at the school, appearing to chase after a student and grabs the student by the backpack. Hosinski, 61, points his finger at the student and then hits the student in the face, knocking the student’s head into the wall.

As the student holds their head with one hand, Hosinski grabs the student by the arm and begins to pull the student down the hallway before the student falls to the ground. At that point, another adult appears in the video, and Hosinski walks away from the student.

After a police investigation, Hosinski was preliminarily charged with battery, which is a felony, the Elkhart County Sheriff’s Office said in a news release posted to Facebook Thursday evening. A request for formal charges has been submitted, the sheriff’s office said.

CNN was not able to determine if Hosinski has legal representation and could not reach him for comment.

Hosinski, a 40-year teaching veteran who a school social media post named its Teacher of the Year for 2020, had planned to retire as a World Civilization and Sociology teacher in June, according to school board meeting minutes from January.

Less than two hours after Hosinski hit the student on February 25, he requested that the Baugo Community School Board grant him early retirement, Superintendent Byron Sanders said in a letter to families on Sunday.

On February 28, the school board unanimously approved the early retirement request. Hosinski will receive all usual retirement benefits, a source familiar with board policies told CNN.

What triggered the confrontation

The altercation began after Hosinski confronted the student about wearing a hooded sweatshirt to class, Sanders said in a February 25 news release. Hoods are not allowed in school except on special days, the school’s handbook shows.

From there, a verbal exchange ensued, and Hosinski slapped the student in the face and the student’s head hit the wall, causing “visible injuries,” Sanders said.

Medical staff treated the student immediately, and administrators contacted the Elkhart County Sheriff’s Office and the Indiana Department of Child Services, according to Sanders’ release.

Brian Heinemann, deputy director of communications for the Indiana Department of Child Services, told CNN in an email, “Unfortunately, Indiana confidentiality laws prohibit us from commenting on DCS involvement, even to confirm or deny an investigation.”