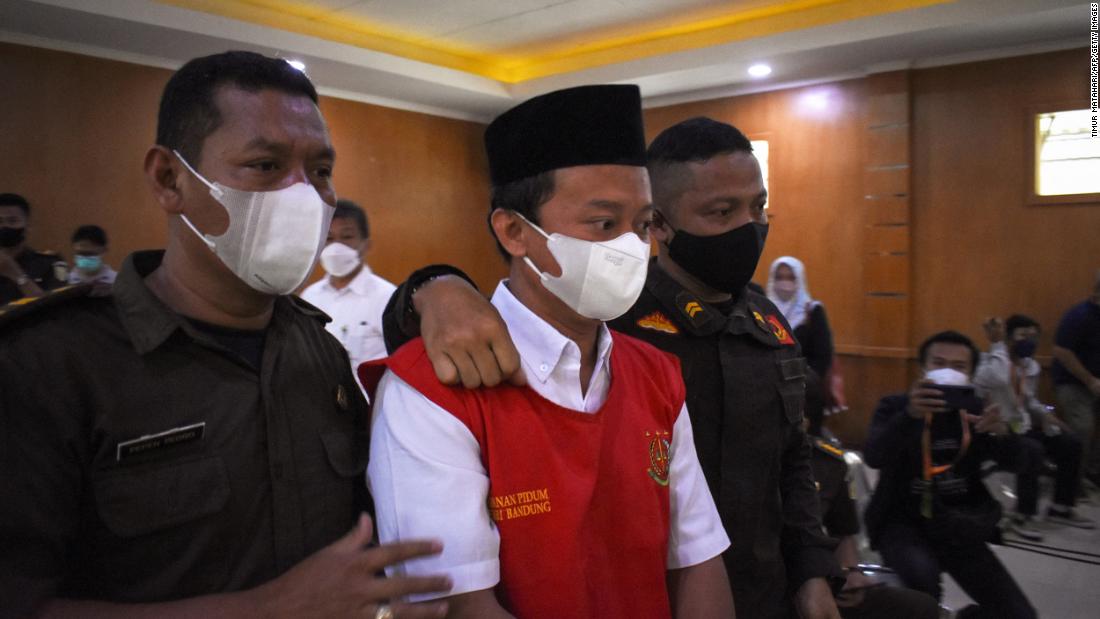 Judge Yohannes Purnomo Suryo Adi said that teacher Herry Wirawan had sexually groomed the 13 girls, who were between 12 and 16 years old, and impregnated eight of his victims, some of whom suffered injuries from the rapes.

“Wirawan was proven guilty…of the crimes of purposely committing violence, forcing intercourse on more than one victim repeatedly,” the judge told the court in the city of Bandung in West Java.

Herry’s lawyer, Ira Mambo, said he would speak to his client about whether to appeal the verdict.

Prosecutors had sought the death penalty or chemical castration for the teacher, citing the severity of the crimes, which occurred between 2016 and 2021.

In 2016, an Indonesian court sentenced to death the leader of a gang of men and boys who raped and murdered a schoolgirl in a case that prompted President Joko Widodo to impose harsher punishments for attacks on children.

This included a regulation to allow for chemical castration of child offenders that the president signed into law in 2020, despite opposition from rights activists.

Indonesia, the world’s biggest Muslim majority country, has tens of thousands of Islamic boarding schools and other religious schools that often provide the only way for the children of poorer families to get an education.

Dedeh Marlina, a 42-year-old housewife living near the school where Herry taught, said she was relieved the perpetrator had been stopped but that the damage had been done.

“I know most of them came from poor families in remote areas…unfortunately they are now carrying the burden of what happened,” she said.