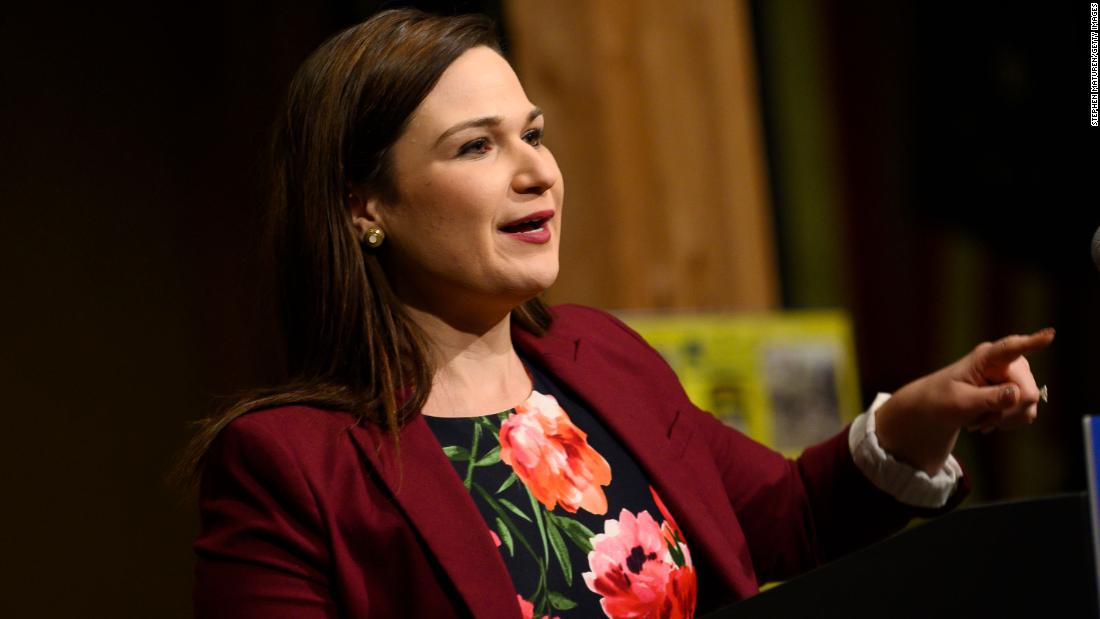 “Ms. Finkenauer’s name shall not be included on the primary ballot for the Democratic Primary for U.S. Senate,” Polk County District Judge Scott Beattie wrote in the ruling.

The ruling centers around a dispute over the signatures required to get on the ballot. Although Finkenaur’s campaign submitted more than the necessary 3,500 signatures, the judge found that she did not meet the requirement that each candidate have at least 100 signatures from at least 19 Iowa counties due to questions about three signatures obtained from Allamakee and Cedar counties.

“The Court takes no joy in this conclusion,” Beattie wrote. “This Court should not be in the position to make a difference in an election, and Ms. Finkenauer and her supporters should have a chance to advance her candidacy. However, this Court’s job is to sit as a referee and apply the law without passion or prejudice. It is required to rule without consideration of the politics of the day.”

Finkenauer responded to the ruling by saying her campaign was “exploring all of our options to fight back hard against this meritless partisan attack, and to ensure that the voices of Iowans will be heard at the ballot box” and said they are “confident that we have met the requirements to be on the ballot.”

What comes next in Finkenauer’s attempt to make the ballot depends on what avenue the Democratic candidate plans to take. One move could be to appeal the ruling to the Iowa Supreme Court, something Democrats in the state said Monday was likely.

Finkenauer could also accept the ruling and run as a write-in candidate in the June primary. This could be complicated by the fact that although Finkenauer, a former congresswoman, was the frontrunner in the Democratic field, she is running against two other Democrats: Glenn Hurst, a city council member in Minden, Iowa, and Mike Franken, a retired Navy admiral.

Republicans have been challenging Finkenauer’s signatures, initially bringing the complaint to the State Objections Panel. The state body decided in March that Finkenauer could stay on the ballot, but just narrowly. The panel found that Finkenauer submitted at least 100 signatures from 20 counties and needed 19. One of those counties was knocked out by the objection but she was able to squeak by with 100 signatures in one challenged county and 101 in two others.

But Republicans successfully brought this lawsuit, saying the panel incorrectly interpreted the law.

“Not qualifying for the ballot is a complete and utter embarrassment,” Kaufmann said.