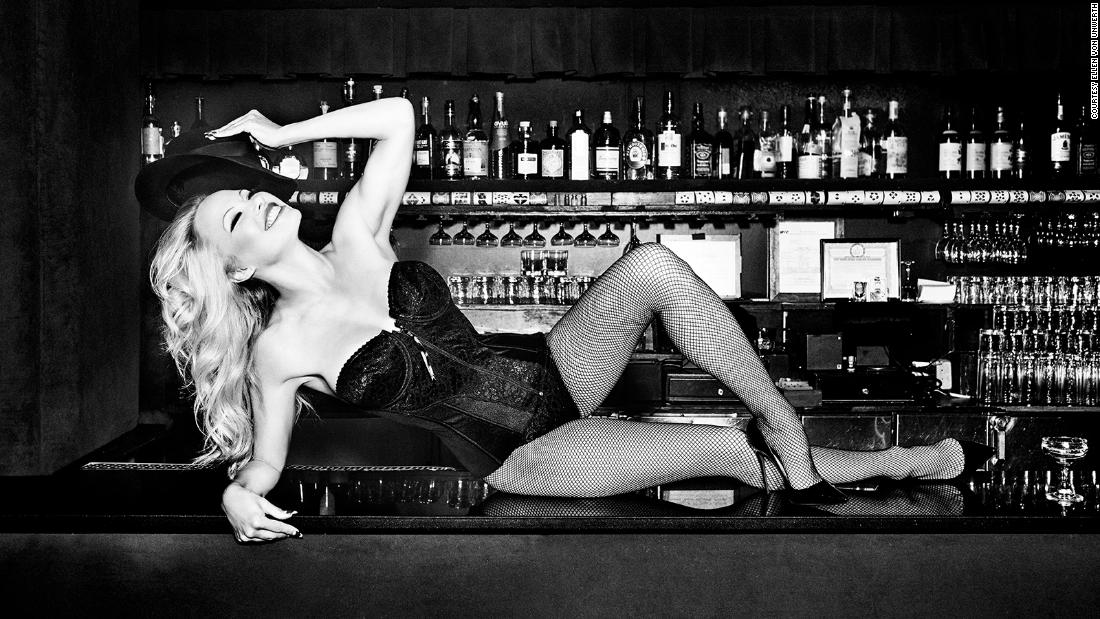 In just a matter of days, she’ll take the stage for what she says is the most important role of her career: as Roxie Hart in Bob Fosse’s musical “Chicago.”

“I just threw myself into rehearsals,” she told CNN. “And it was six, seven, maybe eight hours a day. I was doing four hours of dance, one hour voice, two hours of acting … Then I came to New York and got thrown right into it with David Bushman and the director. I’m just like, ‘I’m doing this, I’m doing this!’

“And it’s incredible because I didn’t realize — obviously, your voice, it’s a muscle, and so every day my voice is getting stronger and stronger to the point where I’m just looking behind me going, who’s singing like that?'”

Anderson says she was first approached about the role 11 years ago but turned it down. Raising her kids without the help of a nanny, she said she didn’t want to leave her two sons at the time.

“I couldn’t even imagine that was something I could do,” she said. “Especially with young kids. My kids were early teens at that time.”

But she says the stars aligned when she got the call from acclaimed Broadway producer Barry Weissler just a few months ago. She’ll step onto the stage for the first time in the iconic role on Tuesday at the Ambassador Theater.

Anderson, who was born and raised in the small Canadian town of Ladysmith, got her start in Hollywood as a model and went on to become one of the most recognizable Playboy stars, having landed her first cover on the magazine in 1989.

She made her acting debut in ABC’s “Home Improvement,” but then landed the role that made her a household name: C.J. Parker on “Baywatch,” which she starred on for five seasons until 1997. Over the course of her career she’s been in over 20 films and had countless television roles.

But when it comes to the stage, this is a first.

“I’m gonna be so nervous,” she smiles. “But I also love the live audience. I’ve done a little bit of public speaking like at Oxford and Cambridge about veganism and things like that … so I think I’m really going to love it.”

Anderson’s name has been in the zeitgeist of conversation in recent months, with the recent streaming series regarding an infamous videotape and everyone waiting for her to break her silence. But she has yet to address it publicly.

Instead, she says, she made the purposeful decision to return to the spotlight with her craft.

“I was just on my little ranch in Canada with my dogs and my gardens and everything. It’s been a long time since I’ve done anything, but I’ve never done anything at this level.”

Anderson then stands up and walks to two adjacent closets filled with designer clothing. She begins holding up dresses, jackets and blouses that all look a bit familiar. It’s because they are. Anderson shipped her most iconic looks from the 90s to wear in New York.

“I never shop,” she says, holding a Chanel jacket. “This is all from stuff that I’ve had for forever. I’m only shopping in my closet,” she laughs.

Anderson says the preparation for “Chicago” has been all-encompassing — she even finds herself waking up in the middle of the night, reciting her monologue.

“I’m dreaming and I wake up and I’m just talking. And then I go, okay, that was interesting. I go back to sleep and it’s just like, I’m dancing in my mind,” she said.

“I’m not a dancer. So I had to kind of put all this together. I don’t even know how I did it. The show is very physical. I’m doing the original choreography, which I think doesn’t always happen. So they’re giving me everything and you get one thing and they give you more. I’m like, ‘No! I just learned this. Now there’s a whole exit dance?’ My head, it’s going to explode. But I do it. And then I get it. I’m like, ‘Okay, I got this.'”

After about 30 minutes responding to questions, Anderson she trails off, staring at a towering pile of papers on the other side of her sprawling hotel suite.

“When I was a lot younger, I took my power back in certain situations, and it feels the same way [now],” she said. “It feels like another step closer to taking my power back and really taking it back. It’s very empowering. And it does feel I’m being supported. I’m being rooted for, that’s a new feeling for me. I don’t want to let anybody down, but I also really don’t want to let myself down. I feel like this is my moment to shine.”

As for all of the recent attention she’s getting, she says she has “a feeling this might be the beginning of something really interesting for me.”

“And in a way where I feel respected, honored, all those weird things that I never felt before. So it’s a very strange feeling … I always knew, even as a young girl, I remember at five years old thinking that I was going to do something that was going to be unexpected. … not to prove people wrong, but just to prove to myself that I was much more capable of something great.”