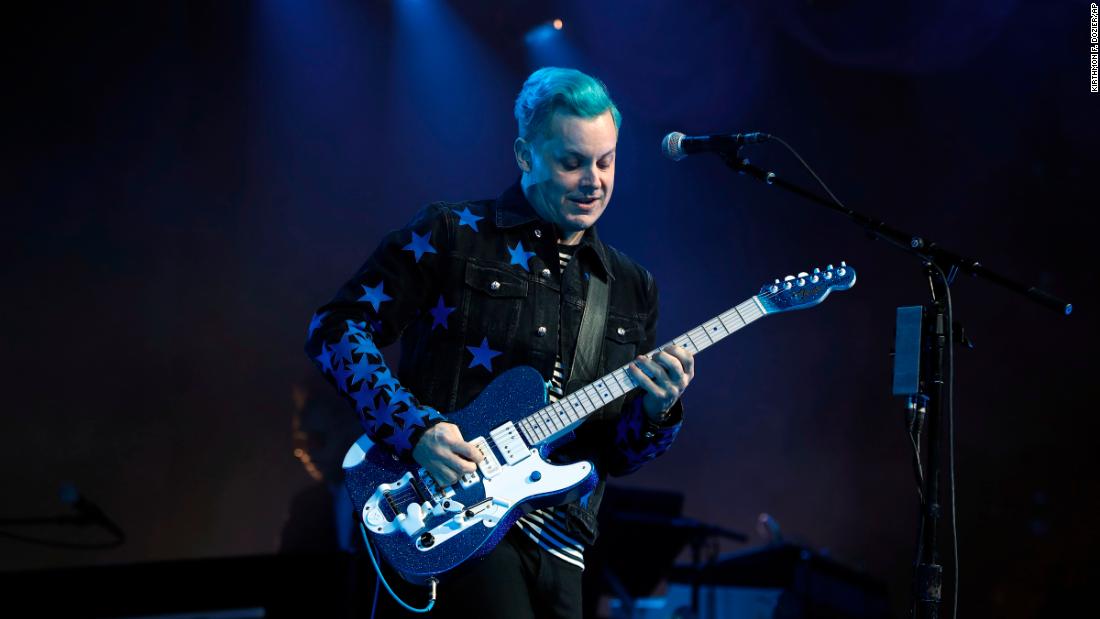 The rocker, best known for being one half of The White Stripes, seemingly confirmed the news on Instagram with a photo of him and Jean on stage. The sold-out show at the Masonic Temple in White’s hometown was the first stop on his “Supply Chain Issues” tour.
During the concert, White brought Jean, who is a singer and the opening act, on stage for a duet of the White Stripes’ 2001 “Hotel Yorba,” according to The Detroit News. Jean had performed solo but is also lead singer of The Black Belles.

After introducing her to the crowd as his girlfriend, White then presented a ring and asked her to marry him.

The engagement was brief, as a small group — including White’s mother, Jean’s father and an officiant — quickly gathered on stage to make the marriage official.

With the wedding complete, White resumed performing and finished the 90-minute concert.

This is White’s third marriage. He was previously married to Meg White of The White Stripes and model and singer Karen Elson.