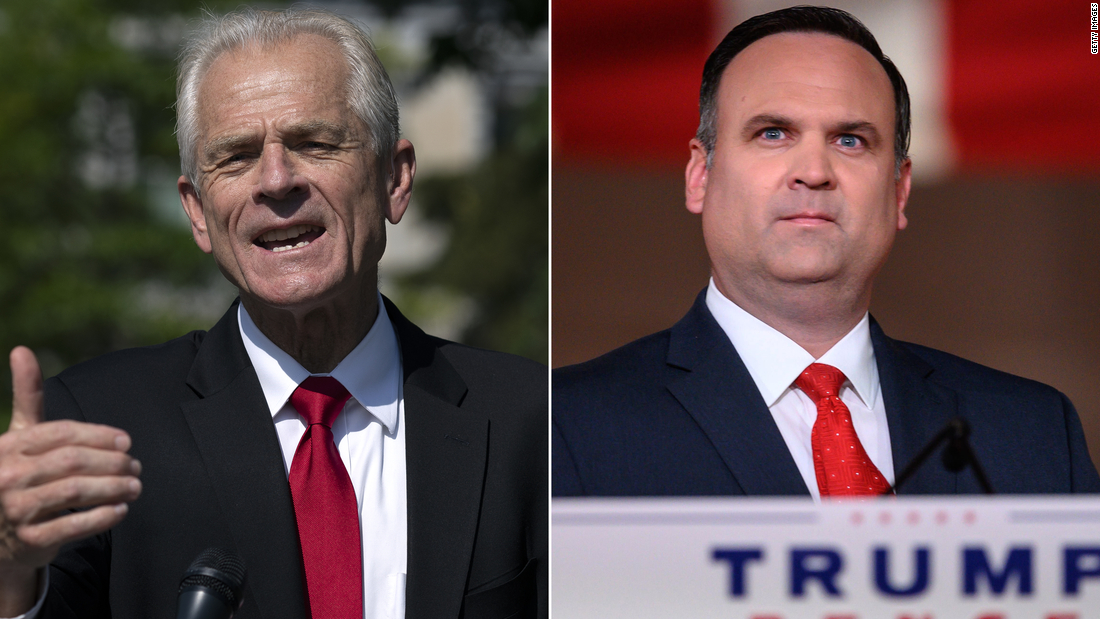 The filing comes ahead of the committee’s planned business meeting on Monday to vote on a criminal referral of both men for failing to comply with their subpoenas.

Scavino used a series of delay tactics to prevent any type of substantive cooperation with its investigation, according to the committee, which argues he never substantively engaged and therefore was in violation of his subpoena.

“Mr. Scavino reportedly attended several meetings with the President in which challenges to the election were discussed,” the committee writes in its report. “Mr. Scavino also tracked social media on behalf of President Trump, and he did so at a time when sites reportedly frequented by Mr. Scavino suggested the possibility of violence on January 6th.”

The committee cites news stories that discuss Scavino tracking the website “TheDonald.win,” which their report describes as a “an online forum frequented by individuals who openly advocated and planned violence in the weeks leading up to January 6th.”

The committee also make note of the fact that Scavino once held a Q-and-A on a subreddit channel that was the precursor to the TheDonald.win.

Scavino is one of former President Donald Trump’s closest and most loyal allies, having served in the administration from beginning to end and as one of Trump’s earliest campaign staffers.

He was intimately involved with Trump’s social media channels, often posting message to Trump’s followers on the then-President’s behalf. The committee believes Scavino is privy to meetings and details of the events leading up to and on January 6, including strategy sessions that were directly tied to Trump’s attempts to overturn the 2020 presidential election results.

The committee accuses Navarro, a former White House trade adviser, of making no effort to comply with its subpoena request, claiming that Navarro made it clear that he was unable to cooperate because Trump had asserted executive privilege in the matter.

The committee responded by informing him that there were several topic areas it wanted to discuss with him that were not covered under privilege, but Navarro rejected the offer. Navarro also asked the committee if the proceedings would be held in public. He ultimately closed off communication with the committee and referred all questions regarding his cooperation to Trump and his attorneys.

The committee made note of Navarro citing privilege despite the fact that many of the topics it wanted to discuss with him he had already wrote about in great detail in his book.

”There are topics that the Select Committee believes it can discuss with [him] without raising any executive privilege concerns at all, including, but not limited to, questions related to [his] public three-part report about purported fraud in the November 2020 election and the plan [he] described in [his] book,” the committee wrote in an email to Navarro on March 1.

“In the days leading up to January 6, 2021, according to evidence obtained by the Select Committee, Mr. Navarro also encouraged Mark Meadows (and possibly others) to call Roger Stone to discuss January 6th,” the committee wrote.

Navarro has been very public about his attempts to work with the Trump campaign to subvert the 2020 election. In his book, he details a plan called the “Green Bay Sweep,” which involved convincing state leaders in several swing states to call into question the election results in an attempt to delay and eventually prevent the certification.

CNN has reached out to Scavino and Navarro for comment.

The committee is expected to advance the contempt report Monday evening during a public business meeting. The referral would then go to the full House for a vote, where it would then be sent to the Department of Justice, which will decide if there is enough evidence to prosecute.

The committee has advanced three previous criminal referrals. The first, for former Trump adviser Steve Bannon, was picked up by DOJ and has led to an indictment of Bannon. He faces a criminal trial this summer.

DOJ is still reviewing the contempt referral of former White House chief of staff Mark Meadows, which the full House voted on in December.

A third contempt referral, for former DOJ staffer Jeffrey Clark, was voted out of committee but did not make it to the House floor after Clark agreed to meet with the committee. Clark sat for an interview but pleaded the 5th Amendment more than 100 times.

This story has been updated with additional information.