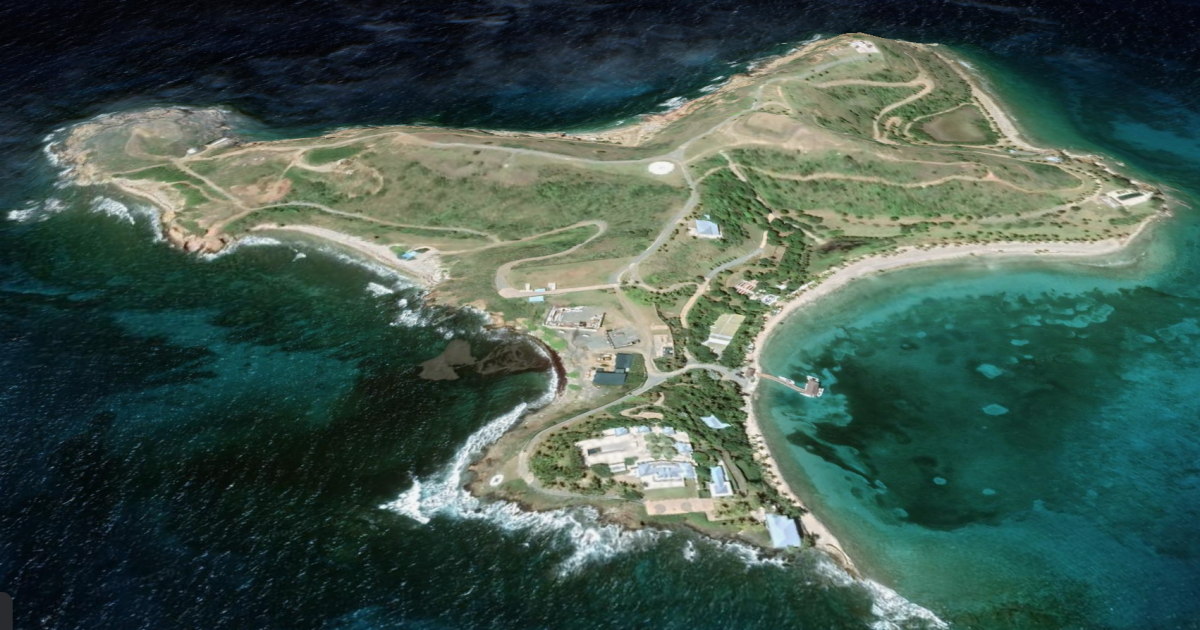 Jeffrey Epstein’s Caribbean compound — dubbed “Pedophile Island” after prosecutors alleged that the disgraced financier brought underage girls there to be sexually assaulted by Epstein and his associates — is on the market for $125 million, The Times has confirmed.

Found in the U.S. Virgin Islands near the southeast coast of St. Thomas, the tropical retreat consists of two islands: Great St. James and Little St. James, the latter of which is where the assault of minors was alleged to take place. The pair combine for 230 acres.

The listing is held by Bespoke Real Estate, a luxury brokerage whose website says the compound has “unparalleled access to the Caribbean’s most elite activities” and offers potential buyers the chance to move in, renovate or rebuild. The brokerage had no comment on the sale.

Epstein, a convicted sex offender who died by apparent suicide in a New York jail in 2019, bought Little St. James for $7.95 million in 1998 and spent the following years turning the 70-acre spread into a palm-topped paradise complete with a sprawling stone mansion topped with a turquoise roof, four guest villas, two pools, a gym, tiki hut, dock and helicopter pad. Other flourishes include a life-size Holstein-Friesian cow statue.

At the edge of the island, there’s a mysterious blue-and-white-striped building topped by a gold dome and two cockatiel statues. Workers on the island were told it was a music room complete with a grand piano and acoustic walls, but the building’s temple-like design has sparked intense scrutiny from conspiracy theorists who, in light of the allegations, claim the space could’ve been used to abuse minors brought to the island.

FBI agents raided the island after Epstein’s death, and the property has become a hot spot for tourists, who charter boats to get a closer glimpse of the spread that was once patrolled by armed guards during Epstein’s time there.

Epstein bought the neighboring island, Great St. James, in 2016. The larger of the two at roughly 160 acres, the island is less developed with winding paths through forested hills. The highlight is Christmas Cove, an inlet on the western coast of the property.

The proceeds of the sale will go toward the Epstein estate’s resolution of outstanding lawsuits, according to the Wall Street Journal, which first reported the story.

The islands are a small piece of Epstein’s country-spanning collection of real estate, which also includes a New Mexico ranch, Florida compound and 40-room New York mansion that sold for $51 million last year.