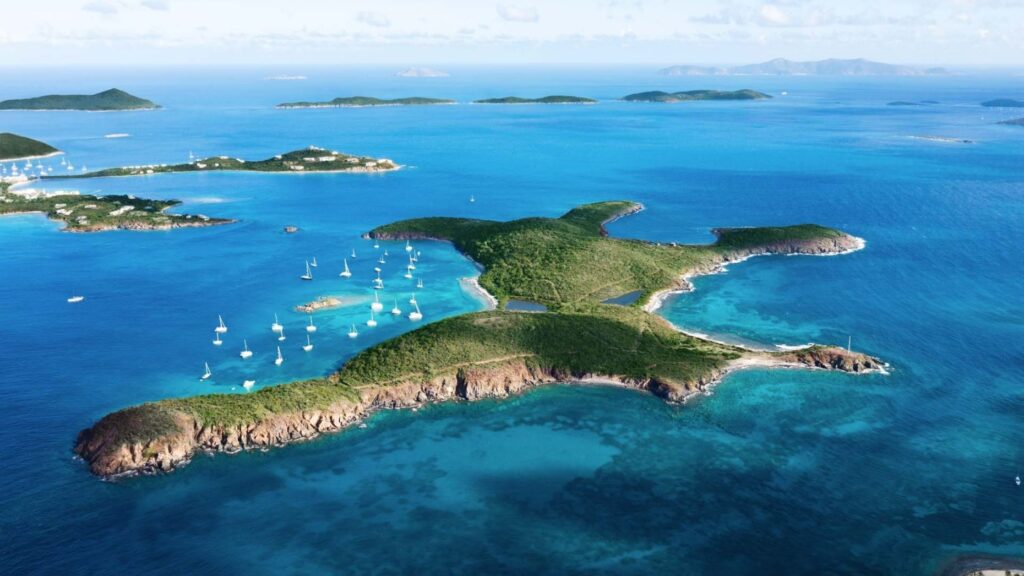 The two islands, which occupy more than 230 acres altogether, were a significant part of Epstein’s robust property portfolio that spanned across New York City, Palm Beach, New Mexico and Paris.

Great Saint James island is more than 160 acres large and is located about five minutes across the bay from Saint Thomas, with “awe-inspiring views” of the marine preserve Christmas Cove, the listing description states. The island is relatively undeveloped with just a few existing structures. Epstein purchased it for about $20 million in 2016.

The smaller island, Little Saint James, is more than 70 acres large and more developed, the listing notes, with features such as a helipad, a private dock, a gas station, two pools, a main residential compound, four guest villas, three private beaches, a gym, a tiki hut and other maintenance structures. Little Saint James was purchased by Epstein in 1998 at an undisclosed price. 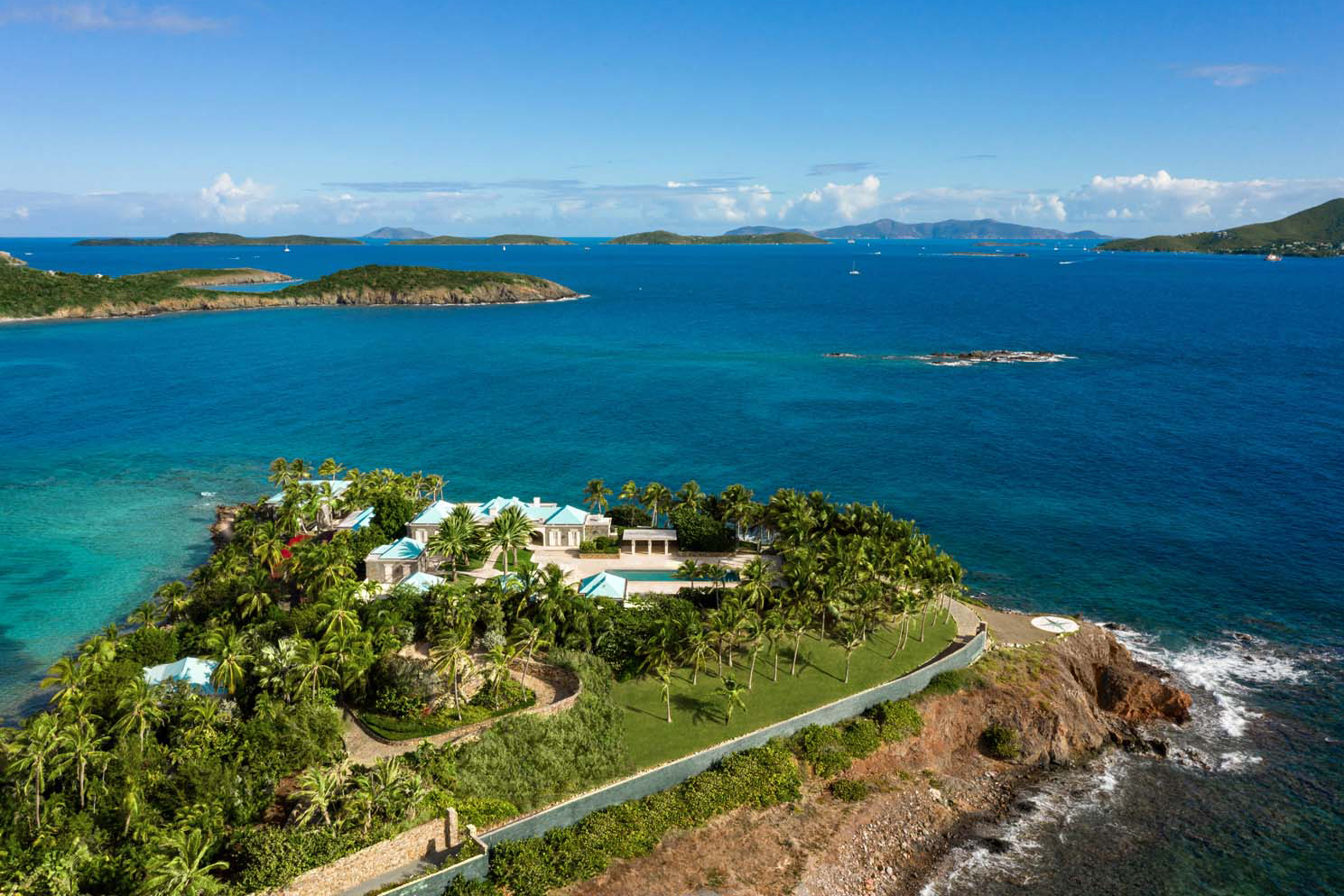 Virgin Islands prosecutors alleged in early 2020 that Epstein had brought girls as young as 11-years-old to the islands via his yacht and private helicopter and that he and his associates then sexually assaulted the girls. In 2019, Epstein was found dead at a New York jail of an apparent suicide while awaiting trail on federal sex trafficking charges. 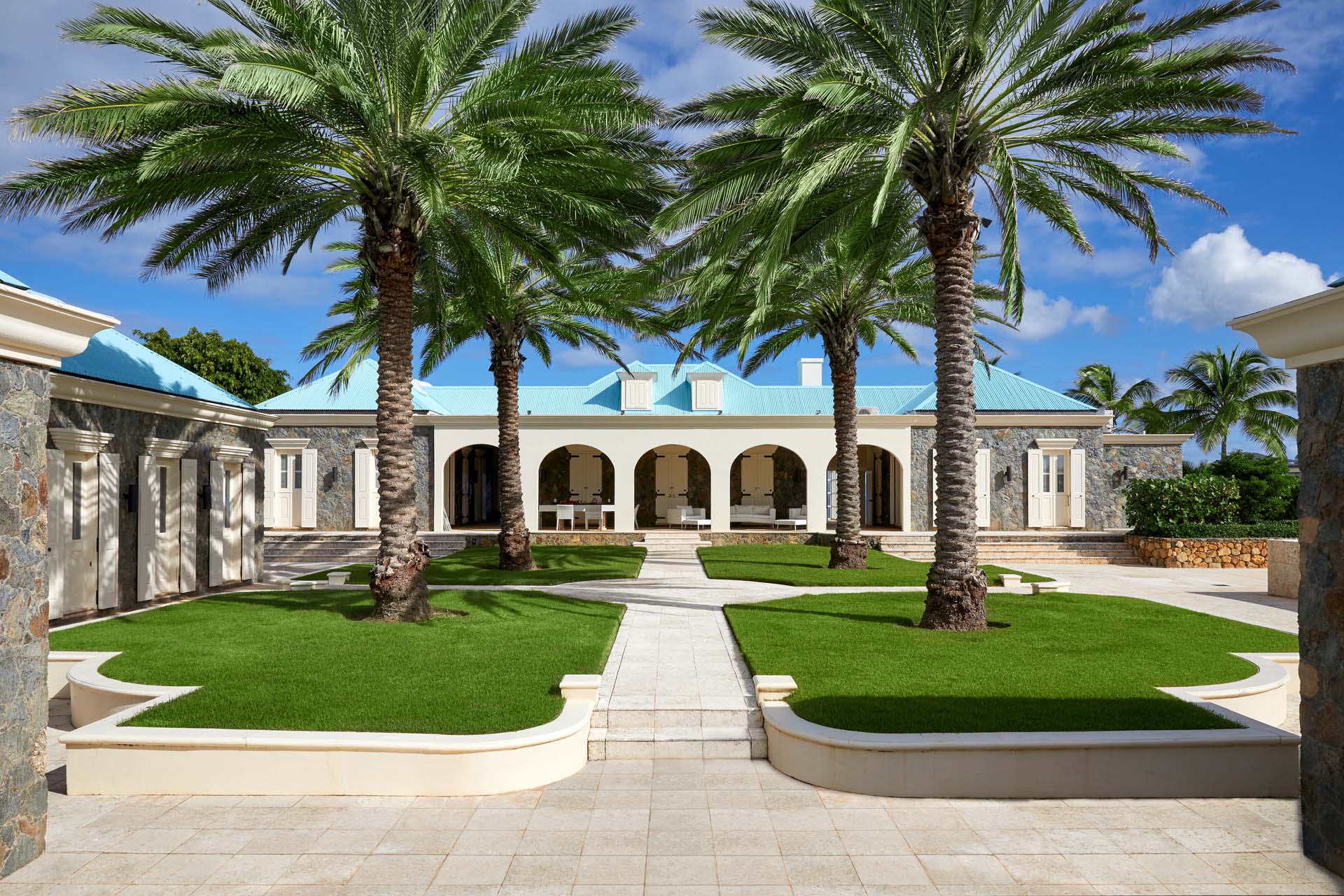 Proceeds from the sale of the islands will go to the Epstein estate’s outstanding lawsuits and expenses related to the estate’s operations, Daniel Weiner, an attorney for the Epstein estate, told The Journal. Those proceeds will be subject to tax authorities, creditors and other claimants, as well as liens placed on the properties by U.S. Virgin Islands Attorney General Denise George, Weiner added.

Thus far, about $121 million of Epstein’s estate has gone to the financier’s victims of sexual assault through the Epstein Victims’ Compensation Program, which concluded its operations in August 2021, according to Weiner.

A few of the other properties in Epstein’s portfolio have already been sold, including his Upper East Side Manhattan mansion, which sold for $51 million in March 2021, and his Palm Beach home, which sold to a developer for $18.5 million the same month and was subsequently flipped to a venture capitalist for $26 million. Epstein’s New Mexico and Paris properties are also currently on the market.