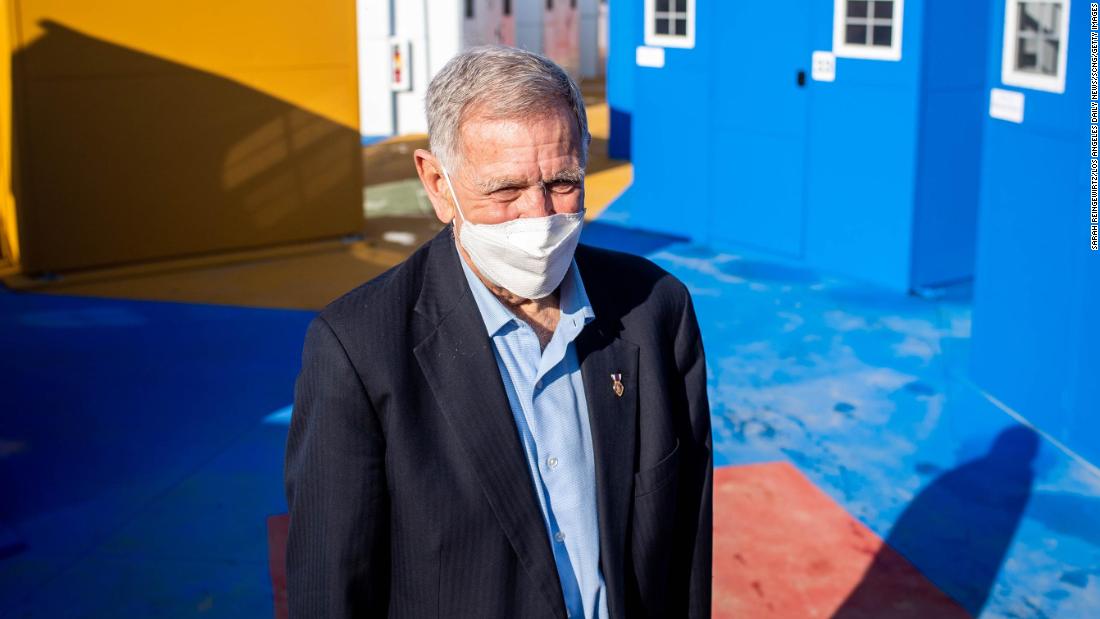 Carter made headlines Monday when he said that former President Donald Trump and attorney John Eastman may have been planning a crime as they sought to disrupt the congressional certification of the presidential election on January 6.
“Based on the evidence, the Court finds it more likely than not that President Trump corruptly attempted to obstruct the Joint Session of Congress on January 6, 2021,” Carter wrote on Monday.

Carter does not have the ability to prosecute Trump, but his reasoning is an acknowledgment by a federal court that Trump’s interest in overturning the election could be considered criminal.

The Southern California federal judge is a Marine and attended UCLA for his undergraduate and law school studies. He was nominated to the federal bench by former President Bill Clinton in 1998, according to Ballotpedia. Carter also previously ran as a Democrat to represent California’s 38th Congressional District, but his efforts were unsuccessful, according to the Los Angeles Times.
Perhaps until Monday, Carter’s most famous national ruling was against the late Anna Nicole Smith as she attempted to sanction her late husband’s estate for millions.

The judge’s unorthodox methods were on high display when he drew ire from the American Civil Liberties Union in 1990 for duct-taping the mouths of defendants in his courtroom. According to an LA Times article from the time, he “began ordering his bailiff to wrap duct tape around the mouths of defendants who used profanity or spit at court personnel.”
Stepping out from behind the bench, Carter utilized a hands on approach in 2018, and walked the homeless encampments in Orange County and spoke with its residents when presiding over a case on evictions.
Last year, Carter ordered the county and city of Los Angeles to provide shelter for the homeless on Skid Row. At the height of the Covid-19 pandemic, this time with a mask, the judge once again went to see and interact with the population whom his verdict would impact.
Carter cited structural racism in his ruling: “When state inaction has become so egregious, and the state so nonfunctional, as to create a death rate for Black people so disproportionate to their racial composition in the general population, the Court can only reach one conclusion — state inaction has become state action that is strongly likely in violation of the Equal Protection Clause.”
An appeals court later vacated Carter’s ruling saying that the district court “abused it’s discretion.”