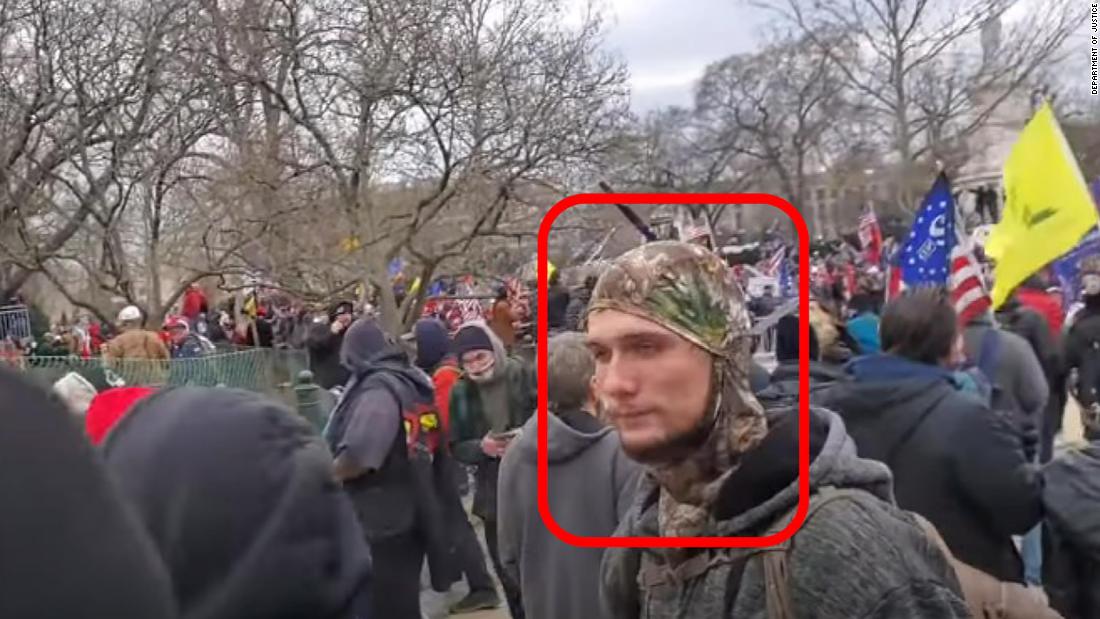 Riley Kasper was arrested on Thursday and is facing six federal charges, including assaulting law enforcement using a deadly or dangerous weapon. He is scheduled to make his first appearance in federal court Thursday.

According to videos highlighted in court documents, Kasper pepper-sprayed police officers who were standing between him and the Capitol building. In a Facebook message, Kasper said he was part of the first group to knock down the gate and force police to retreat.

“I pepper sprayed 3 cops so bad they got undressed and went home,” he wrote, adding, “I basically organized my own little militia and we f–ing took over Congress.”

“I didn’t drive 14 hours for nothing,” Kasper added.

The day after the insurrection, prosecutors say, Kasper brainstormed how he could disguise paintball guns as automatic rifles to trick and “incapacitate” police officers should he return to DC and described how “satisfying” it was to assault police.

“But yeah, one dude got pulled into the crowd and slammed on the ground on his back and his club, pepper spray, cuffs, radio everything got ripped from his belt,” Kasper said in one message highlighted in court documents. Kasper said he “took out his baton” and screamed at the officer to “just go home.”

More than 245 people are facing charges for assaulting or impeding law enforcement on January 6, and overall, nearly 800 people have been charged in connection with the insurrection.