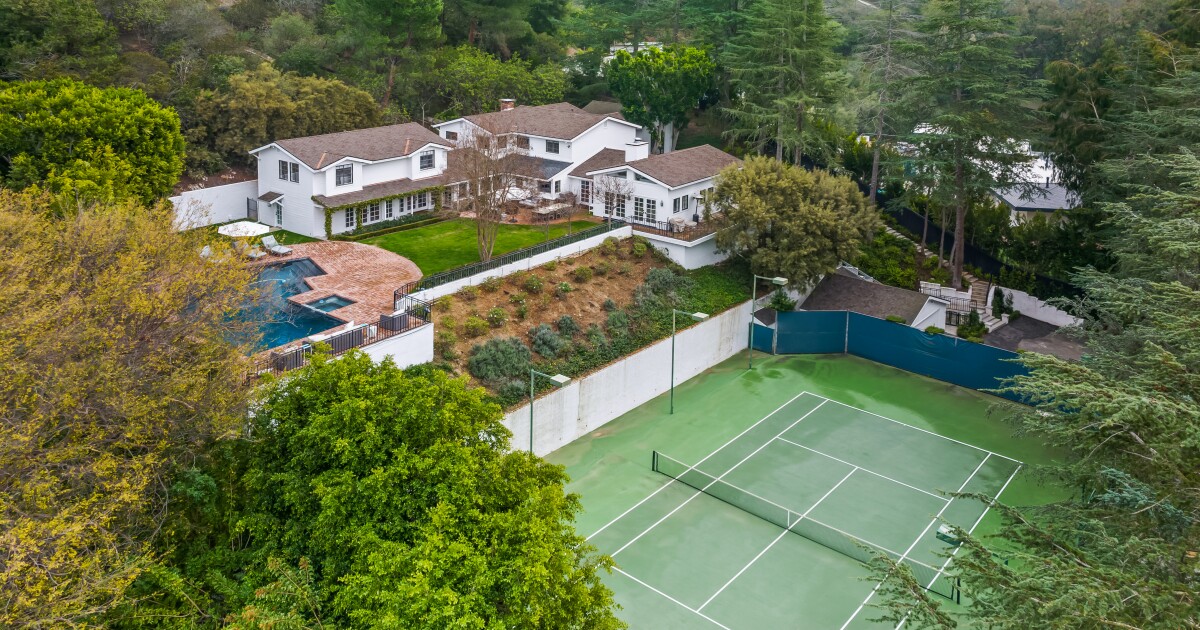 After half a decade in Benedict Canyon, baseball star Justin Verlander and model Kate Upton are asking $11.75 million for their traditional-style estate. That’s more than double the $5.25 million they paid for it in 2016, records show.

The property comes with plenty of celebrity pedigree; Verlander and Upton bought it from film producer Jon Peters, who bought it from tennis star Pete Sampras in 2004. Before Sampras, it was owned by saxophone legend Kenny G.

Built in the 1970s but updated since, the compound occupies a sloping hillside lot of more than 1.5 acres. An L-shaped house and swimming pool sit at the top of the property, and down below, there’s a tennis court.

Inside, touches of marble, hardwood and stone break up the otherwise crisp white living spaces. Vaulted ceilings hang above the entertainment area, where a billiards room with a bar connects to a movie theater and wine cellar. Four bedrooms and 4.5 bathrooms complete the 5,521-square-foot floor plan.

An eight-time all-star, Verlander has pitched for the Detroit Tigers and Houston Astros during a decorated career that has seen him win the American League most valuable player award once and the Cy Young Award twice. The 38-year-old has tossed three no-hitters and won a World Series title with the Astros in 2017.

Upton, 29, rose to fame as a Sports Illustrated Swimsuit Issue cover model and has also acted, appearing in the films “Tower Heist,” “The Other Woman” and “The Layover.”